Canada could very well have its strongest Olympic figure skating team in 30 years.

Ice dancers Tessa Virtue and Scott Moir are the most successful Canadian ice dance team in history, being the first North Americans to win the Olympic Gold Medal for ice dance at the 2010 Vancouver Olympic Games.

Here’s more about Virtue and Moir on and off the ice:

1. Virtue & Moir Have Skated Together for 20 Years

The 2017-18 season marks Virtue and Moir’s 20th year as ice dance partners. They first teamed up in 1997— making them the longest lasting dance team in Canadian history.

In fact, a sport partnership of this longevity is almost unheard of.

“Our first time out she was seven and I was nine,” Moir told CBC in March. “We’ve shared a lot over the years. We’ve gone through growth spurts at basically the same time and the homes where we grew up were very close to each other.”

They were initially paired by Moir’s aunt, who was coaching them at the time.

After winning the Canadian Junior title in 2004, they became Canada’s top ice dance couple in 2007 and won the silver medal at the 2008 World Figure Skating Championships. 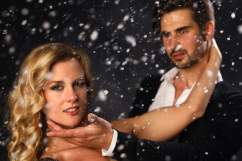 2. Virtue & Moir Became The Youngest Ice Dance Pair to Win the Olympics in 2010

GettyTessa Virtue and Scott Moir compete in the free dance portion of the Ice Dance competition on day 11 of the 2010 Vancouver Winter Olympics.

Virtue and Moir made history when they became the first North Americans to win the Olympic Gold Medal for ice dance at the 2010 Vancouver Olympic Games. They were also the youngest, and the first team to win a gold medal at their first Olympic Games at 20 and 22 years of age.

They earned 68.41 points in the original dance, placing first in that segment of the competition. They scored 110.42 points in the free dance, easily winning the gold medal overall with a total score of 221.57, surpassing silver medalists Meryl Davis and Charlie White by 5.83 points. 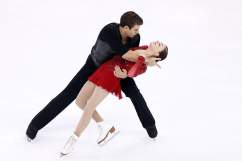 After winning silver at the Sochi Olympics in 2014, they thought their competitive career had come to a close. After all, they had already won everything they could win.

However, they soon realized they missed the structure of elite skating and thrill of competition. After a two-year break, they decided to return to training.

“After Sochi, we took time to do everything, step outside the skating world, and have lives — and it was wonderful,” Virtue told the National Post. “But there was a certain void that we tried to fill. And then over time, just realized we missed the structure of training and waking up with a purpose, and having goals in mind, daily goals, weekly goals, seasonal goals.

They returned to competition for the 2016-17 season, and made a coaching transition. Instead of working with their old coach Marina Zoueva, they moved to Montreal to train with Marie-France Dubreuil and Patrice Lauzon.

Virtue told the National Post their return to the ice was “just pure elation. Pure joy. And truly a renewed sense of passion for skating.”

“It’s been really refreshing to be athletes again,” Moir said. “It was such a neat feeling to be back in that athletic space.”

GettyGold medalists Tessa Virtue and Scott Moir of Canada pose on the podium during the medals ceremony of the Ice Dance in ISU Four Continents Figure Skating Championships.

Virtue and Moir’s comeback season started in the fall of 2016 at the Skate Canada International event.

Next up was the NHK Trophy event in Sapporo, Japan, and the first time that Virtue and Moir competed against two-time world champions from France, Gabriella Papadakis and Guillaume Cizeron. Virtue and Moir dominated the short, free and overall scores to take the title.

In the Grand Prix Final, they took a decisive win— marking the first time they won the event after five previous attempts which resulted in four silver medals.

In January 2017, they won their seventh Canadian national title in January 2017 and their third Four Continents win on the Pyeongchang 2018 Olympic ice surface in February.

Their outstanding comeback continued when they captured their third ice dance title at the world figure skating championships in Helsinki, Finland.

Virtue and Moir took a huge 5.5-point lead into the free dance, scored 116.19 for their program to Pilgrims on a Long Journey by French-Canadian artist Coeur de pirate, and Sam Smith’s Latch. 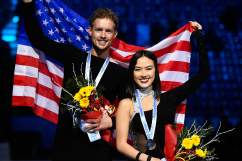 5. Virtue & Moir Published a Book Together

In October 2010, Virtue and Moir, published a book about their ice dance partnership and career. The book, Tessa and Scott: Our Journey from Childhood Dream to Gold, gives insight into how they grew from young children into Olympic medalists and World Champions.

In late 2013, they filmed a TV show, which aired on W Network called Tessa and Scott. The show focused on their training for the Olympics, and aired in January 2014.