The Cleveland Cavaliers are in a state of flux. The coaching situation is up in the air, as it was reported that John Beilein will no longer lead the team. However, the issues in Cleveland go beyond the head coach, as the roster requires upgrades. The team acquired Andre Drummond at the trade deadline, adding another body to a crowded frontcourt, and more needs to be done to fix the situation.

Here are four moves that would help the Cavaliers turn around their franchise this offseason. 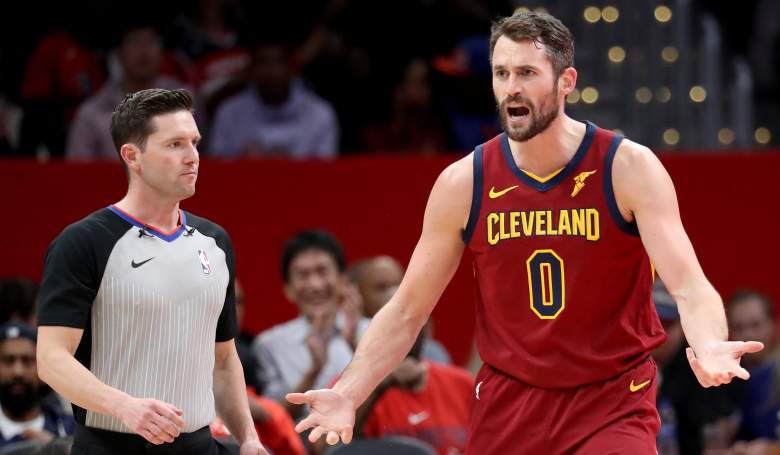 Send Kevin Love to the Knicks

Trading Kevin Love isn’t the easiest task. Some teams believe the power forward’s contract makes him unworthy of acquiring and would want an asset to take on the 31-year-old. He has three-plus and roughly $91M on his deal after this one.

Having over a quarter of the salary cap tied up in Love isn’t the greatest outcome. The Knicks just spent significant cap space on rental players and the 2020 free-agent market isn’t expected to plush with top talent. Adding Love would help raise the team’s ceiling and his fit next to R.J. Barrett would be intriguing from an on-court perspective, but also from a financial one. Barrett is on an affordable rookie-scale contract through the 2022-23 season, which is the same length as Love’s deal.

The Cavaliers are still looking for a first-round pick in exchange for Love, though it wouldn’t be surprising if the team settles on a young prospect or two and a second-rounder. Kevin Knox has struggled to find a consistent role with New York and when he has seen court time, he’s been unimpressive. Perhaps a change of scenery for the No. 9 overall pick would help him to reach his potential.

New York can package Knox with Bobby Portis, who has a team option on his deal for next year, or they could simply decline that option and clear out the space to acquire Love without sending back significant salary.

The Collin Sexton-Darius Garland combo has been questionable since day one. Sexton has played more off the ball this year—a decision likely fueled by his 40.2 percent mark from beyond the arc last season–and Garland has picked up as much of the traditional point guard duties as he can handle.

The duo is not going to work long-term. Sexton likely needs the ball in his hand more often and with Garland needing the same, it makes for an awkward fit. If this were a case of two All-Stars, perhaps it would be a prudent decision to keep both, as talent over fit has worked in the NBA. However, this team needs talent and trading away one of the two to bring in value elsewhere on the roster would do wonders for the franchise.

Boston would be a nice fit for Sexton as a back-up to Kemba Walker. The Sixers could also use his services, as he could be what GM Elton Brand thought Markelle Fultz was going to be nearly three years ago. Sexton has two years left on his rookie-scale contract, making him an affordable option off the bench for either squad.

OK, this one is not a trade, but it’s still an important step in navigating the offseason for the Cavaliers. Cleveland made an extremely low-risk move in acquiring Drummond, giving up just a second-rounder for the center.

It wouldn’t be wise to sign Drummond to a long-term deal at a price near his current rate. Yet, convincing him to opt into the $28.8M player option on his deal would give both sides a chance to determine whether the fit in Cleveland will work. It would also give the Cavaliers a solid option at the center, allowing them to focus on acquiring talent at other positions.

Sign-And-Trade Tristan Thompson to the Lakers

The Cavaliers and Tristan Thompson contemplated the decision of a buyout, though it makes sense for both sides to wait until the offseason and use a sign-and-trade as a way to secure Thompson a lucrative payday (he could net more than the mid-level exception this way). In this scenario, the Cavs could get some value for the big man even if it is just a second-round pick.

The Lakers would be a great destination for Thompson and it’s not as if Los Angeles has a long-term option at the center position (let’s see if Dwight Howard makes it to year two with the Lakers). Slotting Thompson alongside Anthony Davis and LeBron would give the team even more defensive force that gives opposing offenses fits.