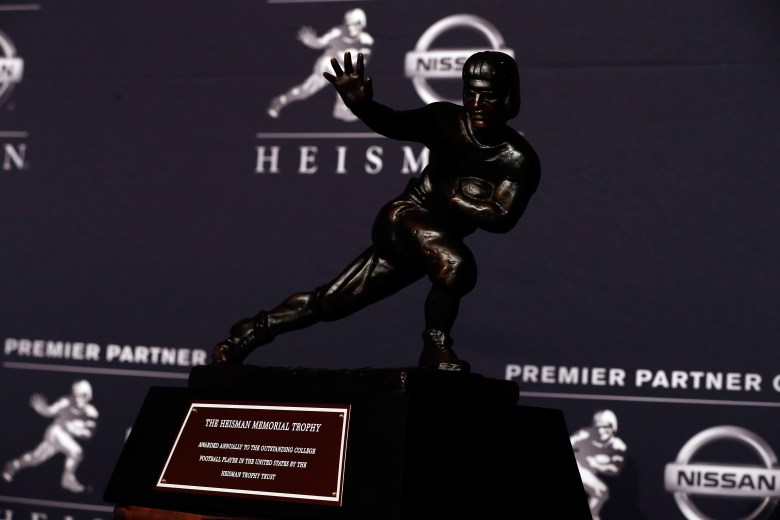 Few trophies in sports have a more storied history than the Heisman, which will be awarded Saturday night for the 80th time.

Here’s what you need to know about the trophy’s history and the men who have previously won it:

How Old Is the Heisman Trophy? 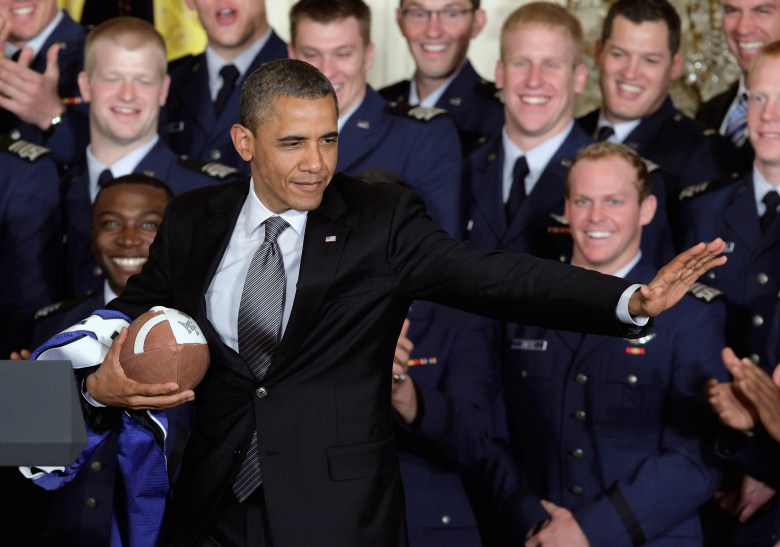 The trophy, made by Frank Eliscu, was shown to Notre Dame head coach Elmer Layden and the Fighting Irish team at a dinner following a game against Army.

The Trophy was first awarded to Jay Berwanger, who was a senior halfback for the Chicago Maroons. This was the only season it was called the DAC Trophy.

Who Is the Trophy Named After? 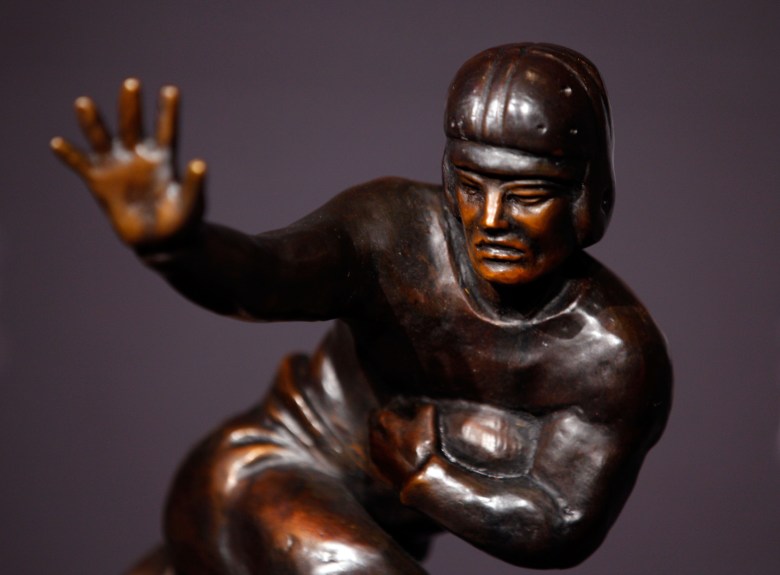 The Heisman Trophy is named after legendary player and coach John W. Heisman. He was also the DAC’s athletic director.

Heisman died in 1936, and the Trophy was then named in his honor.

Who Controls the Heisman Trust?

The Trophy’s website states that the Trust’s mission statement is as follows:

The Heisman Memorial Trophy annually recognizes the outstanding college football player whose performance best exhibits the pursuit of excellence with integrity. Winners epitomize great ability combined with diligence, perseverance, and hard work. The Heisman Trophy Trust ensures the continuation and integrity of this award. The Trust, furthermore, has a charitable mission to support amateur athletics and to provide greater opportunities to the youth of our country. Our goal through these charitable endeavors is for the Heisman Trophy to symbolize the fostering of a sense of community responsibility and service to our youth, especially those disadvantaged or afflicted. All assets of the Trust beyond the expense of maintaining the annual presentation of the Heisman Memorial Trophy are reserved for such charitable causes. The Trustees, who all serve pro bono, are guided by a devotion to college football and are committed to community service and the valued tradition which the Trophy represents.

The Trust is made up of nine trustees.

How Long Has the Ceremony Been in New York? 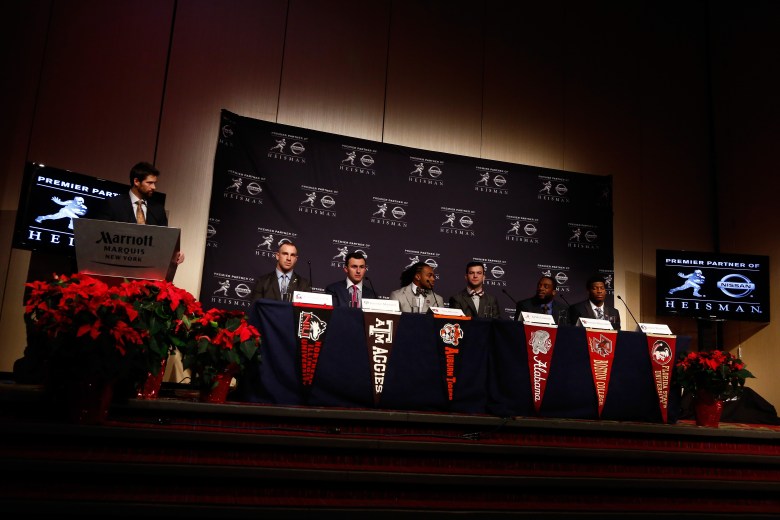 The ceremony has always been held in New York City. From 1935 through 1972, it was held at the Downtown Athletic Club.

In 1973, the event attracted too many people for the Club to accommodate and the ceremony was moved to the Grand Ballroom of the New York Hilton, where it was held until 1985.

Since then, it has been held in the Best Buy Theater, formerly known as the Nikon Theater, in New York.

How Long Has it Been on Primetime TV? 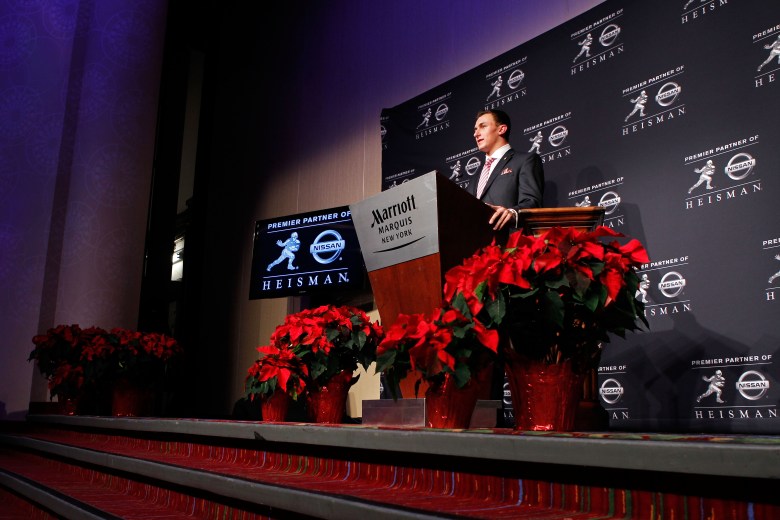 The Heisman Ceremony was first broadcasted on TV in in 1977 when the DAC president and the Heisman Committee decided it deserved a wider audience. The ceremony then became an hour-long, broadcasted event. 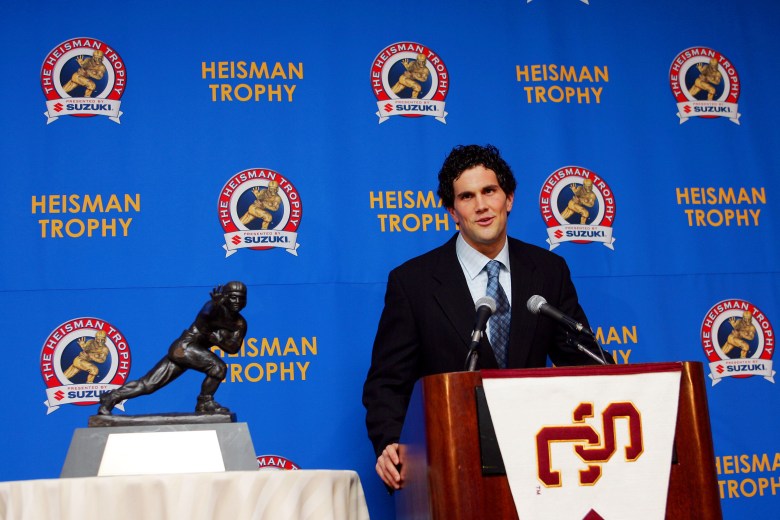 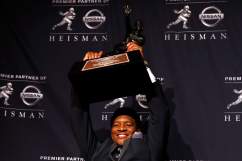 How Heavy Is the Heisman Trophy?

Read More
College Football, Football, Heisman Trophy
The Heisman Trophy will be awarded Saturday night for the 80th time. Here's all the background and history you need to know about the first 79.