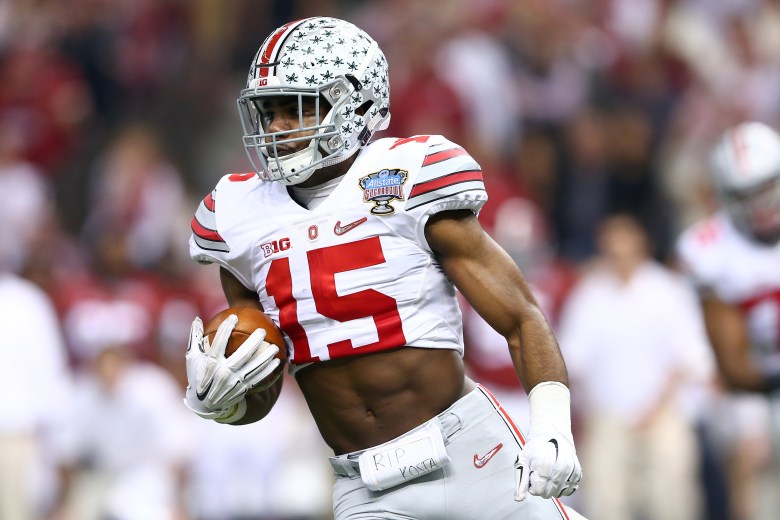 Ezekiel Elliott wasn’t exactly a household name throughout the season. But things have changed since the Ohio State sophomore running back exploded for 230 yards, including an 85-yard touchdown, in the Buckeyes’ 42-35 Sugar Bowl win over top-ranked Alabama.

The 6-foot, 220-pound back has been playing his best football of the season. And it comes at the perfect time as he and his Ohio State teammates take on No. 2 Oregon in the first-ever College Football Playoff Championship Game on Monday at AT&T Stadium in Arlington, Texas.

Find out all you need to know about Elliott here:

2. Elliott Was Named The Offensive MVP of The Sugar Bowl

What a run by Ezekiel Elliott. #SugarBowl http://t.co/MP5XzRqfRS

With his 230-yard performance against Alabama, Elliott was named the offensive MVP of the Sugar Bowl. He scored twice on 20 totes for an 11.5 yard per carry average.

The Alabama defense came into the game allowing an average of 88 rushing yards per game.

In the Big Ten title game vs. Wisconsin, Elliott ran for 220 on 20 carries with another 2 scores.

Elliott grew up in St. Louis and played high school ball at John Burroughs, where he was coached for by former NFL quarterback Gus Frerotte. Frerotte was picked in the 7th round of the 1994 NFL Draft and played for 15 seasons.

4. Athleticism Runs in The Family 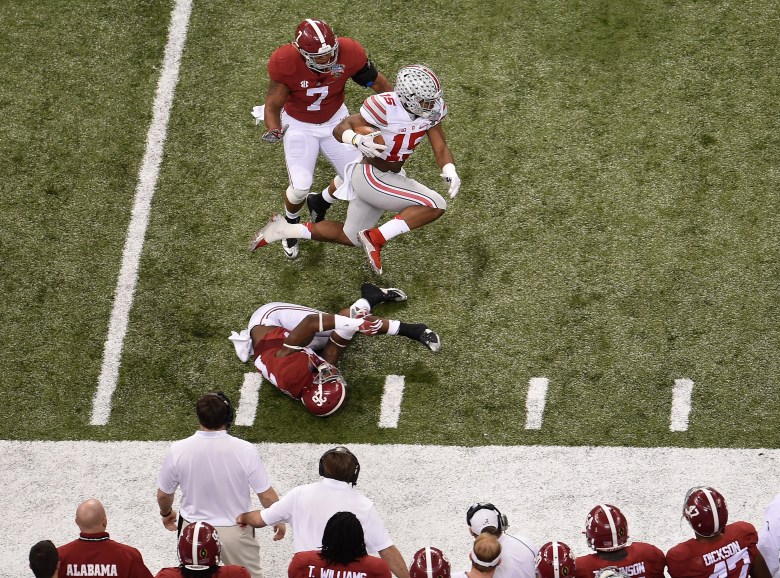 Elliott’s father, Stacy, played outside linebacker for the Missouri football team. But his allegiances now lie with Ohio State. Stacy has been appointed by Buckeyes coach Urban Meyer to help with recruiting efforts in Columbus.

5. Elliott Likes to Have His Fun

While he’s all business on the field, Elliott appears to like to have his fun off it. He’s charismatic in his interviews and even tickled the Sugar Bowl president on the podium after the game.