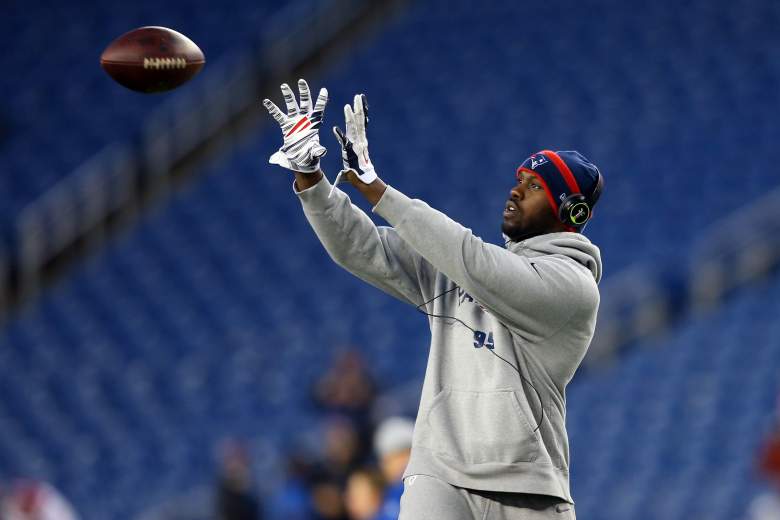 Injuries slowed Chandler Jones this season, but he still finished with 6 sacks. (Getty)

As the youngest of 3 boys to Camille and Arthur Jones, Chandler Jones had some big shoes to fill – athletically, at least.

He’s not the only professional athlete in the family. In fact, all 3 of the Jones brothers get paid to play.

Chandler is a defensive end for the Super Bowl-bound New England Patriots. They play the Seattle Seahawks on Sunday for all the NFL marbles.

Here’s what you need to know about Chandler Jones:

Chandler’s older brother is UFC Light Heavyweight Champion Jon “Bones” Jones. Jones won the title in March of 2011 and has successfully defended it 8 times, with the most recent coming in UFC 182 on January 3 in a unanimous decision over Daniel Cormier.

A few days after the fight, though, it was revealed Jones tested positive for cocaine. UFC rules allowed the victory over Cormier to stand, but Jones checked himself into rehab after the news broke.

Jones is 21-1 overall with 9 knockouts, 6 decisions and 6 victories by submission. His 1 loss was a disqualification to Matt Hamill in December of 2009 for illegal elbows.

Proud of my brothers @Artj97 & @Chan95Jones! Arthur for completing another awesome season and Chandler for making it to the Super Bowl! 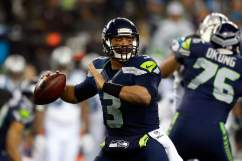 2. Another Jones Brother Plays in The NFL, Too 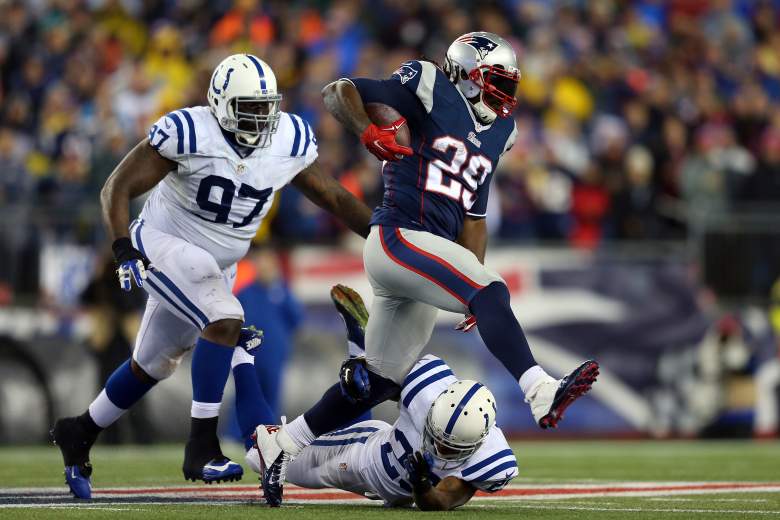 Arthur Jones is a defensive end for the Colts. (Getty)

The oldest of the Jones brothers is also quite athletic. Arthur Jones plays defensive end for the Indianapolis Colts, the team Chandler and the Patriots beat to punch their ticket to the Super Bowl.

The 28-year-old was a 5th round pick (157th overall) of Baltimore in the 2010 NFL Draft and played his first 4 seasons with the Ravens before joining the Colts in the offseason. The 6-foot-3, 327-pounder has 10 career sacks, including 1.5 this season. 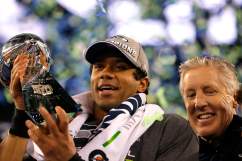 Super Bowl 2015 Shares: How Much Does Each Player Get Paid?

3. Chandler Was a Top DE Prospect Coming Out of Syracuse

Coming out of Union-Endicott HS in Endicott, New York, most recruiting sites had Jones rated as just a 2-star player, but his 6-foot-5 height was appealing to colleges. But Jones got it done on the field, becoming an All-Big East performer at Syracuse, garnering first team all-conference honors after his junior season, despite playing in just 7 games.

Jones skipped his senior season to enter the 2012 NFL Draft, where the Patriots made him the 21st overall selection.

Jones didn’t have a great combine (his 22 reps on the bench press were pretty low for a defensive lineman), but once again his size and potential were too much for the Pats to pass up.

4. Jones Is a Free Agent After Next Season

Jones signed a 4-year, $8.17 million contract with New England in May after being drafted. It included a signing bonus of nearly $4.4 million and over $7.4 million of the deal is guaranteed.

The 24-year-old will be an unrestricted free agent after next season. He will count $2.6 million against the cap in the upcoming year. Jones has been fined twice for roughing the passer calls in his short career – a $16,537 fine this season for roughing Miami QB Ryan Tannehill and $17,750 in 2013 for hitting Jets QB Geno Smith in the head/neck area. 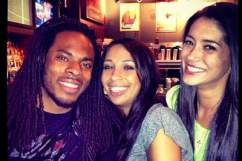 With about 450,000 followers between Twitter and Instagram, Jones is clearly a popular fellow. Not shy about posting a selfie, Jones gives a glimpse through photos of what life is like as a New England Patriot.