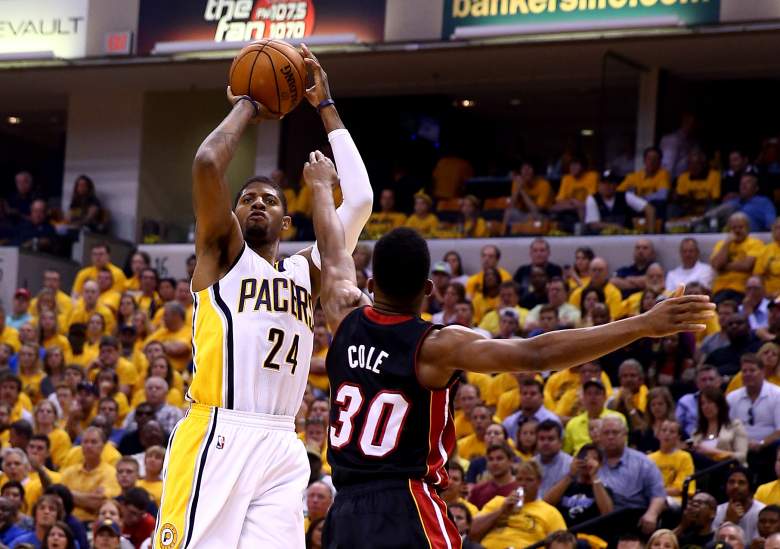 Paul George returns to the Indiana Pacers’ lineup after missing 76 games with a broken leg. (Getty)

One of the NBA’s rising young stars, 24-year-old Paul George suffered a gruesome leg injury last summer. Prior to the injury, George made the last two All-Star teams and was named first team All-Defense last season. After a nine-month rehab, George — the 10th overall pick in the 2010 draft — returns to the lineup Sunday with just a handful of games left to play. Here’s what you need to know:

1. He Broke His Leg Last August For Team USA

In preparation for the FIBA World Cup, The USA held a inter-squad scrimmage on August 1. James Harden went up for a layup with George chasing him down, and George fell down awkwardly, breaking his leg.

He would miss the rest of the competition as Team USA destroyed everyone in its path to win the title.

George also said that he plans to attend a Team USA mini camp this summer with an eye towards the 2016 Summer Olympics in Rio De Janeiro. 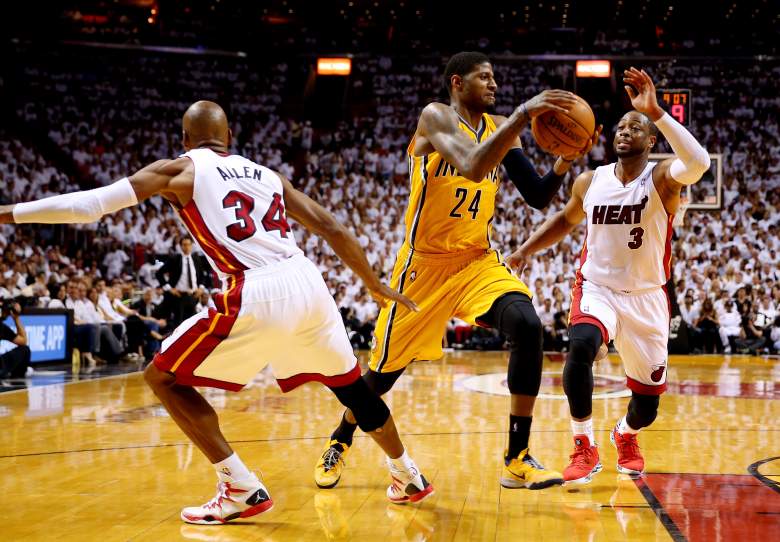 Paul George playing in the 2014 Eastern Conference finals for Indiana against Miami. (Getty)

Indiana is 10th in the Eastern Conference, 1.5 games behind 8th-seeded Miami with six games left. (Miami has seven). The Pacers started the season 10-20 before straightening the ship and have been playing .500 ball since.

3. He Will Return Sunday Against Miami

The playoff push begins for George and the Pacers against the 8th-seeded Heat on Sunday night. A win in this game would improve the Pacers’ playoff chances substantially. He said last month that he does not want to mess with the team chemistry, but with time winding down in the season those concerns are unimportant.

Eight months after breaking his leg in a USA Basketball scrimmage, Paul George will return to the Indiana Pacers lineup on Sunday, he says.

4. Led The Pacers with 21.7 Points Per Game Last Season 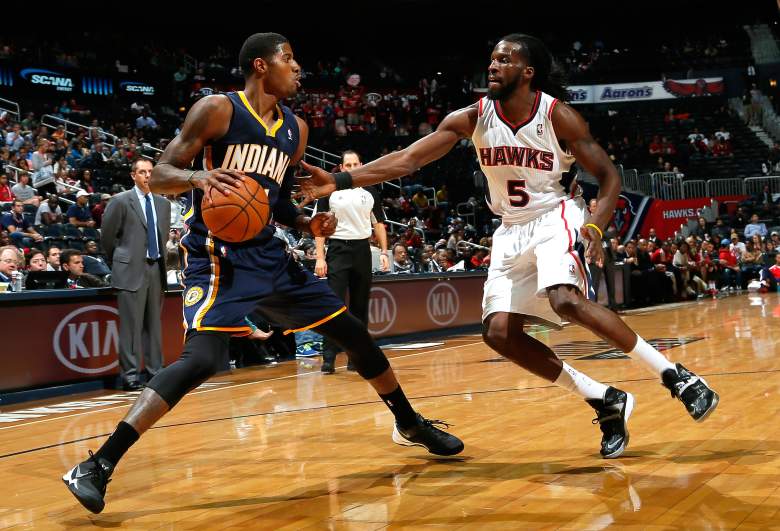 Paul George during a game for the Pacers in 2013.

After breaking out in 2012-2013 by averaging 17.3 points. 7.6 rebounds and 4.1 assists per game, George took on the role of a franchise player last season. Taking 17 shots per game on a defense-first team, George averaged 21.7 points per game (12th in the NBA). He also did this during a game in January against the Clippers:

The Pacers reached the NBA’s final four the last two years, only to be eliminated by the Lebron James-led Miami Heat both 2013 and 2014. Miami also defeated Indiana in the 2012 Eastern Conference semifinals. Before 2012, Indiana had five straight seasons under .500. 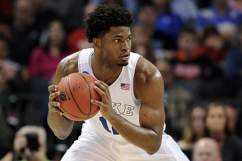 Read More
5 Fast Facts, Basketball
After missing 76 games with a broken leg, Paul George will return for the Indiana Pacers Sunday night against the Miami Heat