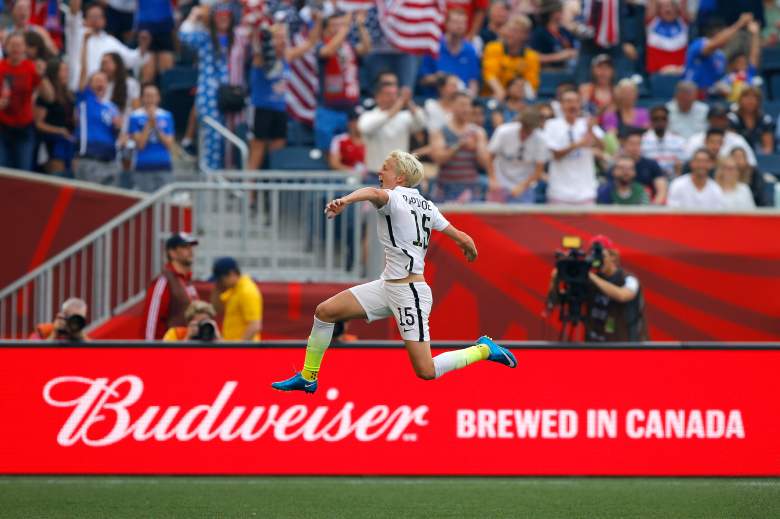 Rapine was part of all three of the United State’s goals against Australia, recording tow of her own and assisting on the other. (Getty)

Megan Rapinoe didn’t draw much attention before the start of the Women’s World Cup. That’s about to change.

The United States midfielder certainly stands out – her platinum blonde hair ensures that – but it’s more than simply Rapinoe’s look that has people suddenly interested. It’s her leg. And the two goals she scored as the U.S. cruised to a 3-1 victory over Australia on Monday evening.

Rapinoe is confident, talented and, most importantly, ready to take on the world. She even broke out a Lionel Messi impersonation for the occasion.

Here’s what you need to know about the United State’s latest soccer star: 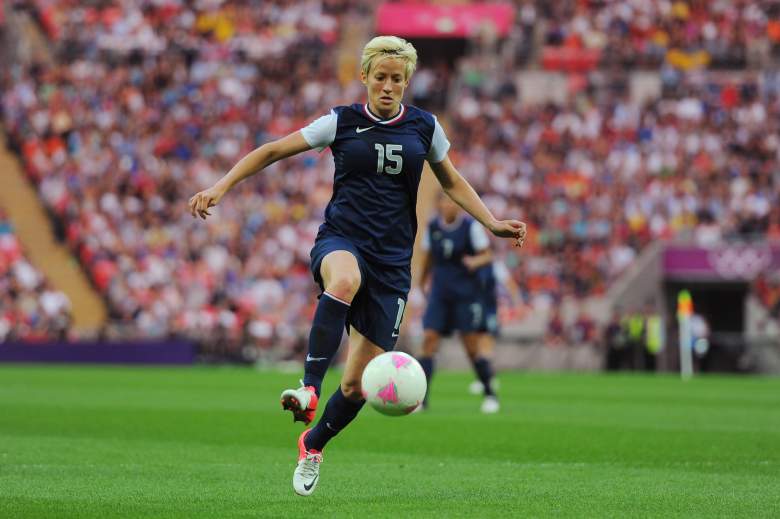 Rapione had a dominant Olympic performance in 2012, leading the U.S. in assists. (Getty)

Rapinoe joined Seattle Reign FC in 2013 and, despite playing just nine games, immediately had on impact on her new team. She scored four goals and one assist as Seattle went on to win the NWSL regular season title.

Prior to playing in Seattle Rapinoe played for a handful of teams in both the Women’s Professional Soccer, when she was selected No. 2 overall in the 2009 Draft, as well as with Sydney FC out of the Australain W-League.

2. Prior to Monday’s Opener, Rapinoe Was Best Known for her Cross-Field Assist to Abby Wambach in the Last World Cup

Monday’s two-goal, one-assist performance was not the first time Rapinoe has taken center stage, or field, in the World Cup.

She was part of, perhaps, the biggest moment of the 2011 World Cup when she launched a 45-yard cross off her left foot to Abby Wambach in the 122-minute of the quarterfinal match against Brazil. Wambach found the back of the net and tied the game.

I took a touch and smoked it. I don’t think I’ve ever hit a cross with my left foot that well. And then that beast in the air got ahold of it.

Rapinoe followed up by converting on her penalty shot to help send the United States to the semifinals.

3. She’s Been Dating Singer-Songwriter Sera Cahoone for Over a Year

Rapinoe was actually in a long-term relationship with Sarah Walsh, a former soccer player for Team Australia, but the pair broke up in 2013 and the U.S. standout has moved on with singer-songwriter Sera Cahoone.

Cahoone, who is slated to perform at a handful of music festivals this summer, tweeted out her support of Team USA before Monday’s opener:

Rapinoe came out three years ago, just before she led the United States to an Olympic gold medal, in an essay published in OUT Magazine. 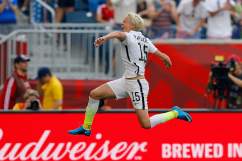 4. Rapinoe is a Well-Documented Advocate of Several LGBT Organizations Including GLSEN & Athlete Ally 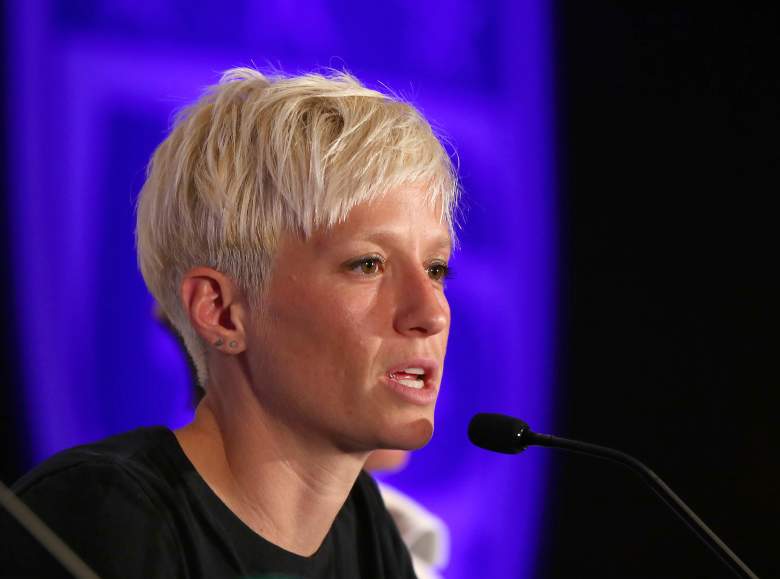 Rapinoe came out with a story in OUT Magazine in 2012. (Getty)

Since that 2012 OUT article, Rapinoe has been a vocal ally for LGBT organizations, including the Gay, Lesbian & Straight Education Network and Athlete Ally. In 2013, she was awarded the Board of Directors Award by the Los Angeles Gay and Lesbian Center.

She’s also written several articles detailing the pros of coming out and what it meant for her to be able to be herself around her team. Rapinoe wrote about the initial decision in The Adcovate:

Once I did come out, it’s not like my everyday life changed, but knowing that I helped people made a difference. Coming out is certainly a personal decision, and I would never say that someone needs to come out, but I think it’s incredibly important. If you can do it in a way that reaches five people, it helps just as much as someone who can reach 5 million people. The more people who can come out in settings like the Olympics or other major sports where all eyes are on you, it helps with the breaking down of stereotypes. And that’s always a good thing. 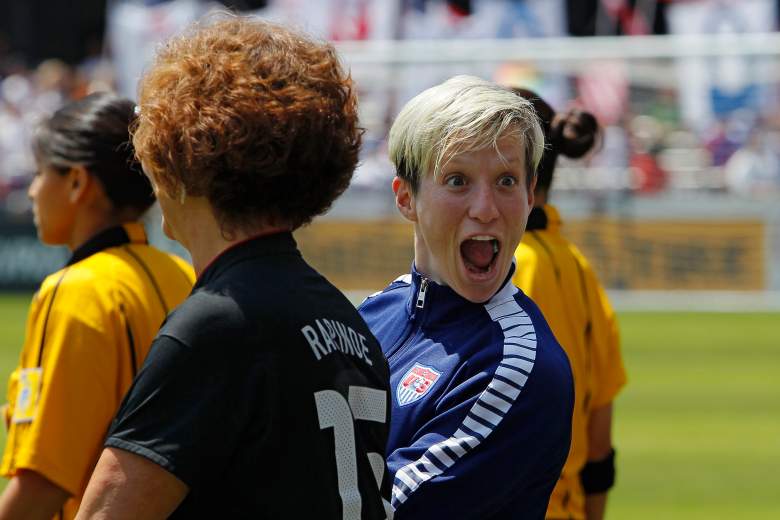 Rapinoe’s sense of humor and biting commentary have created a strong following on social media. (Getty)

Rapinoe’s soccer star may be rising this week, but her social media status has been firmly cemented for quite some time now.

Ding dong the witch is dead. Daddy got his hand caught in the cookie jar?☕️?.

Rapinoe has over 280,000 followers on Twitter and she’s only tweeted just north of 4,000 times. She’s got 157,000 likes on Facebook and 131,000 on Instagram. People are starting to take notice and, the odds are pretty good, those numbers are only going to skyrocket after Rapinoe’s dominant World Cup opener.