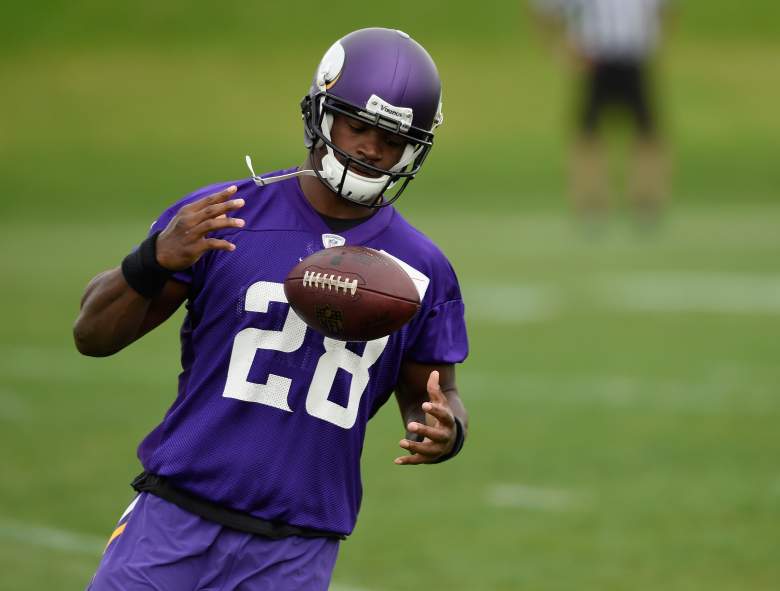 Adrian Peterson participated in OTA’s after his suspension was overturned. (Getty)

When it initially appeared Adrian Peterson would not only never suit up for the Minnesota Vikings ever again, but maybe never play another snap in the NFL, No. 28 is ready to start another season with the team that drafted him No. 7 overall in 2007.

Three years removed from a 2,000 rushing season, Peterson, 30, hopes to defy the odds that older running backs usually succumb to.

Peterson became an instant star and one of the faces of the league behind Pro Bowl appearances in his first four seasons. He’s earned millions on and off the field as a result

Here’s what you need to know about Peterson’s net worth:

After being drafted by the Vikings in 2007, Peterson purchased this home in Eden Prairie, Minnesota, the official home of the Vikings and about 25 minutes from downtown Minneapolis. Peterson has lived in the house since.

Peterson also has a house in Spring, Texas, a suburb of Houston and about two hours south of where Peterson grew up in Palestine.

He also owned a penthouse in Houston, but it was recently sold for nonpayment of taxes.

Established as the top running back in the NFL, Peterson and the Vikings agreed to a six-year extension worth $86.3 million in 2011. The contract included close to $40 million in guaranteed money and paid Peterson between $12-14 million per season.

Upon entering the league in 2007, Peterson signed a six year, $40.5 million contract with $17 million guaranteed as part of the NFL’s rookie scale.

Prior to the 2015 season, Peterson has earned $71.8 million with the Vikings. 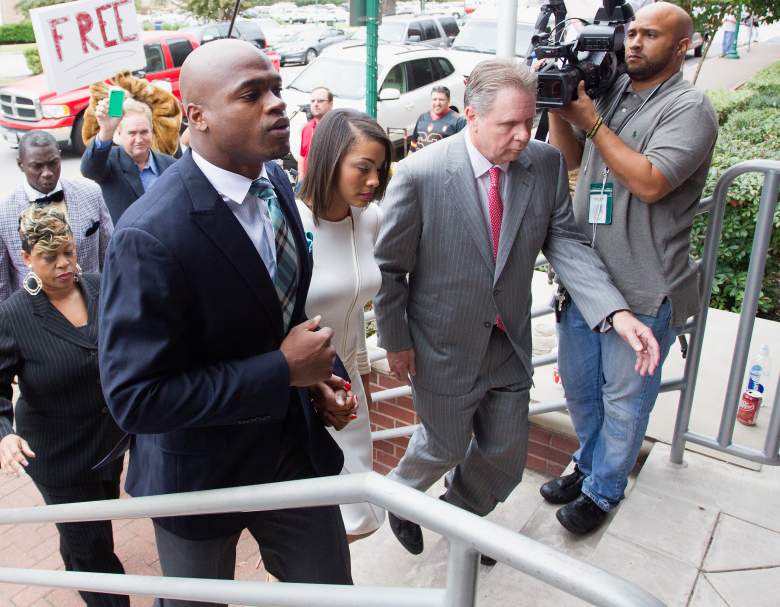 Peterson played in the season-opener in 2014 against the Rams before a whirlwind of legal issues hit the player. He was arrested in September on child abuse charges, and would end up missing the rest of the season as a result.

Though Peterson would earn a paycheck from the team despite not playing, the incident created a public fallout. The case reached a plea deal which Top sponsors Nike and Castrol Oil canceled their deals with him.

He lost about $5 million as a result of the sponsor fallout; it will be interesting to see how many come back to Peterson should he have a big season.

4. The Vikings and Peterson Agreed to Restructure His Contract This Summer

Unhappy with his contract despite having little leverage, Peterson began clammering for a new deal after being reinstated into the NFL. Hoping to get more guaranteed money on his deal, Peterson took to twitter to express his frustration:

I know hundreds of player's that wished their team would've HONORED the contract! But instead got threw to the side like like trash.

The Vikings soon caved, guaranteeing Peterson $20 million to remain a Vikings player in a re-worked contract in July. The contract ensures he will be a Vikings player for this year and most likely next. He is under contract through 2017.

One car that Adrian Peterson drives is a relatively old 2006 BMW 750i, which was likely purchased after he was drafted by the Vikings. He also owns a Cadillac Escalade.

Peterson has several cars in his collection according to a former teammate, although it hasn’t been reported what makes and models they are.

After Peterson rushed for more than 2,000 yards in 2012, he bought his entire offensive line snowmobiles.