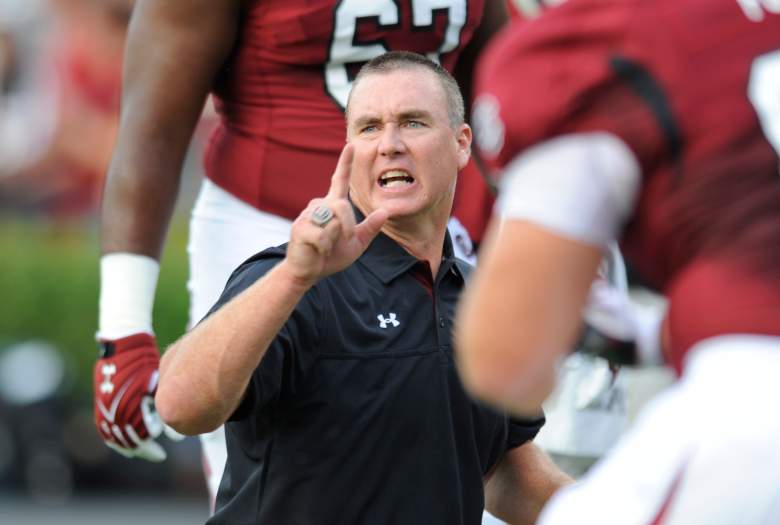 After Steve Spurrier resigned on October 12, 2015, the University of South Carolina named co-offensive coordinator Shawn Elliott the head coach for the remainder of the 2015 season. (Getty)

After the long and successful reign of Steve Spurrier ended at South Carolina, the university named co-offensive coordinator Shawn Elliott as head coach for the remainder of the 2015 season.

The university announced the news on Twitter on Tuesday:

Elliott was also the offensive line coach for the Gamecocks, getting his first head coaching role after spending 19 seasons as an assistant coach. Elliott is in his sixth season with University of South Carolina, joining the team as the running game coordinator for 2010 and 2011. He was given the co-offensive coordinator title in 2012 and led an offense that averaged over 375 yards per game in each of his three seasons.

Prior to his arrival in Columbia, SC, Elliott, who is from Camden, SC, had coached his entire career at Appalachian State, where he helped the Mountaineers to three straight national championships from 2005-07. Elliott graduated from Appalachian State, where he starred as a defensive end and led the team to a 36-14 record. As well as his successes as a coach and player, Elliott also saved two people in a car accident in 2010, receiving the NCAA’s Award of Valor.

He is married to the former Summer Scruggs, who was Appalachian State’s women’s tennis Most Valuable Player in 1998. They have two children, a daughter, Maddyn, and a son, Max.

Elliott gives love to the Gamecocks and Mountaineers on Twitter:

Finding a way to win!! pic.twitter.com/PaawVglFKG

On this date 8 years, one of the biggest upsets in college football history happened. pic.twitter.com/prfPJBC3PR

With Elliott moving into the head coaching role, former NFL lineman Travelle Wharton will be the new offensive line coach for the Gamecocks. 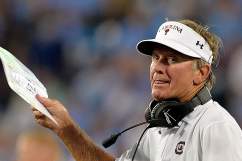