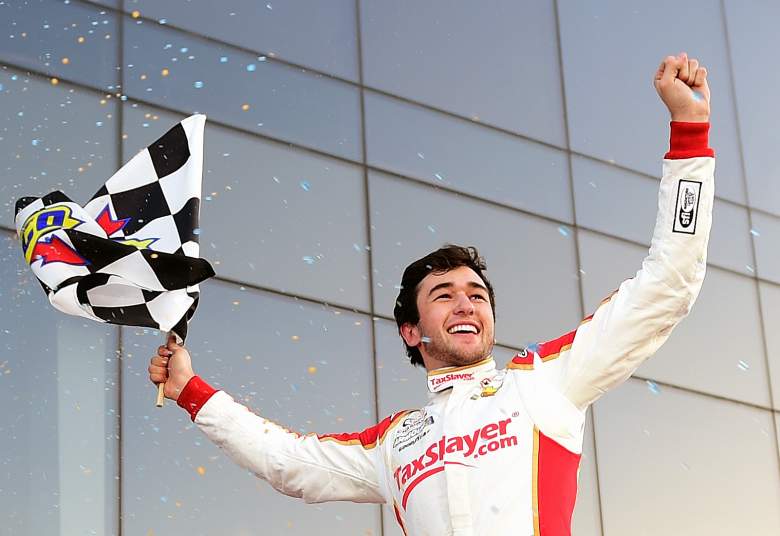 Elliott, at just 20 years old, will look to make history at the Daytona 500 this year. (Getty)

Of course, it makes sense. The 20-year-old, born William Clyde Elliott III, grew up around the sport and, in his short career, has emerged from the shadows of two of its biggest names; Jeff Gordon and, his father, Bill Elliott.

Elliott will sit in Gordon’s iconic No. 24 Chevrolet, racing in the Daytona 500 and starting the race in the pole position after his 196.314-mile-per-hour lap in the qualifying race. It’s a position that has Elliott, for the first time, in sole possession of the spotlight.

He likes it. Almost as much as he likes NASCAR.

Read on to learn everything about Elliott, his family, his father’s legacy and how he hopes to forge his own path on the track:

1. Elliott Is the Youngest Pole-Sitter in Daytona 500 History 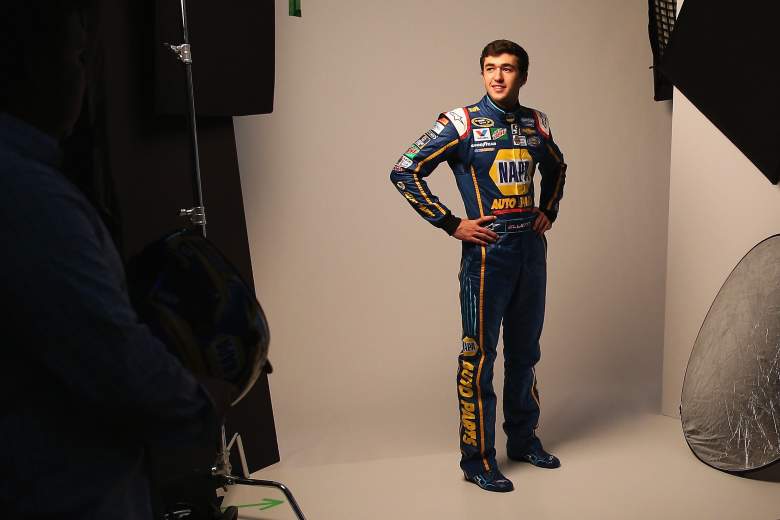 Elliott has stepped easily into the spotlight at Daytona, making history along the way. Getty)

The rest of the field certainly took notice:

Really proud of @TeamHendrick & @chaseelliott. #DAYTONA500 Pole to start the season. I know there r a lot of 24 fans proud also.

.@LowesRacing had a solid day as did all of @TeamHendrick but… A killer day for @chaseelliott & the 24 team. ?#DAYTONA500 #NASCAR

Well damn. We had a shot at the pole but congrats to @chaseelliott and the 24 gang. Focus now turns to getting a trophy in 150 on Thursday.

It’s the biggest moment, by far, of Elliott’s short career. Thus far he has yet to finish in the top 15 of a Sprint Cup race and has actually only driven in five races since the 2015 season began.

2. He Signed a Three-Year Developmental Contract With Hendrick Motorsports When He Was 15

Elliott has already been hyped up as one of the most promising rookies since Dale Earnhardt Jr., but there’s plenty of reason for fans to be confident in what he can do on the track. When he was just 14 years old, Elliott started racing in the the X-1R Pro Cup stock car series, where he won once and notched 10 top-10 finishes in 11 starts.

In 2010, Elliott became the youngest driver to win the Blizzard Series at Five Flags Speedway in Pensacola, Fla., the Miller Lite Series at Mobile (Ala.) International Speedway and the overall Sunoco Gulf Coast championship.

Then, in 2011, when he was only 15, Hendricks Motorsports signed Elliott to a multi-year driver agreement. “The apple hasn’t fallen far from the tree with Chase,” said Rick Hendrick, owner of Hendrick Motorsports. “I see those same traits in Chase, with his natural driving talent and an awareness of what he needs to do away from the track to be successful.”

Hendricks announced, in January 2015, that Elliott would join the group as a full-time Sprint Cup driver in 2015. The news came just after Elliott became the youngest  national series champion in NASCAR history the season before.

3. Elliott Credits His Father With Sparking His Career 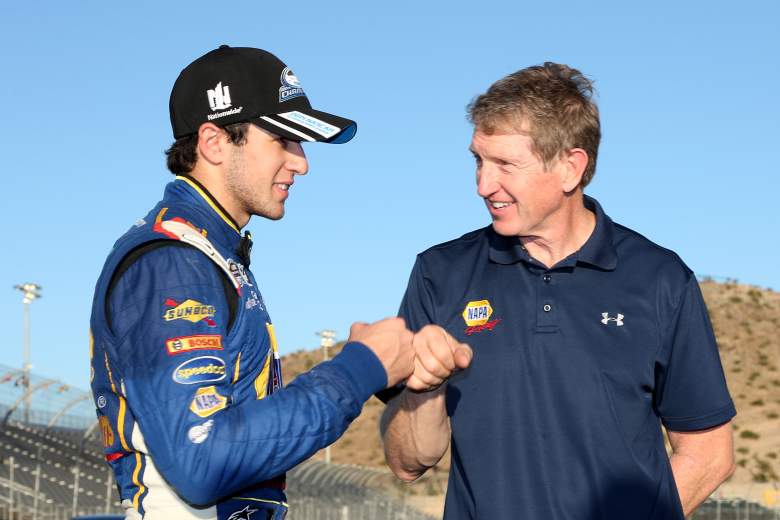 Elliott was always going to be a driver. Or, at least, he wanted to be. After all, when your father is Bill Elliott, it’s difficult to have any other kind of career aspiration.

Over the course of Bill’s career, he won 44 races, one championship and was NASCAR’s most popular driver 16 times. For good measure he won the “Winston Million” bonus in 1985, three (Daytona, Talladega and Darlington) of NASCAR’s four “crown jewel” races. Together the father-son duo have developed an in-car approach that has turned Elliott into one of the most talked about rookies in the entire sport.

I can help him more from this side than the racing side. On the racing side, he can lean on Jimmie, Dale, Kasey and Mr. H (team owner Rick Hendrick). Those guys can help get him through. But I can tell him what to expect, I understand this side of it more than anybody. Nobody had ever been exposed to things like I was in 1985. When I finally got my head screwed on straight, to get to that point was huge. He’s got that kind of focus.

The duo have already made history – even after the elder Elliott’s career has long ended. When Chase clinched the pole in the Daytona 500 qualifier, he and his father became just the fourth father/son combination to do so, joining Richard and Kyle Petty, Bobby and Davey Allison and Dale Earnhardt and Dale Earnhardt Jr.

Still, there were some who may have hoped Elliott didn’t get into a car – including his mother, Cindy. She wanted him to play golf. There are fewer crashes in golf.

4. He Won the Xfinity Series Season Opener at Daytona 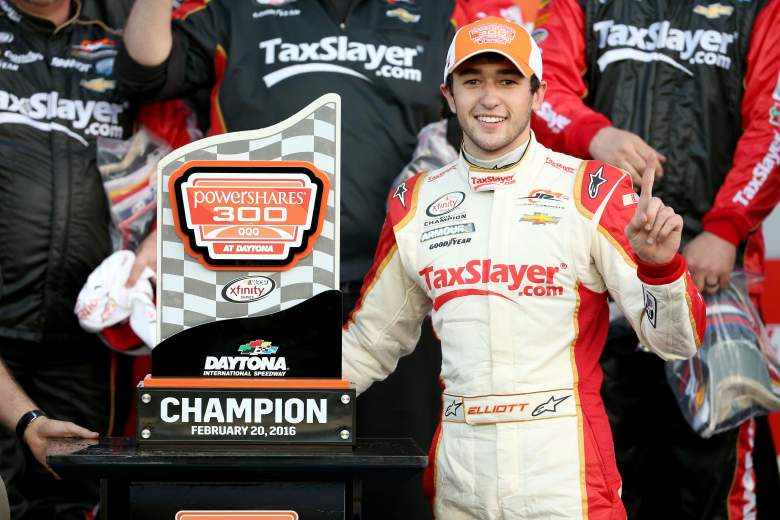 Elliott won his first-ever race at Daytona on February 20. (Getty)

Elliott’s Daytona weekend got off to a pretty good start as he held off Joey Logano in the Powershares QQQ 300 NASCAR XFINITY Series race. It was a dramatic victory for Elliott in his first career victory Daytona after he survived some early contact during a six-car incident on Lap 13.

Wow that was cool! Had a blast racin with those guys today, thanks @TaxSlayer and everybody @JRMotorsports for lettin me drive!

That was a heck of a battle, man. I had such a great car, and we just found ourselves in the right place at the right time. Luckily we just barely had enough to get in front of Joey (Logano) there.

Elliott seized the lead from Logano when he blocked him on the last lap, but he did run near the front for much of the 300-mile race. He eventually won by 0.043 seconds.

5. Elliott Has a Reputation for His Serious Demeanor on the Track 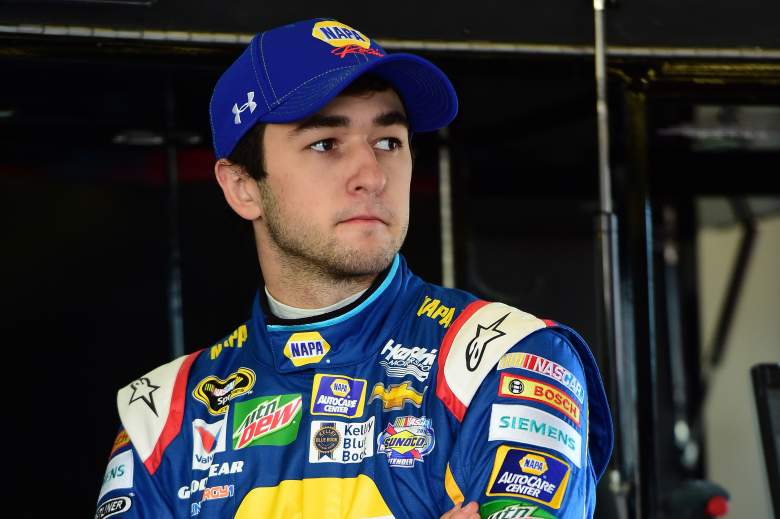 Elliott doesn’t celebrate very often on the track, or even off it, simply focused on winning. (Getty)

It was a point of interest across articles and social media and highlight shows around the country following the Daytona 500 qualifying race. Elliott, directly after winning the pole in his first-ever attempt to qualify for the race, looked serious and focused. He didn’t look particularly pleased.

That, however, is simply how he races.

This is a job and Elliott is here to win, not to celebrate when he does. He told the Star-Telegram:

For me, it’s more for the guys [on the pit crew] to celebrate, not for me. There was nothing special I did to make that happen on Sunday. It’s about those guys, the kind of car, the engine shop, the kind of engine they put in that thing. That’s the starting spot. It’s not about where you start, it’s about where you finish. We recognize it’s a very long week ahead.

Elliott’s reputation as a serious, nose to the metaphorical grindstone racer has permeated just about every story about him leading into the Daytona 500 and it’s a role he embraces. It’s also one other NASCAR drivers understand.

“He just wants people to understand that he’s committed, he’s a hard worker, and he’s here to accomplish his dreams and goals and win races and championships,” Dale Earnhardt Jr. told the Star-Telegram. “He doesn’t want people to lose sight of that or make assumptions that he’s taking things for granted, I guess.”