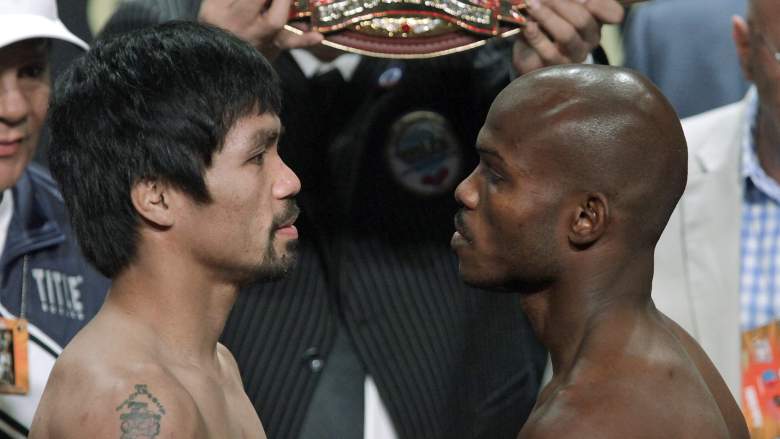 Manny Pacquiao and Timothy Bradley again went the distance, and for the second time in a row, it was Pac-Man walking away with the unanimous decision victory, with all three judges scoring it 116-110.

Here are the official scorecards:

It was a really solid effort from Desert Storm, but Pacquiao was simply too good. He was quick, he mixed things up, he landed 46 percent of his power punches and he was able to knock down Bradley in the seventh and ninth rounds. Here’s a look at the final numbers:

If that was really Pacquiao’s final fight, it was a thoroughly impressive swan song and a nice way to go out for one of the best boxers of all-time.

This one, technically, is the rubber match.

In the first bout, Bradley was deemed victorious in what is regarded as one of the most controversial decisions of all time. Two of the three judges awarded the victory to Desert Storm, while, seemingly, the rest of the boxing world had Pacquiao on top after 12 rounds. On 125 media scorecards tracked by BoxRec.com, 121 had the fight in favor of the veteran Filipino.

Pac-Man left nothing to chance in the April 2014 rematch, picking Bradley apart en route to the unanimous decision victory.

Unsurprisingly when you consider how the first two fights played out, Pacquiao enters the third bout as a significant favorite.

However, with Pacquiao nearing the end of his career, and Bradley now under the tutelage of Teddy Atlas, who helped him to a dominant TKO victory over Brandon Rios in November, this one should be closer than the bettors are expecting.