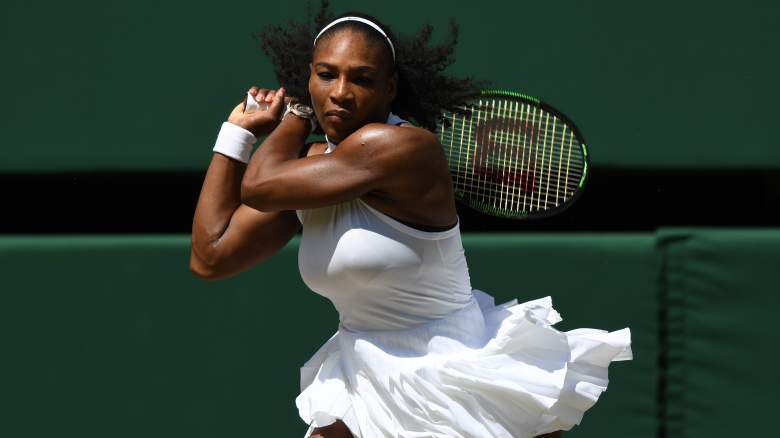 For the seventh time, Serena Williams is the champion of Wimbledon, defeating a game Angelique Kerber 7-5, 6-3 with a remarkable display of dominant tennis.

Serena is warmly congratulated at the net by Kerber after winning her 22nd Grand Slam title. https://t.co/y4eiNRGvcl

After a close first set, Williams grabbed the only break in the 12th and final game to take an early 7-5 advantage. The World No. 1 overpowered her opponent, hitting eight aces and 24 winners.

It wasn’t until the seventh game of the second set that Kerber actually got a break point, but that appeared to set Serena into overdrive, as she promptly responded with two aces and three-straight points to hold for the 31st consecutive time.

Williams followed that game with a break, and serving for the match, she fired out four-straight points to capture Grand Slam title No. 22.

The final score reads as a straight-set victory, but in reality it was much closer than that. Kerber was excellent for most of the match, but ultimately, as she has done so many times before, Williams proved why she’s the best player in the world.

The available live stream options depend on where you live:

Users can watch a live stream of the match for free on ESPN3 via WatchESPN.com (choose the “Centre Court” option). This isn’t the actual ESPN broadcast, but watching this way only requires you only to sign in to your internet service provide, rather than an actual TV provider.

If you’re looking to watch the ESPN broadcast, there are two ways to do so:

1. Sling TV: This online streaming service provides access to select channels for a monthly fee. The service’s Best of Live TV package, which includes ESPN and ESPN 2, costs $20 a month. But if you’re looking for a way to watch for no cost, you can do so with Sling’s free 7-day trial. Click here to sign up for Sling TV. You’ll need to enter your credit card information when signing up, but if you cancel your subscription before the trial period ends, you will not be charged. Once you’re subscribed, you can go here to download the app needed to watch on your computer.

2. WatchESPN. You’ll need to authenticate your cable or satellite subscription by entering your user name and password to watch the stream.

Users can watch BBC’s coverage via the BBC iPlayer. You’ll need to authenticate your cable or satellite subscription by entering your user name and password to watch the stream.

Users can watch the “Live @ Wimbledon” live stream on the Wimbledon app, which is free to download in the App store or the Google Play store. Here are some other options, depending on where you live:

You can watch on mobile or tablet device via the WatchESPN app, which you can download for free in the App Store, the Google Play store, the Amazon App store or the Windows Store.

Additionally, if you have a Sling TV subscription, you can watch ESPN’s coverage on the Sling app, which is free to download in the following places:

Users can watch via the BBC iPlayer app, which is free to download in the following places:

Read More
Tennis, Wimbledon
Serena Williams and Angelique Kerber go head-to-head in the women's Wimbledon final on Saturday at the All England Club.