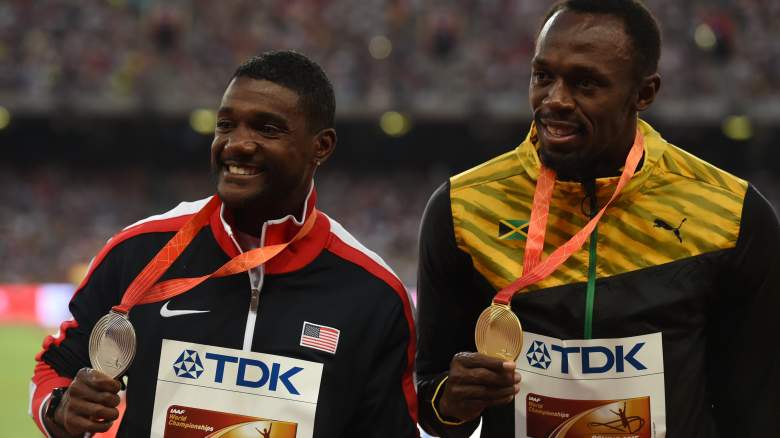 The Usain Bolt vs. Justin Gatlin rivalry has been a one-sided one.

In 10 career finals that have featured the two sprinters, Bolt has walked away victorious eight times, with one defeat coming at the 2005 World Championships when the Jamaican was still a teenager.

Nevertheless, it’s always entertaining when Bolt and Gatlin line up next to each other. As they get set to battle in Rio for both the 100m and 200m titles, here’s a look back at every race between them:

After winning the 100m by the widest-ever margin at a World Championships event, Gatlin completed the sprint double with a time of 20.04. Bolt, who was just 18 years old at the time, came up lame on the wet track in Helsinki, limping his way to an eighth-place finish and a time of 26.27.

By the time Gatlin returned from a four-year suspension stemming from his second failed drug test, Bolt was the most dominant sprinter in the world. He had captured the sprint triple (gold in the 100m, 200m and 4x100m relay) at the 2008 Beijing Olympics, did so again at the 2009 World Championships and likely would have at the 2011 World Championships if not for a false start in the 100m final.

This was Bolt’s first race after that DQ, as he breezed his way to a first-place finish with a time of 9.85. Gatlin, still working his way, came in seventh at 10.17.

Just a couple days after the race in Zagreb, Bolt improved his time to 9.76 to win the final Diamond League meet of 2011. Gatlin slightly improved his time from a few days earlier–10.12–but still finished off the podium in fourth.

You can watch better a better quality video on YouTube right here.

Bolt set the Olympic Record–and his second-fastest time ever–at the 2012 London Games, rocketing his way to a mark of 9.63. Fellow Jamaican Yohan Blake earned silver, but Gatlin, who held a slight lead early in the race, wasn’t far behind, clocking a personal best of 9.79 to take third and prove that he could at least hang with the world’s fastest man.

The only time Gatlin has ever topped Bolt in the 100. The American ran a 9.94, beating his rival by .01 seconds to take first place.

“Bolt is a great competitor and a great champion,” he said afterwards. “To come out here and have a victory, it just stamps that I’m having a good season. You can never count out Usain.”

Bolt got his revenge about two months later, racing to a victory in the 2013 World Championships–his first of what would be three gold medals in Russia. Both competitors ran their fastest time of the 2013 season, with Bolt coming in at 9.77 and Gatlin, who stayed even for much of the race, clocking 9.85.

Bolt’s 9.90 was enough to capture another victory, while Gatlin fell to third place behind Jamaican Nickel Ashmeade with a time of 9.96.

Their fourth and final meeting of 2013 came about a week later. Bolt, as he tends to do, got off to a mediocre start but absolutely destroyed the field once he got a head steam, pulling away to a dominant victory in 9.80 seconds. Gatlin finished fourth at 9.84.

Undoubtedly one of the best races in their long history, Bolt and Gatlin were neck-and-neck for most of the race, both leaning into a photo finish. When it was all decided, Bolt was again crowned World Champion with a time of 9.79, while Gatlin took silver at 9.80.

Their first 200m final meeting in a decade, Bolt completed his third 100m-200m World Championships double in four years with a blistering 19.55. Not only was that time enough to knock off Gatlin (19.74), but it was also enough to top the American for the world-best 200m time in 2015. 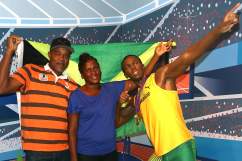 Read More
Rio Olympics 2016, Track & Field, Usain Bolt
Take a look back at every race between Usain Bolt and Justin Gatlin, who will renew their rivalry at the 2016 Rio Olympics.