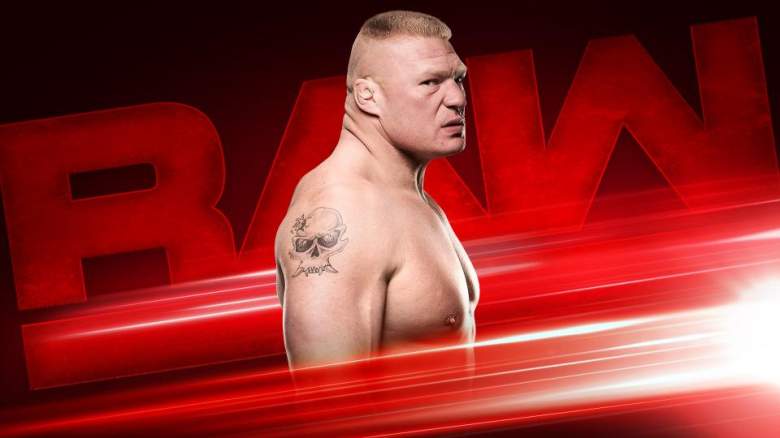 Tonight on Monday Night Raw, the second show of the new era will see the triumphant return of Brock Lesnar, who is making his first appearance since WrestleMania 32 back in April. The show will be broadcast live at 8:00 p.m. Eastern Time on the USA Network. Read on for match results and spoilers, followed by a full preview of the night’s events as written earlier this afternoon.

8:00 – The show opens with a “Last week on Raw” segment for the first time in several years.

8:03 – Sasha Banks, new WWE Women’s Champion, enters. She says that the reign of The Boss has only begun, and it will continue when she defends her title against Charlotte at SummerSlam. Charlotte enters, and Sasha mocks her for losing the championship belt. Charlotte tells Sasha to get over herself and says she’ll beat her at SummerSlam without anyone’s help. She also calls Sasha a one night stand, and Sasha says that if it wasn’t for a one night stand, Charlotte probably wouldn’t even have been born.

Chris Jericho enters, telling both of them to be quiet. He calls Sasha an ungrateful punk. Jericho says that Charlotte is better than Ric Flair ever was.

Enzo Amore enters, not accompanied by Big Cass. He says Sasha is a “bauce” and he’d like to do some “business” with her. Charlotte says that when it comes to his love life, Enzo is SAWFT. Enzo mocks the way Chris Jericho speaks, and Jericho tells him to watch it.

Mick Foley enters. He announces that there will be a mixed tag team match up next: Chris Jericho and Charlotte vs. Sasha Banks and Enzo Amore.

8:41 – Braun Strowman defeats a local jobber in a match that lasts less than one minute.

8:45 – Backstage, Mark Henry talks with Stephanie McMahon and Mick Foley, convincing Foley to put him up in a match tonight. He will be fighting the WWE United States Champion, Rusev.

8:58 – Finn Balor enters. He tells Michael Cole that he intended to come to Monday Night Raw and make an impact. He’s interrupted by Seth Rollins’ entrance. Rollins says it’s admirable that Balor defeated Roman Reigns, although everything Balor did, Rollins already did better. Balor says he will defeat Rollins and become the first ever WWE Universal Champion. Rollins says he’s the most resilient superstar in the history of the WWE, and Balor doesn’t know what he’s dealing with.

9:27 – After Rusev’s victory, Roman Reigns enters and stares down Rusev. They begin to brawl, with Reigns absolutely clobbering Rusev, who retreats backstage.

9:42 – Backstage, Sheamus complains that Mark Henry was given a championship match tonight instead of him. Cesaro interrupts and says the people want him, Cesaro, to become the United States Championship. Mick Foley and Stephanie McMahon tell Sheamus that he wasn’t a first round draft pick because his shoulder injury is still a question. Foley decides Sheamus and Cesaro will have a match tonight, and whoever wins will get a future championship match.

9:58 – The New Day enters. They call Luke Gallows and Karl Anderson cowards, especially because of their complaint that caused one New Day member to be banned from their match tonight. That member will be Xavior Woods.

10:02 – Big E and Kofi Kingston defeat Luke Gallows and Karl Anderson. Anderson and Gallows continue to team up on Big E after the match ends, though Xavior Woods attempts to help out.

10:13 – Cesaro defeats Sheamus. They brawl at ringside during the commercial break.

10:58 – Brock Lesnar enters. Paul Heyman hypes Lesnar up, saying that he will entertain the WWE universe at Battleground, but in a politically incorrect and violent way. Heyman says that Lesnar is not here to sign off on the New Era; the New Era must prove itself to Lesnar.

As Heyman is talking, Randy Orton sneaks up on Brock Lesnar and delivers an RKO. Orton immediately exits the arena as security enters along with a frustrated Stephanie McMahon and Mick Foley.

Lesnar’s return is of course the main attraction tonight, although don’t expect any sort of confrontation between him and Randy Orton. A match between the two is scheduled for SummerSlam, but Orton was drafted to SmackDown, and so it’s unlikely that The Beast and The Viper will meet until the pay-per-view event at the end of the month. Instead, WWE.com’s official preview suggests another superstar will suffer Lesnar’s wrath on August 1st show.

We should also expect to see much more of Finn Bálor, who had about as significant a debut as possible last week. On his very first Raw episode, he defeated Roman Reigns and several other superstars, earning himself the right to challenge Seth Rollins at SummerSlam for the WWE Universal Championship. A first confrontation between Rollins and Balor is likely to occur tonight. Plus, it should be interesting to see if Roman Reigns has anything to say after his defeat last week; upon returning from suspension, the man who was once the face of the WWE has had a dramatic fall from grace and seems nowhere close to reclaiming his championship belt.

In the women’s division, fans are still celebrating the surprise victory of Sasha Banks, who defeated Charlotte last week in order to achieve her dream and win the WWE Women’s Championship. However, the SummerSlam match between Charlotte and Sasha is still scheduled for SummerSlam later this month, and so we should not expect that feud to be dying down anytime soon. What will Charlotte have to say for herself tonight?

Finally, WWE.com’s preview suggests we should expect to see more of Braun Strowman, as well as The New Day’s response to Karl Anderson and Luke Gallows after they were brutally attacked last week.

Read More
Pro Wrestling, WWE, WWE Raw
Tonight on Monday Night Raw, Brock Lesnar returns to the WWE for the first time since WrestleMania 32. Get all the match results and spoilers right here.