Fans who want to watch a live stream of the crucial third and deciding Bangladesh vs. Afghanistan One Day International cricket match — a match that the Bangladesh Tigers must win to keep their streak of winning ODI series alive — can find full information on how to watch the third ODI online in most areas of the world, below.

Or scroll down the page for team information for the third ODI, as well as highlights of the first two matches in the series that saw a rusty Bangladesh struggle to win the opener by seven runs — and then fall by two wickets with just two balls remaining in the middle game, as Afghanistan scored perhaps the most important upset in the country’s cricketing history.

Moments captured from the 2nd ODI between #Bangladesh ?? and #Afghanistan. #Cricket #BANvAFG pic.twitter.com/XbMXBeLMSs

The third ODI gets underway at 2:30 p.m. Bangladesh Standard Time on Saturday, October 1, at Shere-e-Bangla National Cricket Stadium in the country’s capital city of Dhaka. On Afghanistan Time, the first ball is scheduled to be bowled at 1 p.m..

Cricket fans in the United States, however, will need to get up early — or stay up late — to catch the live stream of the series decider between world seventh-ranked Bangladesh and 10th-ranked Afghanistan. The start time stateside will be 4:30 a.m. Eastern Daylight Time, 1:30 a.m. Pacific.

The Bangladesh vs. Afghanistan third ODI will be broadcast by the Bangladesh-based TV network GTV, which also offers a free live stream of its programming, including national cricket team action, around the clock. To access that stream in any country that does not block YouTube links, click on this GTV official link.

Note, however, that GTV broadcasts in the Bengali language. For non-Bengali speakers who feel unable to follow the action without commentary, the following options are available, but only in the regions indicated.

Other than the GTV link, this may be the best option for cricket fans in Afghanistan. The Dubai-based Orbit Showtime Network serves the Middle East and North Africa, and offers a free live stream available without login credentials by clicking on this link. But note that the OSN stream is not available outside of the Middle East and North Africa regions.

To watch a live stream of the third Bangladesh Vs. Afghanistan ODI cricket match, cricket enthusiasts in the U.S.A. can sign up for the seven-day free trial subscription to the Sling TV international sports package, which may be accessed at this link. A credit card will be required and the subscription price for the package is $10 per month — but canceling before the initial weeklong trial is up prevents any charges, allowing fans to watch the third Bangladesh Vs. Afghanistan ODI for free, legally.

The package of several international sports channels includes Willow TV, a network which specializes in cricket broadcasts, including the Bangladesh vs. Afghanistan match.

But note that the match will start on the Willow Xtra channel — also included in the Sling TV package — at 4:30 a.m. Eastern/1:30 a.m. Pacific, but will switch to the main Willow TV channel about three hours later, at the conclusion of Day Two play in the India vs. New Zealand second Test match.

Once you’ve signed up for the Sling TV package, download the Sling software (instructions will be on the Sling TV site at the link above) for desktop computers — as well as for a variety of mobile devices.

Sling TV software is available for the Apple iOS, the Android OS as well as Amazon Fire OS. The online TV service also offers a channel on several set-top boxes, including Roku, 4th Generation Apple TV, Google Chromecast and others, allowing cricket fans to watch the Bangladesh vs. Afghanistan ODI on their TV screens. For a complete list of Sling-compatible devices and operating systems, click on this link.

A Win Would be the 100th ODI Victory For the Tigers

Bangladesh missed a chance to gain their 100th One Day International victory by losing the second ODI. But hitting the 100-win mark would be a significant step not only for Bangladesh cricket, but as a symbol of the country’s progress over the 45 years of Bangladesh’s existence. The team once considered a “minnow” from an impoverished country is now a force to be reckoned with in international cricket, a fact exemplified by the Tigers’ streak of winning their last five ODI series, going back to November of 2014.

Bangladesh had not played an ODI match for 10 months prior to the arrival of Afghanistan. What was supposed to serve as an easy warm-up for a landmark series against England starting next week, however, has turned into a potential disaster unless Captain Mashrafe Mortaza and his team can figure out a way to get past the upstart Afghans — for whom a series win over Bangladesh would be historic.

Highlights of ODI Matches 1 and 2

Highlights from the Bangladesh win in the first ODI can be viewed in the video below, courtesy of Willow TV.

And in this video, highlights of the second ODI, won by Afghanistan.

Neither team is anticipating major changes from the second ODI. Here are the projected teams for Saturday’s crucial match. 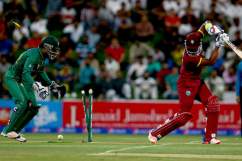