There are 14 games in the NFL this week, and while there are usually just one or two contests that stand out as having especially big scoring potential, that number is significantly higher in Week 11. Tennessee vs. Indianapolis features two of the best young quarterbacks in the league, two suddenly potent offenses, two shaky defenses and a whopping over/under of 53. The Packers' last three games--all losses--have averaged 64.67 points, so it's not surprising that their Sunday Night Football matchup against Washington has a projected total of 50.5. New England vs. San Francisco may be a blowout, but the Patriots will have little trouble moving the ball, while the 'Niners have sneaky garbage-time potential. The over/under there is 51.5. If you want to include Thursday (New England vs. Carolina), there are four games with an over/under of at least 50 points, which is the first time that's happened this season. In other words, there are lots of compelling DFS plays, and you can click through the gallery for my favorite FanDuel sleepers and value picks. You can click here for DraftKings. (Getty) 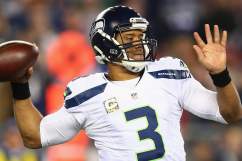 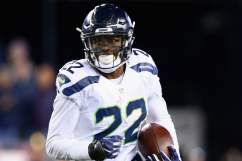