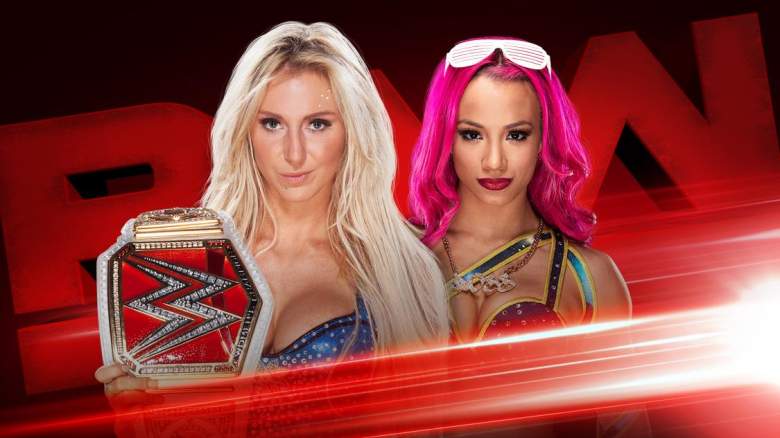 During a 30 minute Iron Man match at Roadblock: End of the Line, viewers were shocked when Sasha Banks began bleeding profusely seemingly out of nowhere. What exactly happened?

Well, Banks suffered an injury to the nose, and it appears that it occurred while Charlotte was kicking out of Banks’ backstabber shortly into overtime. When Charlotte kicked out, the back of her leg briefly collided with Banks’ face, and that evidently did some damage. At least, that appears to be what caused the injury. It all goes by quite fast, but if you go back and look at the footage closely, Banks is completely fine before that backstabber move, but the bleeding slowly starts not long after it.

This obviously was not planned, as evidenced by the fact that the commentary team did not even once acknowledge the fact that blood was covering Sasha Banks’ face for several minutes. If something like this were part of the storyline, you can bet that Michael Cole and the gang would be the first ones to mention it and play up the drama. It remains to be seen what the extent of the damage was and if Banks’ nose was broken.

At the conclusion of the Women’s Championship match at Roadblock: End of the Line, Charlotte was able to win the Raw Women’s Championship. The match went into overtime when both competitors were tied two to two at the end of the half hour, but Charlotte scored a fall a few minutes into sudden death and left with the belt. Now, the feud between Charlotte and Sasha Banks is seemingly over. Well, at least it’s supposed to be over, as there was a “no rematch” stipulation to this match. We’ll find out if the conflict has legitimately ended tomorrow on Monday Night Raw.

Quite a lot of WWE fans were unsatisfied with this conclusion, with one major complaint being that Sasha Banks tapped out with about three seconds left in the match. Plus, many viewers are just tired of the constant back and forth between the two superstars, with the Women’s Championship title essentially acting as a hot potato for the past five months and with every single Charlotte vs. Sasha match being hyped up like it has never happened before.

But few are disappointed with the dedication of Sasha Banks and Charlotte Flair, with both women putting it all on the line every single week. That’s especially true of Sasha Banks, who has been legitimately injured multiple times even just during this storyline. Fans may recall that back at SummerSlam in August, The Boss seriously hurt her back during a match with Charlotte and had to leave the ring for about a month as a result. That was one of the most shocking matches of the year if only because of the number of times that Banks fell directly on her neck or back and fans held their breath just hoping she wasn’t paralyzed.

Check back in soon for updates about Sasha Banks’ latest injury.