Hunter Renfrow was the hero.

The former walk-on gave the Tigers the lead for good against Alabama when he caught a 2-yard touchdown pass from QB Deshaun Watson with just 1-second remaining in the game. The play capped a raucous second half and put Clemson ahead for good, winning the 2017 College Football Playoff National Championship

The catch gave Clemson its first national title since 1981.

Down 14-0 to the Crimson Tide in the first half, Clemson clawed back all and took the lead late in the fourth quarter. But Alabama drove down the field on its next drive and reclaimed a lead, at 31-28. Clemson found life as the clock ticked below 1 minute.

The Tigers’ offense rallied to Alabama’s 2-yard line with just 6-seconds remaining — thanks to an Alabama pass interference penalty in the end zone — and that’s when Renfrow, a sophomore, came through in the clutch.

Watson took the snap, immediately scrambled to the right and found a wide-open Renfrow in the end zone for the go-ahead score.

Renfrow’s catch put Clemson ahead after the extra point, 35-31. The Tigers recovered the ensuing kickoff and kneed it on the next offensive play to win the second national title in school history. 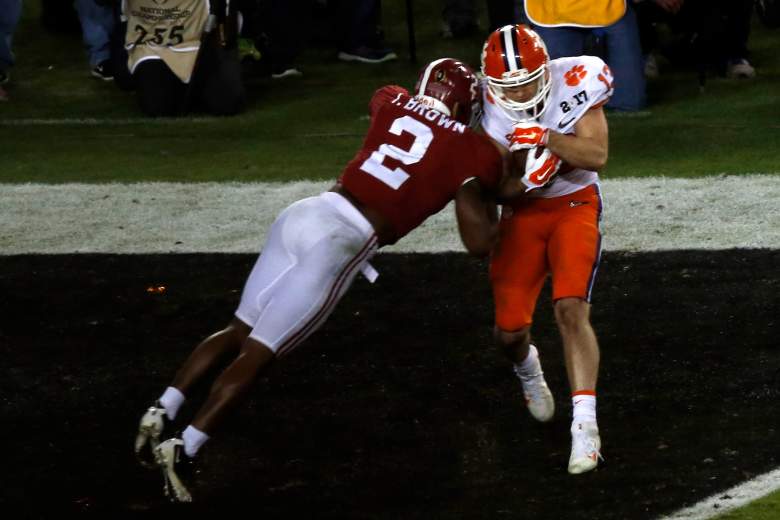 Renfrow hauls in the game-winning touchdown catch in the National Championship against Alabama on January 9. (Getty)

Renfrow had 10 catches, 92 yards and two touchdowns in the game. Here’s his first receiving touchdown of the title game.

Renfrow, who’s a redshirt, is from Myrtle Beach, South Carolina. He was originally a walk-on who earned a scholarship in 2015.

The 5-foot-11, 180-pound receiver’s final stat line was reminiscent of his performance during the title loss to Alabama in 2016 when he was a freshman. In that game, he had touchdowns of the 31- and 11-yard varieties. He finished the loss with 7 catches for 88 yards and the two scores. 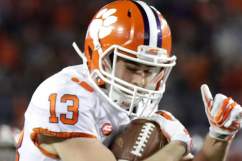 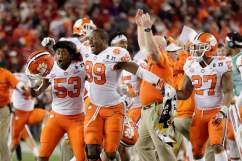