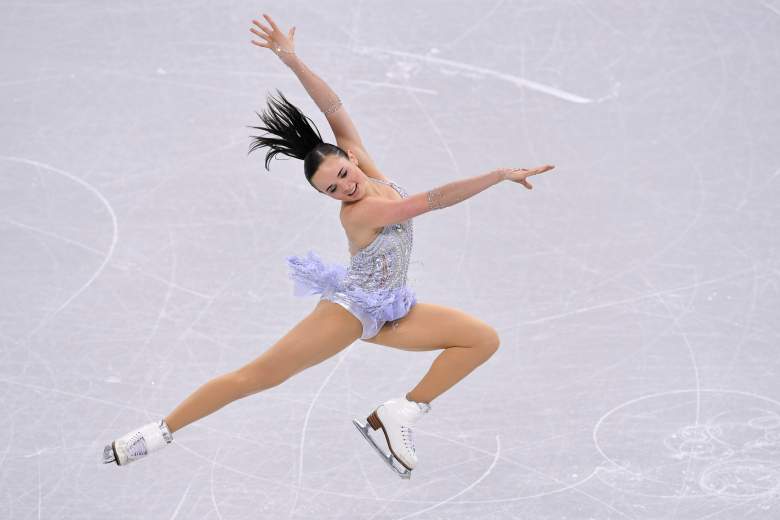 After winning an unexpected silver at Skate America, Mariah Bell has emerged as one of figure skating’s most promising talents. (Getty)

Mariah Bell may not be a household name yet, but the 20-year-old figure skater is a contender to make next year’s Olympic team. In the past year, Bell has gone from newcomer to rising athlete.

Bell was thrust into the spotlight after finishing third at the U.S. Championships in January, just a year away from the Winter Olympics. Her strong performance at nationals qualified her for the world championships in Helsinki beginning March 29.

As Bell prepares for worlds, here’s more about the young athlete and her figure skating career: 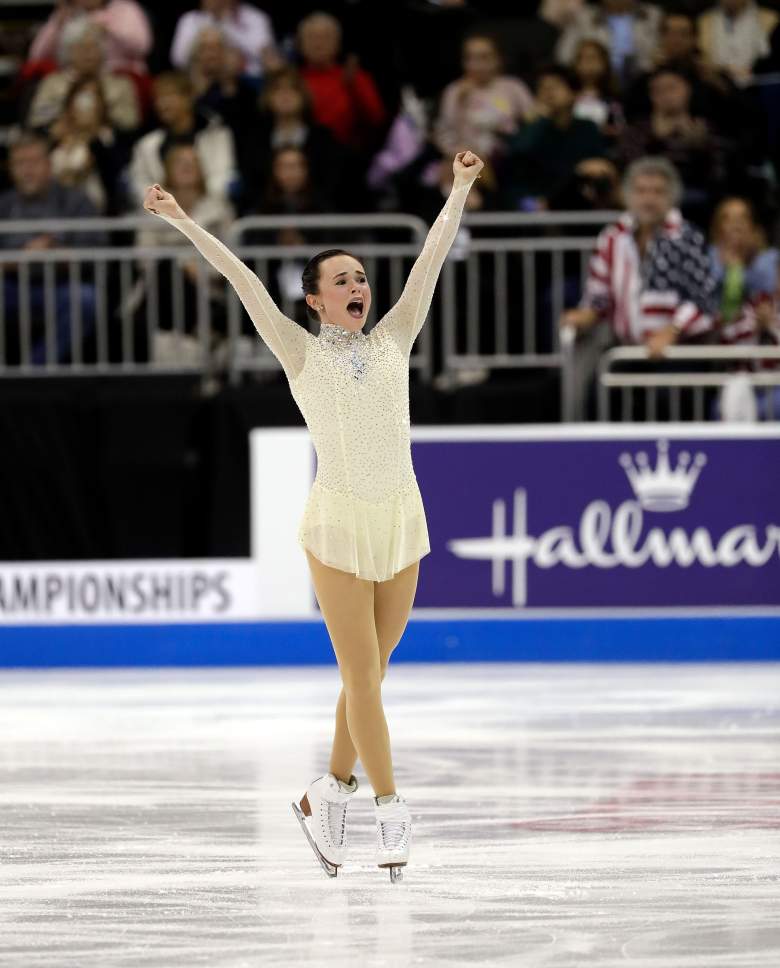 Bell was sixth after the short program at the U.S. Championships, but rose to clinch bronze after an impressive free skate. It marked her first medal on the senior level.

“I’m very, very excited,” Bell told The Denver Post. “The way that I skated wasn’t the shocking feeling. It was more when I was actually standing on the podium, because that’s something I’ve wanted all year. I knew I was capable of it, but you have to go out and skate two great performances.”

In October, Bell had a breakthrough performance at Skate America, earning an unexpected silver.

“There was more talk after Skate America, there was a buzz here [for me], and that was something I never had in my career yet,” Bell told Excelle Sports. “Being able to skate performances that I’m more proud of when there is more pressure on myself is something I am really proud of.”

Her current program features a triple Lutz-triple toeloop combination and triple flip-single loop-triple Salchow. Bell explained that she will look to add more elements to her programs in the offseason. 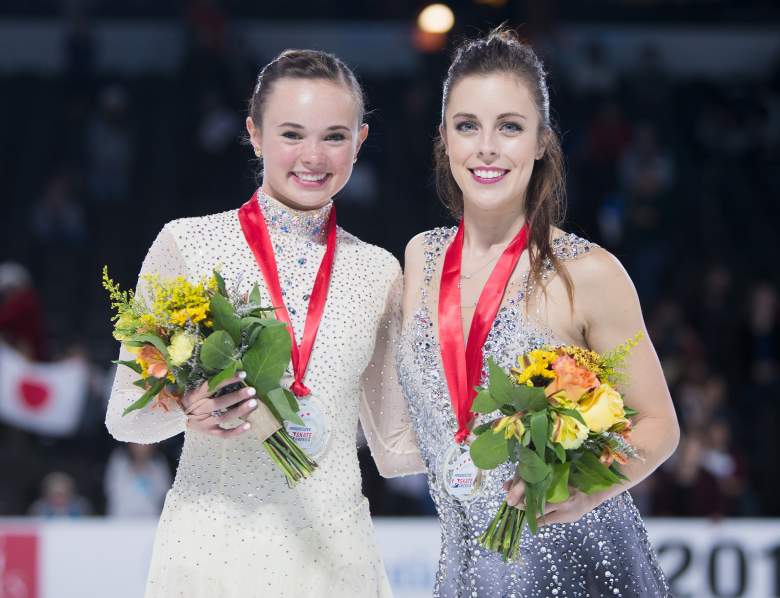 The Oklahoma native found a high level of success before competing on the senior level. Bell won bronze as a novice in 2011 and silver as a junior in 2013.

“I definitely want to show I’m a senior lady now,” Bell told Excelle Sports. “I think I got caught in the mix of coming up in the juniors switching into senior and I want to establish as a senior. I really want to continue building up my technical arsenal.”

Bell placed right behind training partner Ashley Wagner at both, Nationals and Skate America. Bell and Wagner are coached by renowned Figure Skating Coach Rafael Arutyunyan. Before the season began, Bell moved to California to train with Arutunian and has taken strides in her career since.

Wagner, who won silver at last year’s Worlds sees a high level of potential in Bell.

“Right now you are looking at something that is very exciting for U.S. figure skating—someone who is taking over once the veterans [retire],” Wagner told Excelle Sports. “We haven’t had a glimpse of this the last couple of years.”

Although training alongside your competition could create concerns, both women told USA Today it has been beneficial.

“Ashley has a really incredible work ethic, and she comes every day really motivated to train. Just to be able to train with her has been really, really awesome,” Bell told the newspaper.

“You have no idea what it’s going to be like bringing another female competitor into the rink. I didn’t know her that well before she started working with Raf. I was a little bit anxious,” Wagner explained in the article. “She has so much positive energy, and coming into the rink every single day and having her there has been really great for me. She really pushes me.” 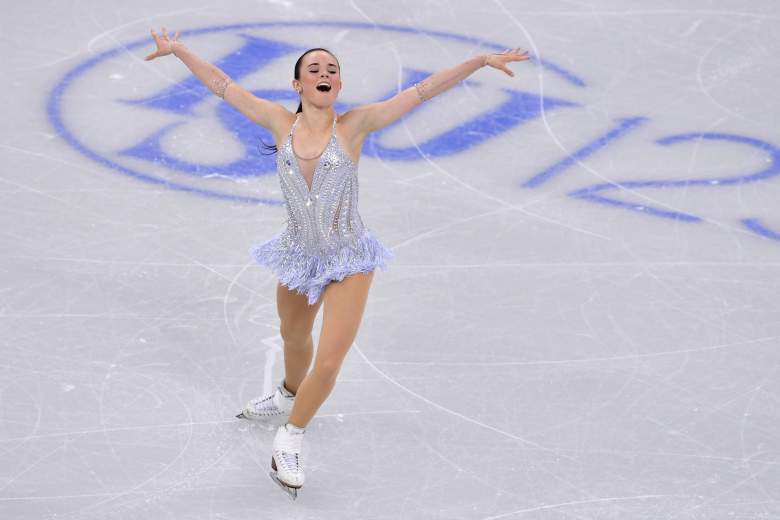 In August, Bell moved from Monument, Colo., where she was coached by Kori Ade, to Lakewood, Calif., to train under Rafael Arutunian. Arutunian, a former Soviet national competitor, has coached Michelle Kwan and currently trains 2016 U.S. men’s champion Adam Rippon.

“We worked on my technique,” Bell told Excelle Sports. “I was really excited to show improvement, and I was looking for more technical help and elite training. The environment is so awesome and everyone is so supportive.” 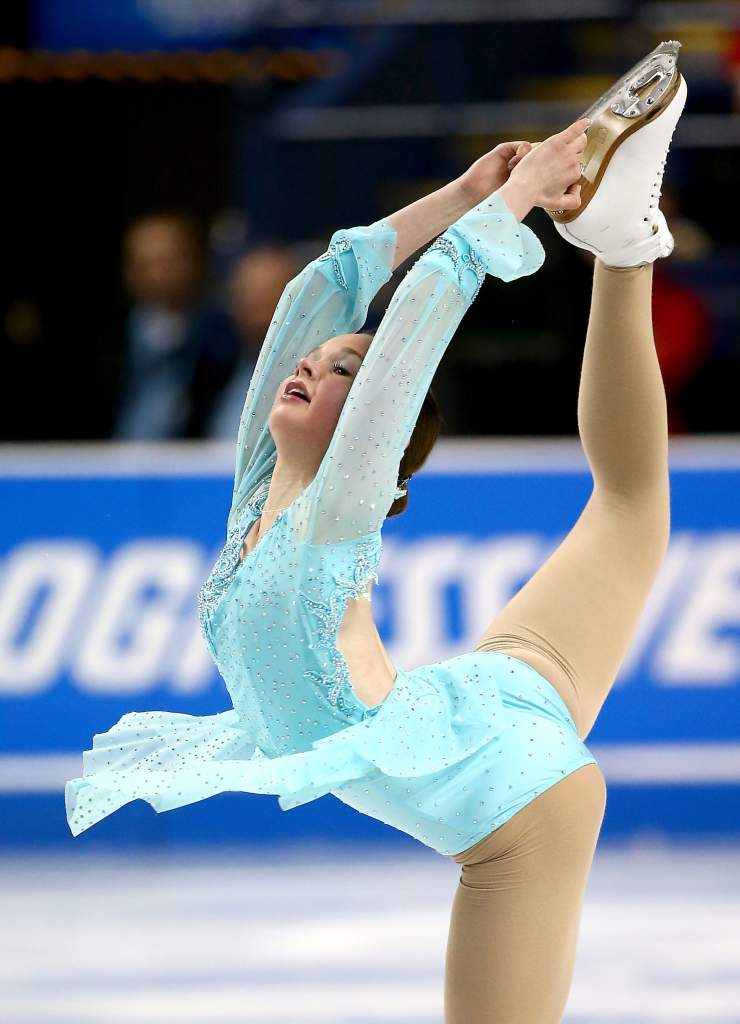 The Bell family’s life has revolved around figure skating for nearly two decades. Mariah’s older sister, Morgan was the first in the family to take skating lessons at 6 years old.

“Mariah was a rink rat,” Morgan told Omaha World Herald. “She was always there, so mom put her in group lessons at 3.”

The Bell sisters remained dedicated to the sport and moved around the country to work with the best coaches, from South Carolina to Illinois to Texas.

Like all families in competitive figure skating, many sacrifices were made including time spent apart.

In 2007, Mariah’s mother, Kendra and her daughters moved from Texas to Colorado so they could train with a new coach. With elite competitors spending close to $80,000 per year, per skater, her father, Andy had to stay in Houston for his job at a petrochemical company.

However, the tough decisions and hard work paid off in 2011, when both sisters qualified for nationals for the first time. Mariah was a novice and Morgan competed as a senior.

Mariah took bronze on the novice level. Morgan was 17th in senior competition.

Although Morgan is no longer competing, she has continued her skating career with Disney on Ice.

5. She Was Named After One of Her Mother’s Students 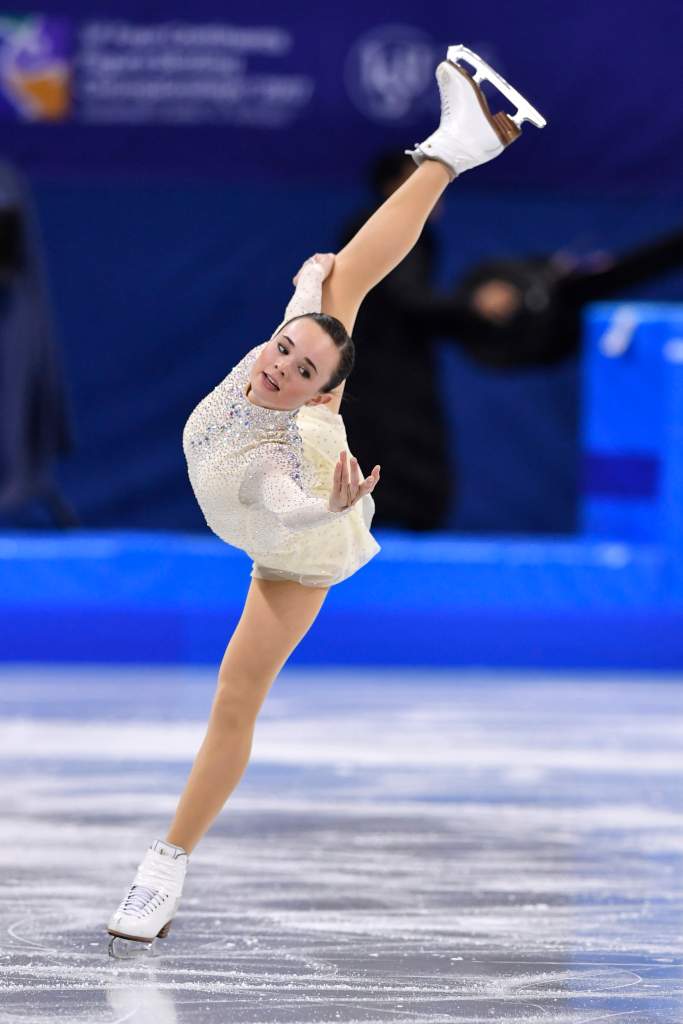 Bell whose full name is Mariah Cheyenne was named after a student her mother taught in preschool.

As Bell explained on Ice Network, the student’s name was Cheyenne Mariah, and her mother flipped it.

Bell has often said her mother has been central in her figure skating career.

“We were extremely proud of her performances and the fact that she was able to overcome the nerves,” her mother told The Denver Post following the U.S. Championships. “She went into nationals kind of with a name, which was the first time at the senior level that she had done that. She had interviews, she had people wanting to talk to her, and that was all new. She wasn’t used to that attention, and I thought she did a very nice job managing it all.”