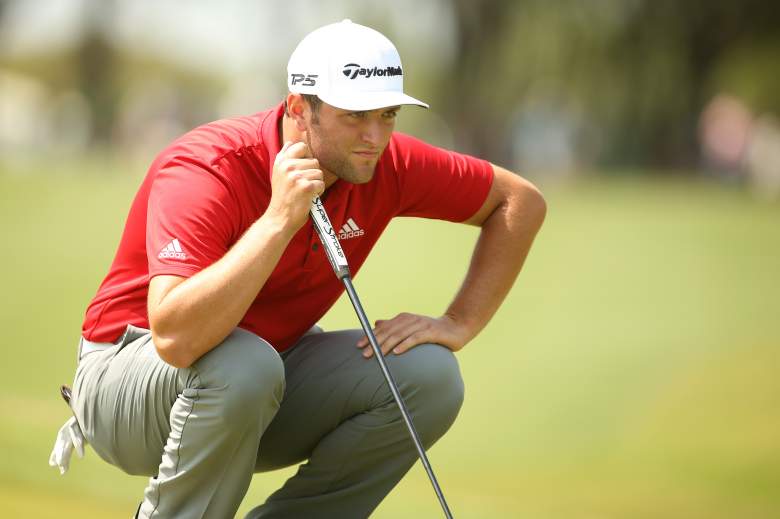 Jon Rahm is one of the top young golfers in the world. (Getty)

Jon Rahm has taken the golf world by storm during 2017. Rahm is originally from Barrika, Spain but moved to the United States to attend college at Arizona State.

Rahm progressed through the ranks in Tempe and turned pro in 2016. The 6’2″ and 220 pound Spaniard entered the 2017 Masters as one of the favorites to compete at Augusta. His parents, Angela and Edorta, along with his brother, Eriz, all live in Spain but still show their support for Rahm despite being separated by thousands of miles.

Mickelson played a big role in Rahm’s transition to the United States and the development of his golf game. Rahm spoke with Golf Week about joining the pro ranks with his college coach by his side. 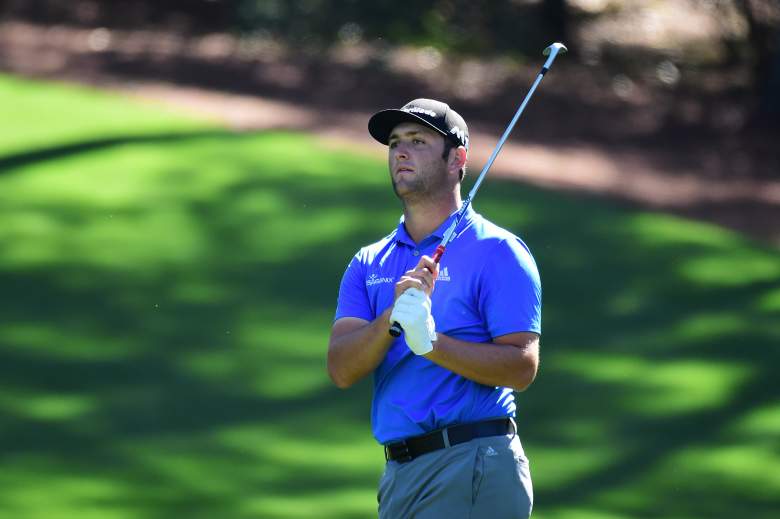 How did Rahm learn English after he moved to America? He memorized rap songs. According to USA Today, two of his favorites are Eminem’s “Love the Way You Lie” and Kendrick Lamar’s “Swimming Pool”. Rahm spoke with USA Today about his love for Hip-Hop.

“It was more, not necessarily to learn new words, but to be able to pronounce certain words and be able to talk faster, talk without pausing. Otherwise, right now I would probably still be in the first part of the interview trying to explain how I felt. … It really helped me to keep up with some conversations,” Rahm told USA Today.

Rahm’s relationship with his girlfriend, Kelley Cahill, has been beneficial on and off the golf course. According to Golf.com, Cahill is a former javelin thrower at Arizona State and helped Rahm make adjustments in his diet. After doing some medical tests, he cut out a number of things that were not beneficial to his health including dairy, gluten, sugar and olive oil.

“Kelley is an amazing cook. She makes a spaghetti carbonara that has no dairy, no gluten, no bacon and somehow tastes good. I don’t know how the hell she does it,” Cahill told Golf.com.

4. Rahm’s Father Encouraged Him to Move From Spain to Play Golf in America

Ronda de golf the año nuevo new years golf round played like shit but it was fun thanks daddy!! #golfbiarritz #lephare

When Rahm was debating whether to leave Spain, it was his father, Edorta Rahm, that pushed him to move across the country. Rahm spoke to Penn Live about the advice he received from his father.

“My dad always told me the future of golf, especially my future, would be coming to the States. That’s something really impressive to think, because not many Spanish players that were my age came. … He said, ‘If you don’t like it, the worst that will happen is you can learn English.’ Turned out great for me. I had a great experience and became probably the best player I could be,” Rahm told Penn Live.

5. Rahm Is the Only Two-Time Winner of the Ben Hogan Award

The Ben Hogan Award recognizes the top college golfer. It is one of several accolades that point to Rahm’s impressive collegiate career. Rahm is the only golfer in the history of the award to win it twice. Rahm was an NCAA All-American four times. He has a long way to go before having a career close to his idol Seve Ballesteros, but he is off to a good start.