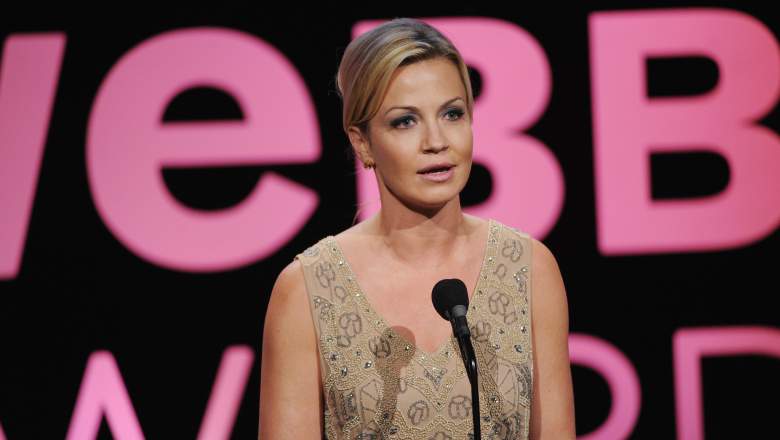 Michelle Beadle is the popular host of ESPN’s SportsNation and NBA Countdown. The 41-year-old Beadle has been at ESPN since 2009 after getting her start in Texas and then YES Network in New York.

Beadle has a big following on social media. She has over 51,000 followers on Instagram and 1.45 million followers on Twitter. She’s never married and does not have children.

Here’s what you need to know about Beadle’s life and career.

Beadle is currently single. She was in a long relationship with actor and singer Steve Kazee, but that relationship ended in 2016.

Beadle revealed her single status in an interview with My San Antonio in December 2016. When asked if she was expecting any big Christmas gifts, she said she wasn’t.

“I just got out of a relationship. That would’ve been the only shot at something nice,” she told the site with a laugh. She declined to go into details about her break-up with Kazee.

“It just uh… Yeah… It didn’t work,” she told My San Antonio.

2. She Was Born in Italy to an Italian Mother & Oil Executive Father

Although Beatle was raised in Texas, she was born in Italy. Her mother, Serenella, is Italian. Her father is Bob Beadle, a Valero Energy executive.

In a 2015 Daily Beast interview, Beadle described her mother as a “super-hippie in the ’70s” who once protested by handcuffing herself to the American embassy in Rome. Her father is the complete opposite, as a political conservative.

But she followed in her mother’s footsteps, even calling people for the Bill Clinton campaign during the 1990s. She grew up in Roanoke, outside Dallas, and Boerne, outside San Antonio, where she clashed with conservative friends.

Beadle attended the University of Texas at Austin, studying law and even dreamed of becoming a politician. She worked as a page in the Texas State Capitol.

“I thought I was going to go into politics, but that became disheartening. You see that a lot of stuff doesn’t get done, people walk around all self-important, and it’s just depressing,” Beadle told the Daily Beast.

Beadle didn’t graduate, dropping out after her GPA hit 0.7. Then, she decided to travel around, eventually landing in San Antonio, where her father helped her get that important first job in the media. 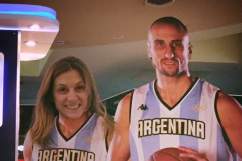 3. Beadle’s Media Career Began as an Intern With the San Antonio Spurs

In her Daily Beast interview, Beadle said she knew her father helped her get her first job in sports, which eventually led to her media career. She said her father was fiends with Spurs executive Lawrence Payne, and he got Beadle a meeting with Payne.

“It was my Dad’s way of saying what he wanted to say to me, except he got Lawrence to say it. I loved that team, so to be chewed out like that by someone like that really got to me,” Beadle told the Daily Beast.

Payne gave Beadle an internship and she went back to school. Before she graduated, she got a job as a sideline reporter for TNN, covering bull riding.

Beadle remains an unabashed Spurs fan. In an interview with NBA.com, Beadle said she could attend every single home game.

“It was a great learning experience,” she said. “It was a really great place to start because the organization itself has always been spot-on.” 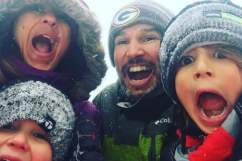 4. Beadle Earns $3 Million a Year, Making Her 1 of the Highest-Paid Female Sportscasters

In 2012, Beadle joined NBC Sports, but her tenure there ended when The Crossover With Michelle Beadle was cancelled in September 2013. In March 2014, she returned to ESPN’s SportsNation.

In September 2016, The Hollywood Reporter reported that Beadle earned a contract extension that pays her over $3 million a year. That makes her one of the highest-paid female sportscasters in the country.

(Celebrity Net Worth estimates that Beadle’s net worth is $4 million, but this is likely out of date since the site still shows her salary at $600,000.)

In April 2017, Beadle was promoted to full-time NBA Countdown host after Sage Steele was fired.

Beadle is also a wrestling fan and once boycotted the WWE because Triple H was friends with Floyd Mayweather. In February 2016, Pro Wrestling Sheet reported that Beadle had a personal phone call with Vince McMahon. 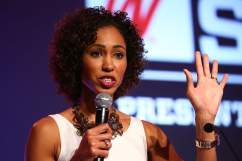 Beadle infamously had a feud with Erin Andrews, who now works at Fox Sports. As Deadspin reported in 2011 when Those Guys Have All the Fun: Inside The World of ESPN was published, Beadle had some unfavorable things to say about Andrews. Beadle admitted to watching the infamous peephole video.

Here’s what Beadle said in the book about Andrews, via Deadspin:

I felt bad for her. She looked fabulous but it was such a violation. I mean, I’ve had moments in my apartment in New York when the blinds were up for one brief second and you think, “Ugh!” but that’s nothing compared to what happened to her. Nothing. I think things might have been handled differently, but she seems to be moving on. Sometimes these things turn out better for people.

In a later interview with Deadspin, Beadle confirmed that she’s no Andrews fan. “Everyone who knows me knows that,” she told the site in 2011.

In a 2013 interview with Dan Patrick, Beadle sounded as if she didn’t hold Andrews in high esteem because she hosts Dancing with the Stars. “I try not to do those shows. Sure, if they made me. It would definitely be must-see TV, I’m sure,” she told Patrick.

Later, Beadle tried to downplay the feud. “[Andrews is] really not a relevant part of my world. And I don’t mean that in a jerk way. She’s just not part of my every day life,” she told Patrick. She also said she had an “awkward” encounter with Andrews in an elevator once.

When Beadle was on The Seth Davis Show in 2015, she said she was kind of “bummed out” that Andrews is never asked about her. Beadle said the two of them are “like apples and oranges.”

She told Davis when she was interviewed for Those Guys Have All The Fun, she was so new to ESPN that she didn’t really know how things were run there. She said she doesn’t know how her quotes in the book suddenly became a “negative” with Andrews. The two of them are just two different people.

Beadle has never stopped sharing what’s on her mind. In 2014, she took to Twitter to express her outrage over Stephen A. Smith’s First Take comments on Ray Rice, when Smith implied women could be to blame for domestic violence. Smith was later suspended for several days.

In her Daily Beast interview, Beadle said she was reprimanded for the tweets, too.

“I’m not a reporter, so I get to say whatever—and then I’ll get called into the office. I’ve learned that you can’t really call other people out,” Beadle told The Daily Beast. “But with that, I didn’t really call the person out, it was his words. I don’t regret that. The words were wrong, and somebody had to say something. His words sometimes are very… it’s somethin’ else.” 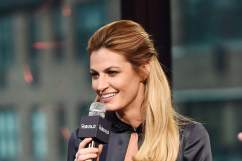