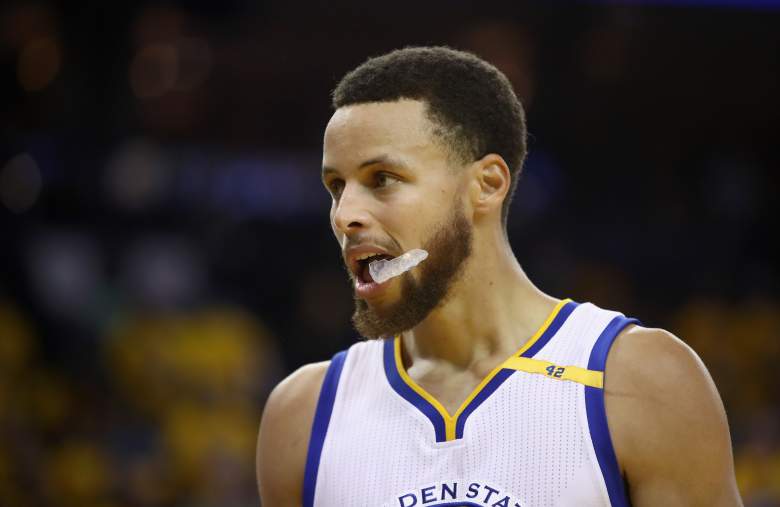 This time around, though, the Warriors have a notable change on their jerseys. A golden band with the No. 42 is on the right shoulder of the jersey, and it’s to honor a legendary former player that died last year.

“Without a doubt, he is one of the most beloved figures to ever wear a Warriors uniform,” Golden State owner Joe Lacob said of Thurmond to USA Today.

Golden State legend Nate Thurmond died July 16, 2016 at the age of 74 after a battle with leukemia. Thurmond played 11 of his 14 professional seasons with the Warriors and had a quite a stellar career. He’s considered by some to be one of the best centers ever to play in the NBA and he had his jersey retired by the franchise in 1978, becoming one of six players to do so.

Prior to the 2016-17 season, Golden State announced that it would wear the patch for every game during the season.

Remembering Nate ThurmondThe NBA family mourns the loss of one of the giants of the game, Hall of Famer Nate Thurmond, who passed away today at the age of 74. About the NBA: The NBA is the premier professional basketball league in the United States and Canada. The league is truly global, with games and programming in…2016-07-17T02:32:05.000Z

Thurmond was inducted into the Naismith Memorial Basketball Hall of Fame in 1985 because of his dominance on the floor. He was a seven-time NBA All-Star seven times and was selected to the NBA All-Defensive first or second team five times.

For his career, Thurmond averaged 15 points and 15 rebounds per game to go along with 2.7 assists. He had a field-goal percentage of 41.1 percent.

Thurmond was selected No. 3 overall in the 1963 NBA Draft after playing college basketball at Bowling Green. He’s the Warriors’ all-time leader in rebounds (12.771) and minutes played (30,735). Notably, he’s the first-ever player to record a triple-double. He scored 22 points, 14 rebounds, 13 assists and 12 blocks when he played for the Chicago Bulls in a game against the Atlanta Hawks in 1974.

“Looking back, he was as ferocious as any player in the history of the game on the court, but one of the kindest and nicest souls in his everyday life,” former teammate and coach Al Attles said to USA Today.

The Warriors also wore patch on their jerseys commemorating their 70th season as a franchise (it was created in 1946 in Philadelphia).

Two patches for the Warriors this year: 70th-season logo and memorial "42" band for Nate Thurmond. pic.twitter.com/Df1XNIohOt 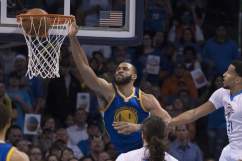