It’s always shocking to see who’s the latest wrestler to be released from their WWE contract.

In years past, WWE would launch into a sort of “spring cleaning” period and drop a bunch of Superstars at one time. Lately, they’ve chosen to get rid of certain wrestlers over the entire year. Plus there’s been instances of wrestlers taking matters into their own hands by requesting their release.

I’ve already delved into the long list of individuals who were released from WWE in 2017, so now it’s time to mark down those who’ve left WWE in 2018. Either you’ll see some of the men and women below ply their trade on the indy scene, Japan, Mexico or forego wrestling altogether.

This is a full listing of all the WWE Superstars who got their walking papers in 2018.

In the first month of the year, wrestling fans got the shock of a lifetime with this release. Amid some serious rape allegations, WWE had no choice but to let the man who held the Cruiserweight Championship at the time go. I was equally surprised and expectant of what’s happened to Enzo. The dirtsheets reported on his outlandish and way too cocky demeanor backstage during his run on the main roster.

Once all those WWE Network specials came out and folks got to talking about Enzo, those rumors got even more fuel since they usually mentioned him in a negative light. His gift of gab and master level mic work allowed him to stay working and become Cruiserweight Champion, even though his in-ring skills were severely lacking. If it wasn’t for his promo ability, Enzo would have been gone a long time ago. Enzo’s WWE career has come to a close in the darkest way possible. If the accusations brought against him are true, then this firing will sting for Enzo’s fans even more…

So the details surrounding this release are a major letdown. Last December, Swann came into some legal trouble after some domestic troubles between him and his wife (Impact Wrestling’s Su Young) transpired. Then in January of this year, charges were dropped against Swann for “insufficient evidence.”

But we all know that once a crime that’s tied to a celebrity/athlete hits the digital tabloids, that negative stigma is hard to leave behind. Swann may be an innocent man in the eyes of the court that presided over his case, but WWE won’t risk standing next to someone who has such a dark cloud hanging over their head. A press release stated that WWE and Swann decided to mutually part ways, but it’s clearly evident that WWE ultimately made the call to give Swann his walking papers.

After first learning about this release, my jaw hit the floor. Here’s a guy that has the height and intimidating stature Vinnie Mac simply adores. But it seemed like everything WWE did to push him to the moon simply failed. Splitting away from Enzo and competing in snoozefest matches against Big Show did him no favors. His major knee injury gave him some time away from the screen, which gave him the chance to start fresh on SD Live.

It’s easy to see that Big Cass was set for bigger things on the Blue Brand. But all that big man potential was unfulfilled, even while he was feuding with Daniel Bryan. Boring promos, a generic big man moveset, and complete apathy from the crowds kept Cass at the bottom rung of bankable Superstars. Honestly, I’m not really all that sad to see him go. As a native New Yorker from Queens, it was cool to have some representation in WWE. But he simply didn’t prove to be an valuable asset during his main roster run.

This one stings a lot…like a whole lot. Plenty of rumors began circulating back in 2017 over Neville’s sudden disappearance. Most of those rumors pointed towards him being displeased with putting over Enzo Amore as Cruiserweight Champion. And that’s quite understandable – a high-caliber talent such as Neville being fed to a less-talented wrestler such as Enzo had Neville fans scratching their heads.

Once Neville went ghost on his employers, WWE reportedly froze his contract and kept him from doing much of anything. Once August rolled around, news finally came out that Neville was granted his release. I’m of two minds when it comes to this firing – 205 Live’s new revival would have been the perfect place to showcase Neville. But Neville being let go from WWE gives him the chance to prove himself on the indies and across the globe. Kota Ibushi and Zack Sabre Jr. decided to take their talents back to NJPW after WWE’s Cruiserweight Classic and they’re currently thriving. Neville could be the perfect candidate for a major NJPW push. Wherever he goes next, Neville will surely succeed.

NXT Talent & WWE Broadcasting Talent That Have Also Been Released

Here’s a video detailing everyone who took their leave from WWE in 2018: 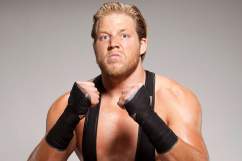 The WWE Talent Releases of 2017 You Need to Know