Getty Josh Allen #17 and the Buffalo Bills have secured a spot in the playoffs. Who will they play? (Photo by Maddie Meyer/Getty Images)

The Buffalo Bills secured a spot in the playoffs after their Week 15 victory over the Pittsburgh Steelers, which is the primary reason they sat the majority of their starters for Sunday’s Week 17 season finale against the New York Jets.

The Jets won Sunday’s matchup, 13-6, but the Bills were already looking toward next week. And now we know who they’ll be facing.

While the Bills’ spot in the AFC playoff picture is secure — they’re the No. 5 seed in the conference — their opponent in the Wild Card round remained yet unknown. Until this afternoon, that is. Buffalo was going to play either the Kansas City Chiefs or the Houston Texans in the first round of the playoffs next weekend. We now know who they will face.

Here’s a look at the current AFC playoff picture, as well as who the Bills will be playing in the Wild Card round next weekend. 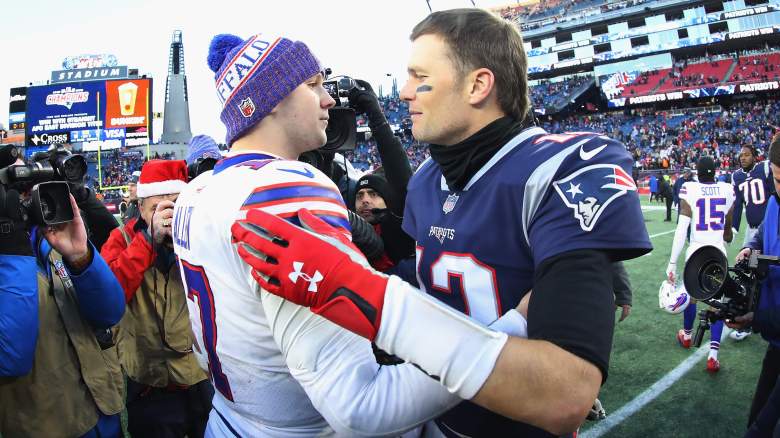 GettyJosh Allen (left) and Tom Brady will represent their respective teams in the postseason this year. The Pats will get a first round bye. Who will the Bills play in the Wild Card round?

The Baltimore Ravens (13-2) have sewn the No. 1 seed in the conference up, and will enjoy home field advantage throughout the playoffs, along with a bye in the first round. After their win against the Los Angeles Chargers this afternoon, The Kansas City Chiefs secured the #2 seed and a first round bye next week. The New England Patriots (12-4) are now the #3 seed, after falling in an upset to the Miami Dolphins Sunday. and will also get a first-round bye. The Houston Texans are sitting firm in the #4 slot.

The Bills have the 5th seed, and the Tennessee Titans currently have the 6th and final playoff spot in the AFC.

The Texans host the Titans in a late Sunday afternoon game with huge playoff ramifications. If Tennessee wins, they make the playoffs; if they lose, they leave room for the Pittsburgh Steelers to sneak in. 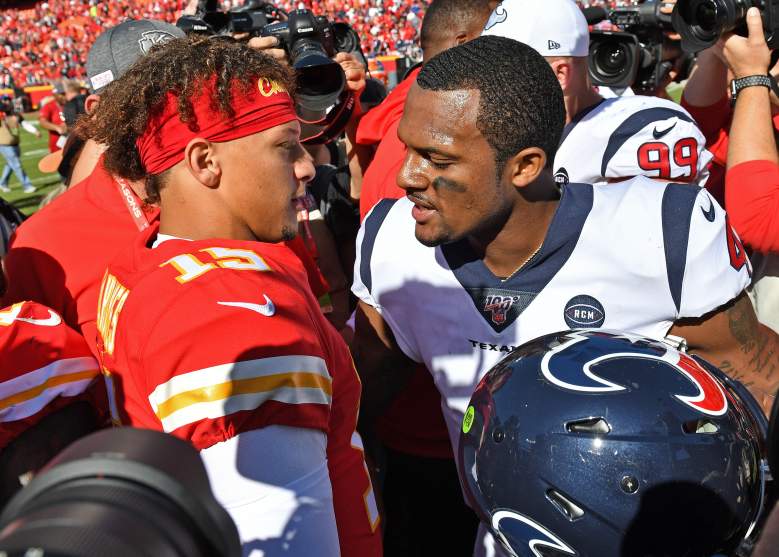 After Kansas City defeated the Chargers, the Chiefs wrapped up the #2 seed, which now means that Buffalo will play Houston. The Texans will host the game, as they are the NFC South champions.

In the other AFC Wild Card matchup next week, the Patriots will host the No. 6 seed, which is currently the Tennessee Titans.

The Bills defense will face a tough test against Deshaun Watson and company in what is already looking like an excellent game. The Bills last played the Texans in October of 2018, and the Texans won, 20-13. The Texans have won four of their last five against the Bills, and they will be getting a boost on defense when star pass rusher J.J. Watt returns.

READ NEXT: 5 Free Agents the Chicago Bears Should Target in 2020

Read More
AFC, NFC, NFL, NFL playoffs
Who will the Buffalo Bills play in the Wild Card round of the playoffs? Here's an updated look at the Bills' playoff picture after their Week 17 game.