Getty LeBron James during a March 8 game against the Clippers.

The NBA season has been on hold since March 11 due to the COVID-19 pandemic and a CNBC report started circulating on Thursday that agents and team executives were clamoring for the season to be canceled outright.

Los Angeles Lakers star LeBron James says that’s not the case and the three-time NBA champ took to Twitter to voice his frustration with the report.

“Saw some reports about execs and agents wanting to cancel season??? That’s absolutely not true,” James wrote. “Nobody I know saying anything like that. As soon as it’s safe we would like to finish our season. I’m ready and our team is ready. Nobody should be canceling anything.”

Saw some reports about execs and agents wanting to cancel season??? That’s absolutely not true. Nobody I know saying anything like that. As soon as it’s safe we would like to finish our season. I’m ready and our team is ready. Nobody should be canceling anything. ?

The report from CNBC’s Jabari Young cites health concerns and extra time to plan for a new year as key reasons for scrapping the season. Sports television executive Neal Pilson was quoted in the article, doubting that there would be enough information to establish a safe return to the court.

“You’re saying, ‘You guys go ahead and risk getting the disease, as long as we have TV money,’” Pilson told CNBC. “Are we going to know enough on May 1 or June 1, to schedule live sports on July 1 or Aug. 1? I doubt we will know enough in the next 30 to 60 days to project live sports.”

It’s also pointed out that the NBA canceling its season would have a ripple effect on the rest of the sports leagues. The NBA was the first to cancel and quickly the other league’s in action follow suit.

The NFL has made some adjustments — like its virtual draft last week — but have not made any announcements on pushing back the season.

The NBA announced this week that it was planning to open up practice facilities in early may in states where local rules allowed it. 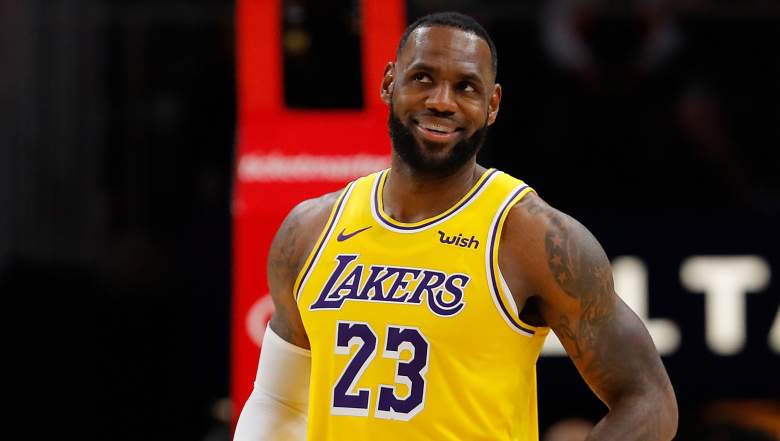 James has a lot of the line when it comes to resuming the season, beyond just money. His Lakers were rolling with a 49-14 record and atop the Western Conference. James was an MVP candidate and the Lakers were in the mix with the Milwaukee Bucks as championship favorites.

James has been vocal that the “what if” of this season if it were to slip by would be tough for him to handle.

LeBron James on a conference call right now with some media says he'll appreciate some of the special moments from this season regardless, but: "I don’t think I would be able to have any closure if we did not have an opportunity to finish the season."

“Closure? No, but to be proud of what we were able to accomplish to this point, I’ll be able to look back and say we did something special in that small period of time.”

James is in his 17th NBA season, but sure didn’t look like it during the year. At the time of the stoppage, James was averaging 34.9 minutes per games, 25.7 points, 7.9 rebounds and a league-leading 10.6 assists.

Part of why LeBron has been able to stand the test of time and not see a major regression in his game is because of the shape he keeps himself in year-round. Quarantine has not changed that, as evident in the videos the bushy-bearded version of LeBron has been sharing on social media.

All band and core work! Let’s work folks! Who with me??? #StriveforGreatness?