Instagram/TLC Yolanda and who she believes is her boyfriend Williams on "90 Day Fiance."

Yolanda and Williams, stars of the hit reality series 90 Day Fiancé: Before the 90 Days, have had a strange storyline this season, to say the least. Despite the mounting evidence that her English (or Nigerian?) boyfriend was catfishing her, Yolanda still refused to believe he was a scammer and she continued to ignore all the signs and red flags.

Although Yolanda’s children helped her see some reason when they revealed Williams was using stock photos of a model on his Instagram page, she still wanted to talk to him and was convinced his intentions were pure, and that he’d have an explanation for the fake pictures.

Yolanda’s daughter Karra finally hired a private investigator to help her mom move on during the Season 4 finale, and the PI will be featured on Sunday’s “Couples Tell All” special with an update on Williams’ case. So what does the PI find? Are Yolanda and Williams still together today? Did she ever get any real answers about Williams’ identity?

Keep reading for spoilers on the Season 4 “Couples Tell All” special of 90 Day Fiancé: Before the 90 Days, but be warned: MAJOR SPOILERS AHEAD! Turn back now if you don’t want anything ruined for you before the episode airs! 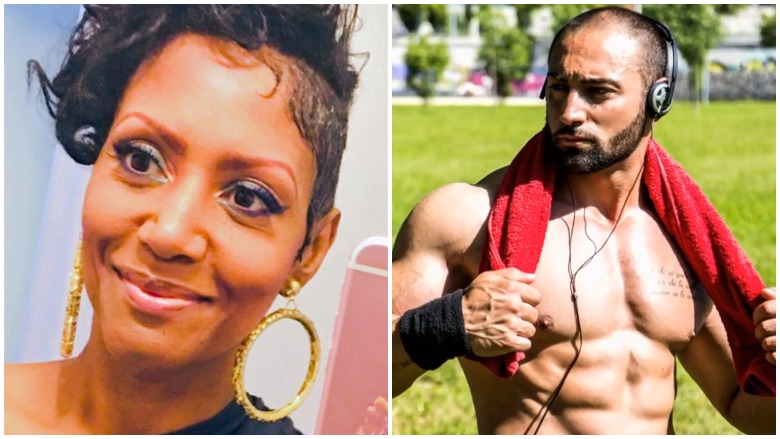 During tonight’s episode of 90 Day Fiancé, Yolanda’s daughter introduces the PI that she hired to find Williams’ real identity. When host Shaun Robinson asks why she hired a PI to begin with, Karra answers, “We thought it would be best to hire somebody else, outside of our home, to prove to her that this guy is a scammer.”

Robinson then introduces Scott Hunter, the PI investigating Williams, to the rest of the cast. When Robinson asks Hunter if he thought Williams’ case sounded suspicious right off the bat, he answers, “Yes, most definitely. I wouldn’t say there were red flags, I would say they were more of red banners. There were a lot of things that Yolanda brought up, things that just didn’t make sense to me in today’s day and age.”

Hunter continues, “When somebody can’t FaceTime you, that’s very suspicious, but one of the things that was unusual about this case is the amount of time Yolanda spent talking to this gentleman. One of the things I thought was that he might try to do some type of identity theft, or some other type of motivation that he had working here.”

After Robinson shares the clip earlier in the season when Yolanda received a threatening email from a stranger demanding money in exchange for nude photos of Yolanda, the host asks Hunter to elaborate on his findings. When she asks if Hunter believes Williams’ account was hacked (which is what Williams claimed happened), Hunter replies that he “can’t rule it out.”

“I would just say in my training and experience, I highly doubt that his camera was broken on his phone … just all these different things that he was coming up with, like he didn’t know where the airport was in Manchester even though he’s from there? In my business we call that a clue.”

Yolanda Calls Her British Boyfriend Williams | 90 Day Fiancé: Before the 90 DaysYolanda calls her boyfriend Williams, a British man she met on Instagram. Stream Full Episodes of 90 Day Fiancé: Before The 90 Days: tlc.com/tv-shows/90-day-fiance-before-the-90-days/ Subscribe to TLC: bit.ly/SubscribeTLC Join us on Facebook: facebook.com/90DayFiance/ facebook.com/TLC Follow Us on Twitter: twitter.com/TLC We're on Instagram! instagram.com/TLC2020-02-22T18:00:02Z

After discussing the blackmail a bit longer, Hunter finally reveals his findings on Williams. He tells Robinson, “When it comes to these types of investigations, it’s a lot easier to do it while it’s going on. But once all this stuff is shut down it becomes a lot more difficult to unravel what happened. So, the social media accounts came back with having connections to Nigeria, and having been used in Nigerian scams in the past.”

He also discusses Williams’ strange accent and everybody agrees that Williams sounds more like Usman than Tom (who is from England). Hunter then adds, “This person is allegedly in England and if you’ve ever been to Europe, they have these internet cafes all over the place. So he could have very easily gone to an internet cafe, gotten on a computer and FaceTimed with her.”

When Robinson asks Hunter if he believes they will ever find the real Williams, he responds, “I believe this is a made-up name, this was somebody who came up with this scam. He’s not the first person to DM someone and start talking to them and say everything they want them to hear.” After listening to Hunter’s findings and Usman’s experiences with scammers in Nigeria, Yolanda finally agrees that Williams was most likely a scammer.

It took me awhile to learn “Being alone is not scary….but being with the wrong person is a lot more frightening!” 💕💕 Take this Quarantine time to reflect on what really counts….🙏🏾🙏🏾🌸🌸💞💞!!

It’s unclear at this time if Yolanda and Williams are still together today, and we likely won’t know for sure what happens between the two until the Tell All wraps up. Contractual obligations to TLC stops the 90 Day star from sharing much in terms of her relationship while the show is still airing, and Yolanda’s Instagram page doesn’t reveal much about her love life currently.

However, Yolanda has been posting cryptic messages on Instagram over the past few weeks that has us thinking she might be single again. She appeared to throw some shade at Williams on Instagram when she uploaded a selfie to her page on April 7 and captioned the photo, “It took me awhile to learn ‘Being alone is not scary….but being with the wrong person is a lot more frightening!’”

Although the Instagram captions and veiled digs about being with the wrong person are far from proof that Yolanda and Williams split up, the tone of both messages gives the impression that the reality star is single once again, and no longer involved with whoever Williams turned out to be. She also admits during the Tell All that she hadn’t spoken with Williams since February, so it looks like Yolanda finally wised up to his scam.

Read More
90 Day Fiance, Reality TV, TV
What does the private investigator dig up on Williams during tonight's "90 Day Fiancé: Couples Tell All" special? Are Yolanda and Williams still together? Here's what we know.