Lionel Messi is considered one of the world’s best soccer players—and it will hopefully run in the family. Messi is an Argentine forward who plays for Barcelona in the regular season. Though he’s been plagued with injuries in recent seasons, he still makes a splash both on the field and off, which is probably why so much media attention has already been lavished on his young son, Thiago.

Here’s what you need to know about one of Argentina’s luckiest babies.

Messi has been connected to several beautiful women (including Argentine model Luciana Salazar), but it was a hometown beauty who stole his heart. Back in 2006, tabloids linked Messi to an unknown woman who was from the same small town of Rosario, Argentina. In 2009, however, Messi told Canal 33, a Catalan television channel based in Barcelona, that he had a girlfriend who lived in Argentina.

Though she makes most of her money modeling, Roccuzzo was studying to be a dietician when she moved to Barcelona to be with her childhood sweetheart, who she has known since he was five years old. When Roccuzzo was just 12 weeks pregnant, Messi celebrated a goal for Argentina in a 2014 World Cup qualifying game by placing the ball under his shirt.

2. He Has His Own Custom Jerseys

It isn’t totally uncommon for WAGS to dress their children in pint-size jerseys that boast their fathers’ names, but Thiago’s are particularly adorable. He sports his father’s iconic number 10, but instead of a jersey that matches his mother’s that just says “Messi,” Thiago’s says “Papi,” presumably the shortened version of “Dad” that the family prefers.

… and his Papi makes them special for him. Thiago has been to games both when Messi was playing for Argentina and for Barcelona, and Messi usually makes a special symbol or sign to let his son know that his father appreciated his presence. When he made a significant goal in the World Cup game against Iran, for example, Messi looked up to the audience with one arm raised and his thumb in his mouth—probably a family joke or inside reference.

Thiago is often brought down to the field to congratulate his father after the game as well. Backstage access is just one of the perks of being one of the world’s most famous kids.

4. Messi Has Tattoos of Thiago’s Name & Handprints on His Leg

When Thiago was born, Messi didn’t hold back his joy in a semblance of male solemnity. Instead, Messi announced to the world on his personal Facebook page that he was “the happiest man in the world” upon becoming a father. He also thanked God for “this gift” on his social media, along with his family. Before Thiago was born, Messi told El Pais that having a child would make him think differently, because he would have to. “You can no longer just think about yourself,” he told El Pais. “You think about him, and how you hope he doesn’t have any problems.”

To permanently remind himself of this commitment, Messi got Thiago’s name and handprints tattooed on the back of his left calf. Every time he scores a goal, Thiago was a part of the kick.

5. Thiago Shares a Birthday With Other Soccer Babies

November 2 is a lucky day for the royal families of football. Thiago was born the same day as Wayne Rooney’s son and Steven Gerrard’s daughter, both players for England. Thiago was born in 2012, and is a bit younger than his birthday counterparts. 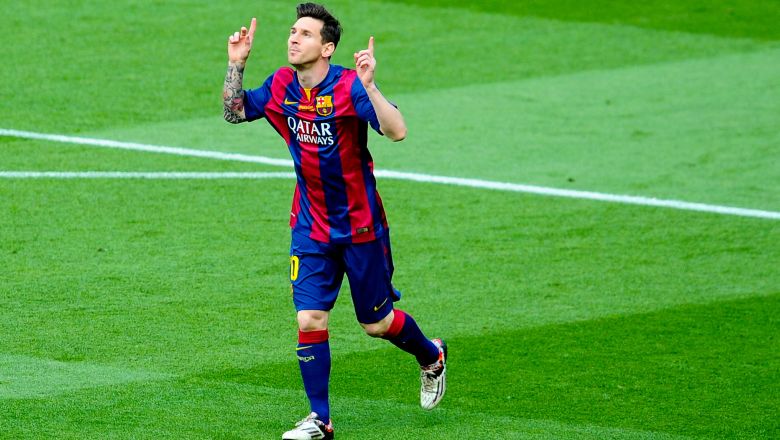