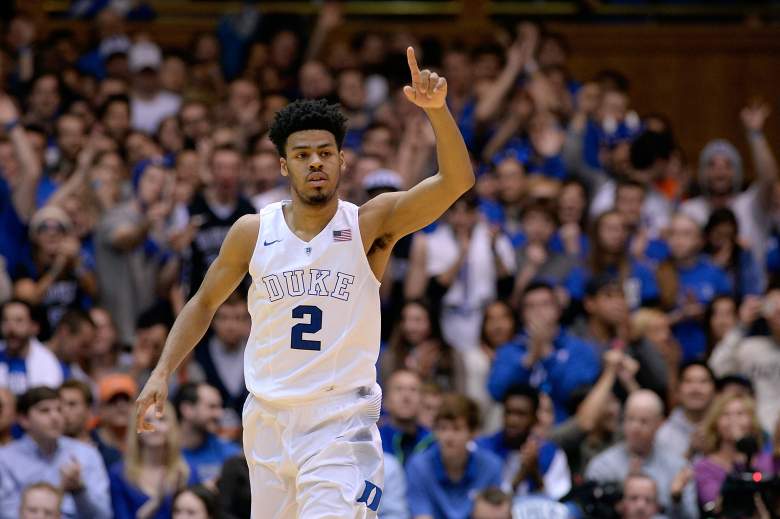 Quinn Cook is the starting point guard for Duke University.

The 6-foot-2 senior guard was one of the top-rated basketball recruits in the nation and was a highly coveted player among the class of 2011 by many colleges.

Cook is one of Duke’s primary impact players, and since four-year players are a thing of the past now with many talented collegiate athletes jumping pro sooner, he is a go-to guy for Coach K.

1. Cook Comes From a Basketball Family 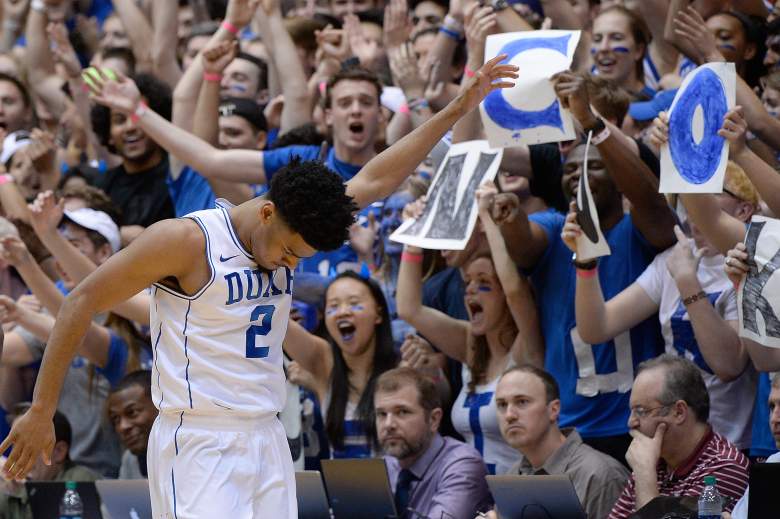 Quinn is the son of Janet and the late Ted Cook.  He has one older sister, Kelsey. Former Blue Devil All-America guard Nolan Smith — who won a National Championship with Duke in 2010 — is his god-brother.

Quinn wore the #2 at Oak Hill Academy and now at Duke in tribute to Smith.

2. Cook Was a Standout in High School 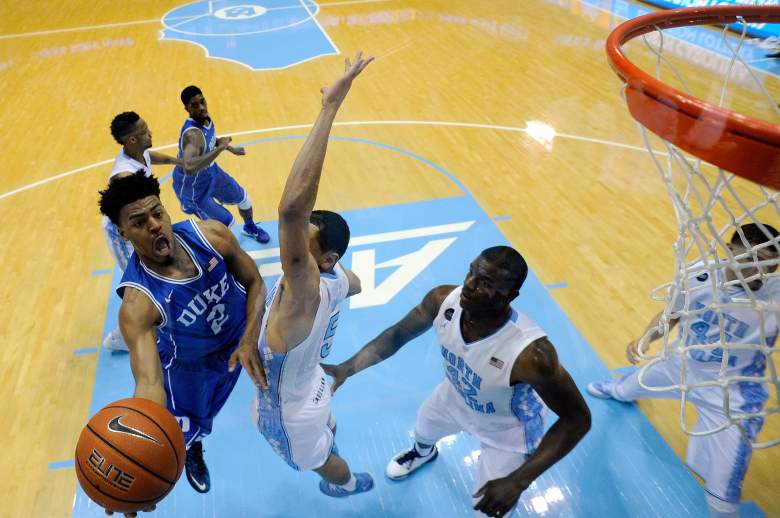 He attended DeMatha Catholic High School in Hyattsville, Maryland until his junior season before transferring to the revered Oak Hill Academy for his senior season.

3. He Also Played for USA Basketball as a Teenager 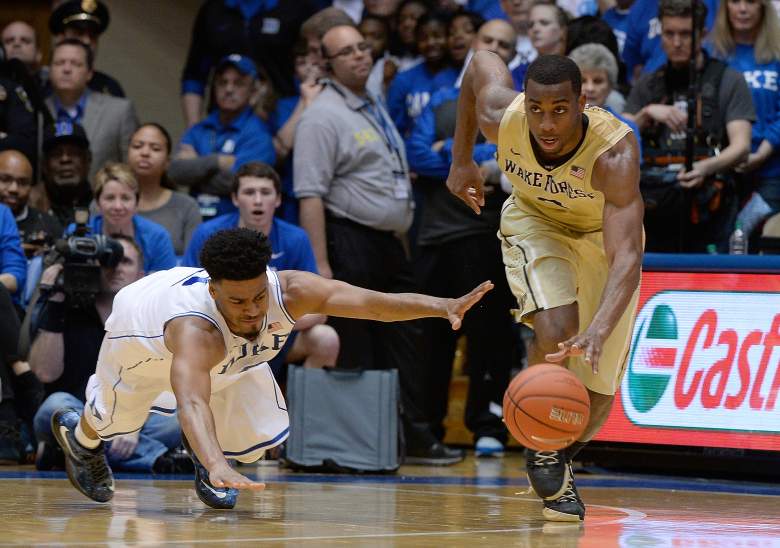 According to Cook’s bio page on the Duke athletics website, his list of accomplishments for Team USA include:

Recorded 12 points, on 5-of-7 shooting, and three assists to help the USA Basketball Junior National Select Team to a 92-80 win over the World Select team in the 2011 Nike Hoop Summit.

Team captain of the 2010 USA U17 World Championship Team that posted a perfect 8-0 record and captured the gold medal … started all eight games and averaged 7.5 points, 3.0 rebounds and a tournament-leading 7.4 assists per game.

Also the team captain of the 2009 USA U16 National Team that posted a 5-0 mark and captured the 2009 FIBA Americas U16 Championship gold medal — started all five games and averaged 15.6 points, 3.6 rebounds and a team-high 5.0 assists per game

The Point Guard Has Developed into a ‘Coach K’ Favorite 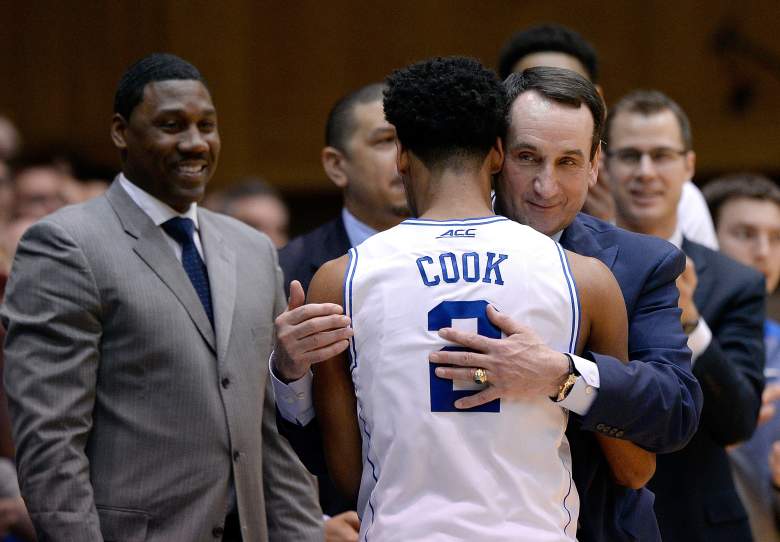 Remember how Cook was a Coach K “go-to” guy. Well, that relationship started in the courting process when Cook had yet to commit to a school. There were several options on the table, but Duke was never in doubt.

He chose to attend Duke over UCLA, North Carolina and Villanova – three programs that have had success in the last 40 years. Why? The reason: Coach K.

The reason I chose Duke is because of Coach K.

Straight from the horse’s mouth.

Cook also boasts a career 2.62:1 assist-to-turnover ratio, which is only No. 1 in the history of the program.

5. The Pair Are Still Looking For a National Championship

Quinn Cook #2, Rasheed Sulaimon #14 and Rodney Hood #5 of the Duke Blue Devils celebrate in the second half against the Mercer Bears in the second round of the 2014 NCAA Men’s Basketball Tournament at PNC Arena on March 21, 2014 in Raleigh, North Carolina. (Photo by Streeter Lecka/Getty Images)

Despite Cook’s immense talent, he has yet to win the coveted National Championship in his three-plus years as a Blue Devil. During that time-frame, the Blue Devils have been bounced in the ROUND OF 64 TWICE. 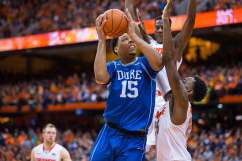 Read More
Basketball, Breaking News, College Basketball, Duke, March Madness 2015
Quinn Cook is one-half of the Duke Blue Devils' starting backcourt. Cook has been a key player for the team since he arrived in the fall of 2011.