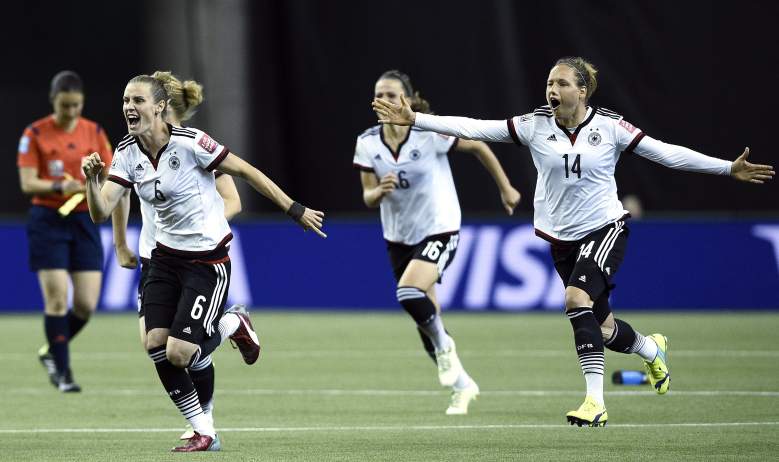 The German women’s soccer team is, quite simply, on a whole other level.

The group, currently ranked No. 1 in the world, are the odds-on favorite to win this summer’s World Cup. Oh, and the offense isn’t all that bad either. Germany leads the remaining field with 20 goals scored, including three goals on defined set pieces. Celia Sasic has six of those goals on her own.

Now, Germany looks to punch its ticket to the World Cup final with a matchup against the United States, which just happens to boast the field’s best defense. It’s No. 1 vs. No. 2, history vs. history and dominance vs. dominance.

This one is going to be good.

Here’s what you need to know about the group from Germany: 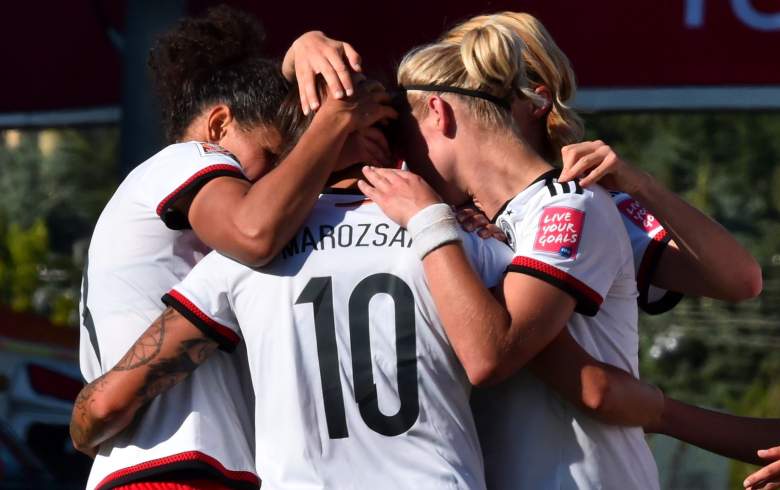 There is a very good reason why Oddsshark has Germany at 6/5 favorites to win the World Cup title this summer. This team is nothing short of phenomenal.

Not only is this year’s German team listed as No. 1 in the FIFA/Coca-Cola World Rankings, but since those rankings started, the group has never ranked below No. 3. Germany has qualified for all seven Women’s World Cups and boasts a 27-4-6 record on the stage with a pair of titles in 2003 and 2007. For good measure, the squad has also won three Olympic bronze medals and eight UEFA European Championships.

Let’s not focus on history though. Sure, Germany boasts an impressive resume of on-field accomplishments but the team has also been incredible during its current World Cup run. After a disappointing quarterfinal loss to Japan in the 2011 tournament, Germany began this summer’s tilt with a 10-0 victory over Ivory Coast, then cruised to a 4-0 victory over Thailand and a 4-1 showing against No. 5 Sweden. The offense is firing on all cylinders and waiting for the opportune moment to strike, with 30 percent of their World Cup goals coming in the final 15 minutes of play. 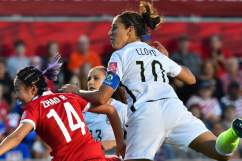 2. Goalie Nadine Angerer Has Been on the Team Since 1996 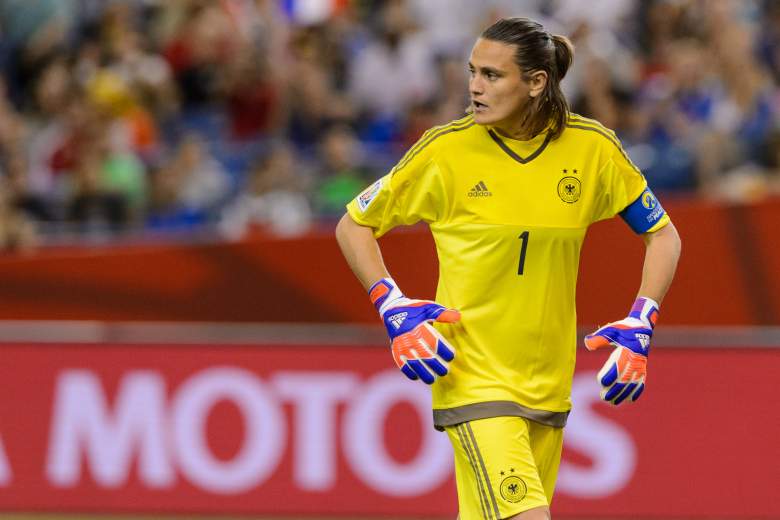 If there’s one name to associate with the German national team, it’s long-time goalie Nadine Angerer. The 36-year-old has 146 international caps to her name, making her first appearance for the national team in 1996. She waited in the wings behind then-starter Silke Rottenburg for the majority of the next decade before getting her first start in net during the 2007 World Cup.

In 2013, Angerer was the first goalie to be named World Player of the Year after leading Germany to the Euro Championship and giving up just one goal in six matches. This May, Angerer, who also plays stateside for the Portland Thorns, announced that she would be retiring from the German National Team after the World Cup. 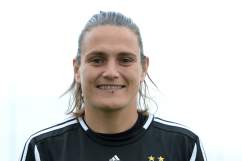 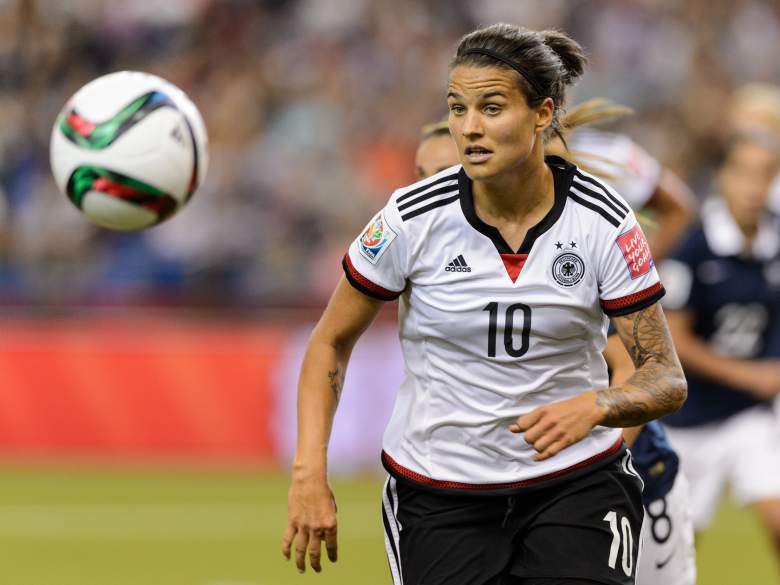 Marozsan, who is just 23-years-old, has been competing on the international circuit for over a decade and was the youngest player to ever compete in the Bundesliga when she suited up at just 14.

The midfielder has been a quiet force for Germany throughout the World Cup and her goal against Sweden in the Round of 16 was more circus trick than any kind of normal soccer play. Marozsan has been a key part of Germany’s attack on both sides of the ball but she may be sidelined against the United States.

Marozsan has a hyperextended left ankle injury and the team is not positive that she’ll be ready to go for the semi on Tuesday night. She was injured in last week’s quarterfinal victory against France when she entered the game as a sub. Germany coach Silvia Neid discussed Marozsan’s injury, and her ability to convert a penalty kick, after the victory:

I don’t know how she did it, to walk up to the spot. I said, ‘Oh my goodness. If we have to continue, somebody has to go.

4. Germany Defeated France on Penalty Kicks to Advance to the Semis 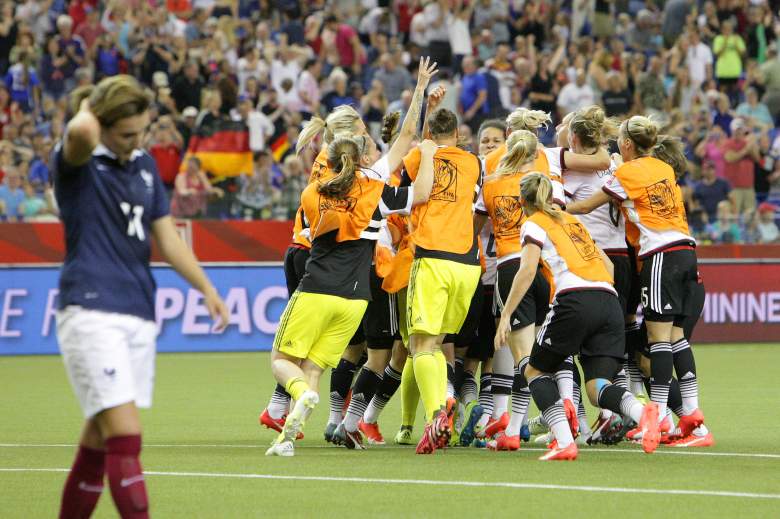 It was certainly a dramatic finish last week. After France converted on a goal early in the second half, Germany responded with a Celia Sasic goal, her sixth, in the 84th minute.

France & Germany are the best two teams in this WWC. What a battle this is.

The two teams battled for the remainder of regulation, as well as two overtime periods, but neither side could find the back of the net. It came down to penalty kicks. All five German players converted on their shots and Nadine Angerer made a critical stop on Claire Lavogez’s final attempt for France. 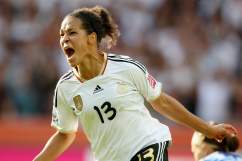 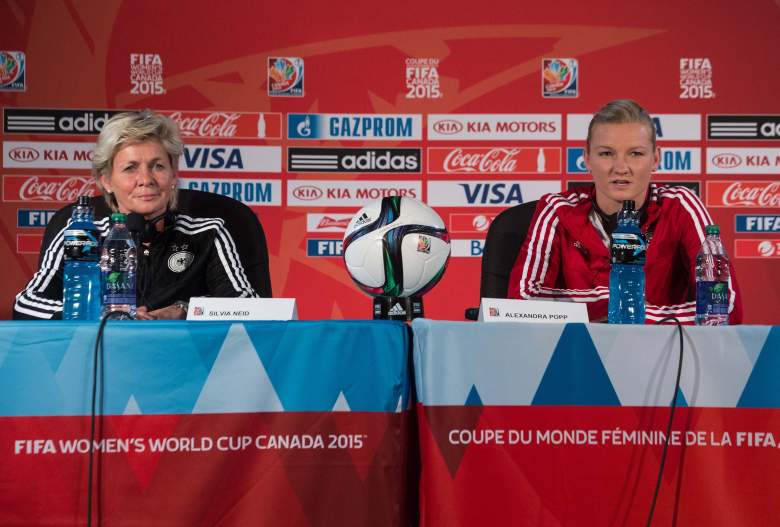 This game has certainly been a long time coming. The USA and Germany have faced each other since the Spring of 2013, competing in two different matches in the span of a month.

The United States won the first match 2-0 and followed up with a 3-3 draw in Germany. The two squads also played each other twice in 2012, competing in Connecticut and Illinois, and recording two more draws.

The last time Germany and the US saw each other in the World Cup was in a semifinal matchup in 2003; a 3-0 German victory. The United States defeated Germany in the quarterfinals in 1999, en route to their most recent World Cup title.

Read More
Soccer, Women's World Cup 2015
The No. 1 team in the world, Germany is the odds-on favorite to win the World Cup. But it will take a dominant performance to earn a spot in the title game.