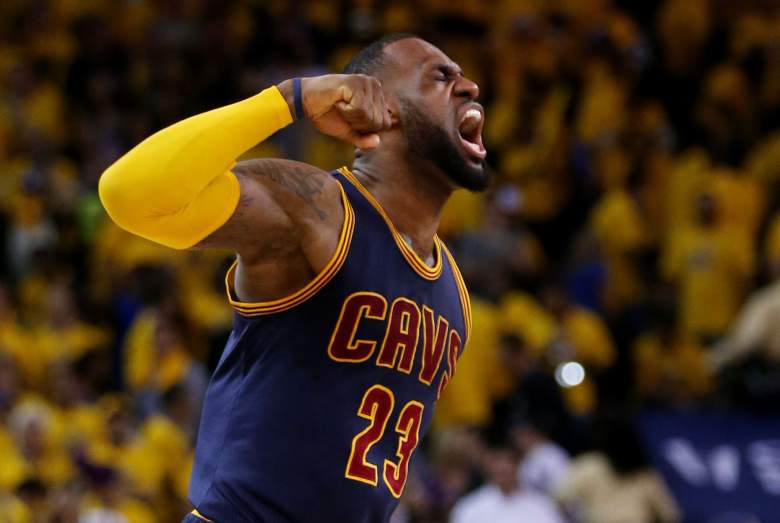 The Cleveland Cavaliers needed a big game from their best player Sunday night. To say they got that would be an understatement.

LeBron James recorded a triple-double to lead the Cavs to a 95-93 overtime win over the host Golden State Warriors to even the NBA Finals series at 1 game apiece.

James scored 39 points, grabbed 16 rebounds and dished out 11 assists, though he didn’t have his best shooting game. James was only 11 of 34 from the floor, including 3 of 6 from 3-point land, but went 14 for 18 from the free throw line. The All-Star also added a block and a steal, while committing 3 turnovers.

It was LeBron’s 13th career triple-double in the playoffs and 5th in the Finals as the Cavaliers got their first victory in the title series in franchise history.

What did it take from LeBron James to win tonight? "Everything. Everything." http://t.co/483mKYuZ11

LeBron James zips a perfect pass to JR Smith for the #AssistOfTheNight! http://t.co/mUIlYThhCK

LeBron James buries a DEEP triple for the #PlayoftheGame! http://t.co/xgRJJiCVNV