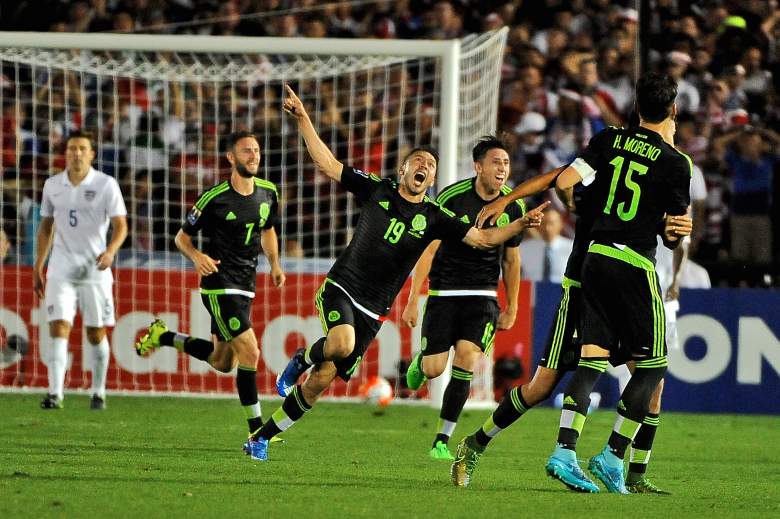 Mexico won a thrilling match against the United States. (Getty)

The match began with a series of goals and ended with another sequence of goals. Mexico defeated the United States 3-2 in extra time in a thrilling one-game playoff for the right to represent CONCACAF in the 2017 Confederations Cup in Russia.

The match began with both teams exchanging goals at the 10′ and 15′ mark. There was then a long drought as the teams ended regulation time tied 1-1. Mexico struck first with an early goal in extra time. Just as it seemed the United States chances were done, Bobby Wood scored a late equalizer. Wood had just come into the game and continued his streak of big goals off the bench.

It was Paul Aguilar that scored the dagger at the 118′ mark. It appeared the match was headed to penalty kicks, but the late goal by Mexico would turn out to win the match.

Here are all the highlights from Mexico’s thrilling victory:

The USMNT Named Their Starting Lineup

US soccer fans just tuning into this game may be surprised to not see Tim Howard’s name in the starting lineup. Klinsmann said weeks ago that the team would continue starting Guzan since Howard just recently rejoined the team after taking time off.

After a few early chances, Mexico capitalizes with a goal before the 10 minute mark. Javier Hernandez scored the goal for Mexico.

The United States Answered Right Back

Geoff Cameron scored on a beautiful header on the cross from Michael Bradley. The goal happened at the 15′ mark just minutes after Mexico opened the game with a goal.

Brad Guzan took exception to a hard challenge by a Mexican player. That led to both teams exchanging some shoves and choice words. No punches were thrown, but it did show just how serious this rivalry is.

Mexico Ended the First Half With Its Third Yellow Card

Hector Moreno picked up a yellow card right before the end of the half. It marked the third yellow card Mexico received in the first half. Bradley took the free kick and just missed the left corner of the net.

The Teams Remained Tied Into the Second Half 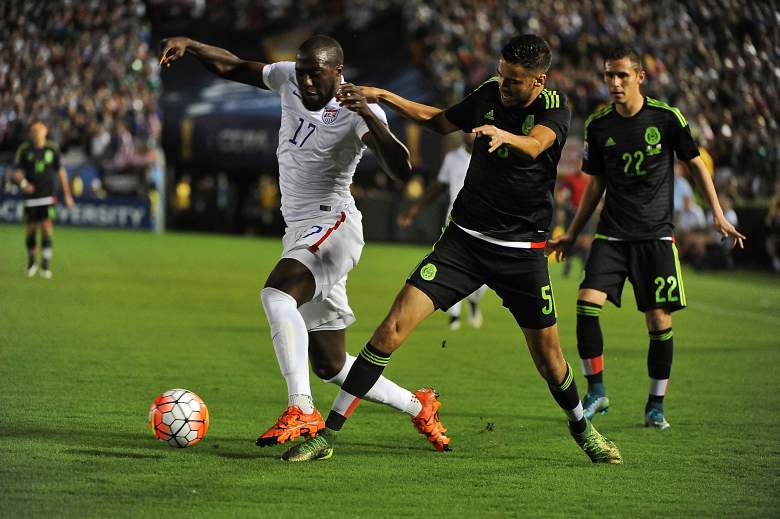 USA vs. Mexico was a physical match. (Getty)

The teams took a 1-1 tie into halftime. Mexico opened the second half with opportunities to take the lead again but could not capitalize. It was still 1-1 at the 65′ mark.

The Game Went Into Extra Time

After goals at the 10′ and 15′ mark the match went completely scoreless during the rest of regulation. There was a large no-call made on Matt Besler inside the box as his arm made contact with the soccer ball.

Mexico got off to a great start in extra time. The early goal gave them a 2-1 lead in extended time.

Bobby Wood scored this equalizer in extra time. Wood was a substitute that paid off big for the United States. Wood has a history of coming off the bench and scoring big goals. He did the same thing against Germany.

Mexico’s Paul Aguliar killed the hopes of American soccer fans with this goal late in extra time. The goal sent Mexico to represent CONCACAF in the 2017 Confederations Cup in Russia.

It happened at the 118′ mark just minutes away from the match ending in penalty kicks. Wood had just scored the equalizer for the United States and it appeared that the match would be settled by penalty kicks. 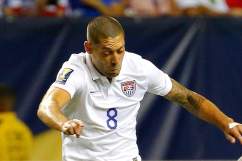 How to Watch Mexico vs. United States Live Stream Online

Read More
Soccer, USMNT
Mexico defeated the United States in extra time to head to the 2017 Confederations Cup. We have all the highlights, stats and analysis of the match.