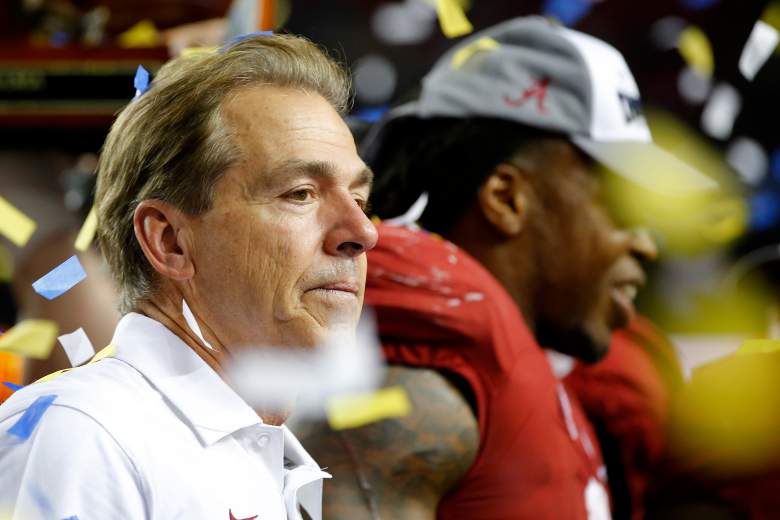 Alabama and Michigan State will square off in the Cotton Bowl for the College Football Playoff semifinal game. The game features two teams with similar styles.

According to ESPN, Alabama enters the matchup as a nine point favorite. Nick Saban coached at Michigan State from 1995 to 1999 and the matchup with feature Saban’s Alabama team against his former team.

Michigan State is one of the most tested teams in the country with wins against Oregon, Michigan, Ohio State and Iowa.

Here is the latest national championship odds courtesy of OddsShark:

Alabama is the slight favorite over Oklahoma. Despite being the number one seed, Clemson is third in the national championship odds.

If mich st beats Bama they will be the second non top 20 recruiter to make the NC game this century.