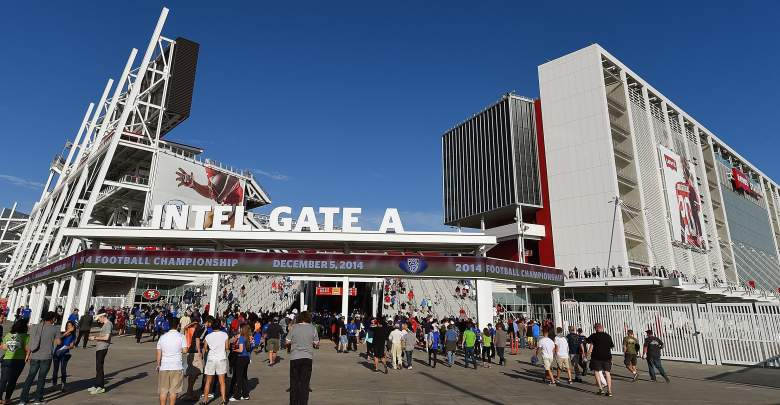 On February 7, 2016, Levi’s Stadium and the Bay Area will host Super Bowl 50. The stadium, located in Santa Clara, Calif., and the regular home of the San Francisco 49ers, was the brainchild of Niners owner John York. York decided to pursue building a new stadium for his team in Santa Clara since the team’s headquarters and training facilities are located there.

On May 29, 2009 the 49ers reached an agreement with the Santa Clara to construct a $1.3 billion stadium. Ninety percent of the stadium was funded by the sale of stadium assets, a hotel tax, the 49ers and the NFL. Groundbreaking occurred on April 19, 2012 and in May 2013, Levi Strauss & Co., purchased the naming rights to the stadium for $220 million over two decades.

On September 14, 2014 the San Francisco 49ers played their first game at Levi’s Stadium against the Chicago Bears.

Levi’s Stadium was designed by HNTB and built by Turner/Devcon for the Santa Clara Stadium Authority. The structure takes advantage of the Silicon Valley climate, so it is predominantly open and airy. The state-of-the-art facility was officially recognized as Sports Facility of the Year by Sports Business Journal in May of 2015, and followed that award one month later by being named Venue of Year by the The Stadium Business Awards in Barcelona, Spain. 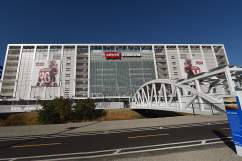 Where Is Levi’s Stadium? 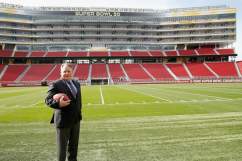 How Much Are Super Bowl 2016 Tickets?