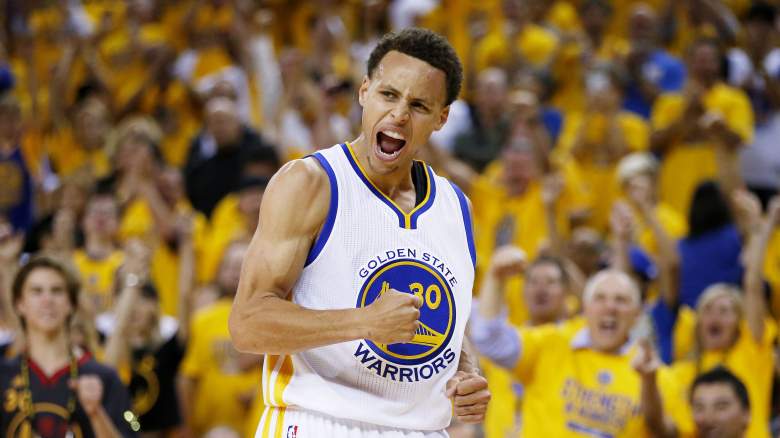 The Golden State Warriors are on the brink of a second straight NBA title, while the Cleveland Cavaliers are hoping history doesn’t repeat itself.

Game 5 tips off Monday night at 9 p.m. ET. Here’s a look at all the betting information you need to know, along with a prediction for potentially the last game of the season:

Top 5 Plays From Game 4 of the 2016 NBA FinalsCheck out the Top 5 plays from Friday night's action in the NBA. About the NBA: The NBA is the premier professional basketball league in the United States and Canada. The league is truly global, with games and programming in 215 countries and territories in 47 languages, as well as NBA rosters at the start…2016-06-11T05:22:17.000Z

Steph Curry, the reigning back-to-back MVP and most prolific shooter in NBA history, is averaging 21.5 points on just 43.8 percent shooting, pretty poor numbers by his lofty standards. His backcourt mate, Klay Thompson, has been even worse, averaging 15.3 points on 40.4 percent shooting.

And yet, the Warriors have won three of four games–out-scoring the Cavs by 59 points in the victories–and boast an offensive rating of 110.5, only slightly behind their historic 112.5 mark from the regular season.

They are simply too deep, getting major contributions from guys like Shaun Livingston, Harrison Barnes and Andre Iguodala, and perhaps more importantly, they are able to create too many offensive mismatches whenever Cleveland has Kevin Love or Tristan Thompson on the court.

Offensively, Cleveland has the firepower to keep things close, but at Oracle, where Golden State is out-scoring opponents by a silly 17.9 points per 100 possessions during the postseason, the Warriors will be too much.

Prediction: Warriors 101, Cavaliers 91 (Warriors straight up, Warriors against the spread, Under 206)

Read More
Cleveland Cavaliers, Golden State Warriors, NBA
The Warriors and Cavaliers meet for Game 5 of the NBA finals. Here's a full rundown of the betting odds, as well as a prediction for the crucial matchup.