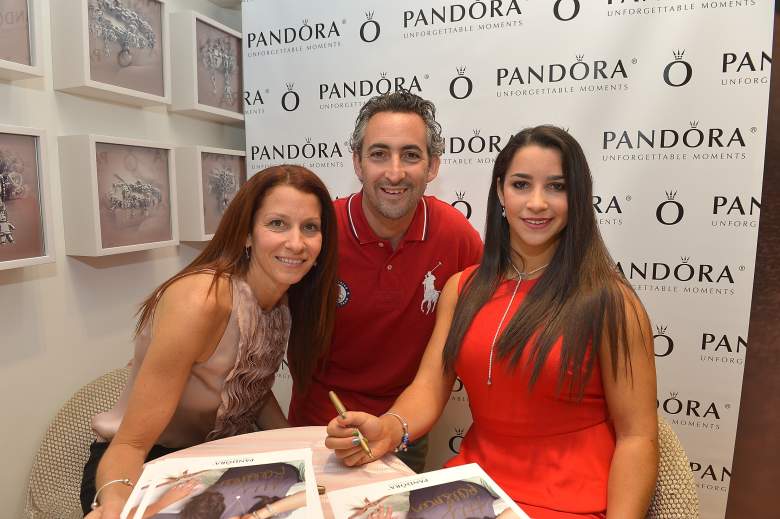 Aly Raisman won her third medal of the Olympics on Tuesday, finishing with silver after a score of 15.500 in the floor exercise final.

Last week, the 22-year-old gymnast helped the U.S. women’s team claim gold with a dominant performance, and seized silver in the all-around final with tears of joy.

Rio marks the 5-foot-2 gymnast’s second Olympics. In London, she won gold medals in the team and floor competition, along with a bronze on the balance beam.

After taking some time off after her first Olympic games in 2012, Raisman made the decision to return. Throughout her gymnastics career, her family has offered unwavering support.

Here’s everything you need to know about the Raisman family.

1. Raisman Is the Oldest of 3 Siblings

Raisman’s parents have become known for their extremely nervous reactions watching their daughter compete. Lynn and Rick Raisman were the hits of the London Olympics when their squirming ways were first captured on video. Her parents are no strangers to athletic competition — her mother was a gymnast in high school and her father played hockey.

Although Lynn and Rick have been in the media spotlight, Raisman also has extremely supportive siblings. The gymnast has three younger siblings — Chloe, Brett and Madison. Chloe is a competitive equestrian, Brett is pursuing a business degree at Washington University in St. Louis, and Madison also has an interest in horseback riding.

2. Raisman Says Gymnastics Is as Tough on Her Parents as It Is on Her

The life of an Olympic gymnast is extremely regimented— requiring countless hours of training, and many sacrifices along the way. Raisman’s parents have seen firsthand the ups and downs of their daughter’s career.

“I think it’s been just as stressful for my parents as it is for me,” Raisman said of her second attempt to make the U.S. Olympic gymnastics team, according to NBC.

“It’s so hard, it takes a village,” Raisman told NBC. “They’re there every single day when I get home from workout and I’m exhausted and don’t feel good. And I try to hide from them if something’s bothering me, I don’t want to tell them. Because it’s just like any mom, my mom’s protective and my dad’s the same; they just want the best for me and they get very nervous.”

Her parents weren’t sure if returning to gymnastics was the best idea for Raisman, who took a year off following the 2012 London Olympics.

“I think at first they didn’t really necessarily want me to come back, because they were like, ‘You’ve done so well, and it was so hard the first time. And it will be probably harder the second time because it’s hard enough doing it once let alone twice.’”

As Raisman told NBC in June, her parents did not place any pressure on her as she trained for a shot at her second Olympics.

“Even now, if I have a bad day my mom says, ‘If you want to stop now it’s OK, it’s 100% up to you.’ Obviously that’s not an option, but I feel like back in December, it was such a hard time because you’re so close and yet it feels so far from the Olympics. You’re testing out new routines and so it feels frustrating.

“But they said whatever you want to do, we’re always supporting you.”

3. The Raisman Family Appeared in a Reality TV Series

The entire Raisman family appeared in Lifetime’s docu-series Gold Medal Families, which premiered in June. Raisman told Us Weekly that the show will let others “see the reality and how much I train and how much I rely on my family.”

Raisman said was excited for her fans to realize the sacrifices her family has made.

“I wanted to do the show to show everyone how amazing and supportive my family is and how it takes a village for me to get to where I am,” she told Us Weekly. “Before I got my license, for example, my sisters always had to drive in the car with me when my mom took me to practice. They were too young to stay home alone, so they had to sit in the car for 30 minutes each way.”

4. They Recently Purchased a New Home in Needham 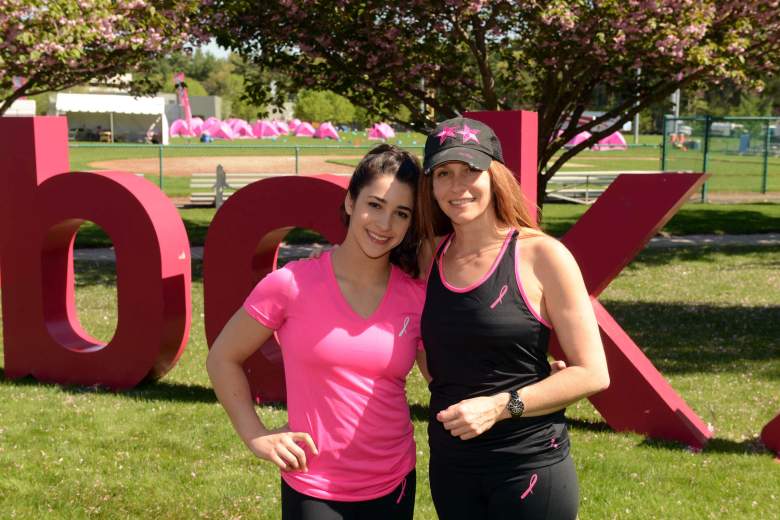 In June, the Raisman family moved to a new house in Needham, Massachusetts according to AOL. The spacious four-bedroom home features large walk-in closets, a formal dining room, a study with a fireplace, and a beautiful outdoor area with a pool.

5. Her Parents Have Become an Internet Sensation

.@Aly_Raisman's parents are back at it again with the shoulder lean! #Rio2016 pic.twitter.com/4WGS0drAcc

Raisman said she repeatedly came across the video of her parents’ reaction watching her perform.

Some have even noticed that her father’s shirts look somewhat familiar, as noted by USA Today.

“It’s so funny,” Raisman said. “I’ve been making my dad wear the same shirts that he wore in London for each competition because they’re good luck.” 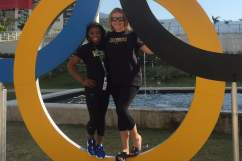 Read More
5 Fast Facts, Aly Raisman, Gymnastics, Rio Olympics 2016
Aly Raisman won her third medal of the Olympics on Tuesday. Here's more on her family, who has offered unwavering support throughout her career.