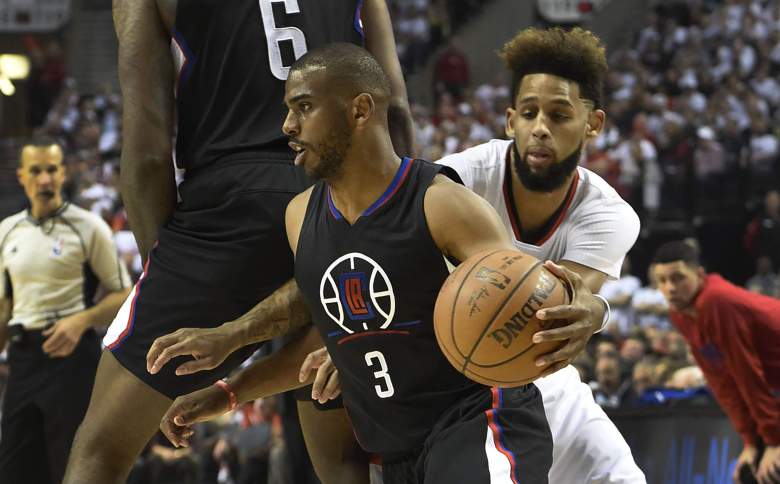 After a collapse against the Houston Rockets resulted in their missing out on the franchise’s first-ever Western Conference Finals appearance in 2014, the Los Angeles Clippers began last season with hopes on at minimum taking that next step. But thing didn’t work out that way, as injuries and misfortune derailed what at one point was a promising campaign in the first round of the playoffs. Blake Griffin broke his hand in an altercation with a team employee during the regular season, and both Griffin (quad) and Chris Paul (hand) were lost during the team’s series against Portland.

Despite the best efforts of players such as J.J. Redick, DeAndre Jordan and Austin Rivers the Clippers fell to the Blazers in six games, leaving them to wonder what could have been. Many of the same key contributors are back for head coach Doc Rivers, who also added free agents such as Marreese Speights and Brandon Bass for additional interior depth. L.A. should once again be in the mix out West, but how far they go will depend on whether or not they can avoid the bad luck that’s seemingly plagued the franchise for years. 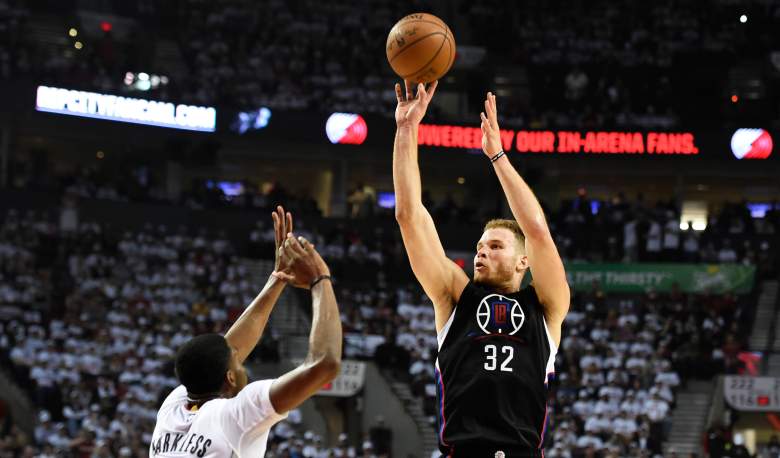 G: Chris Paul (19.5 ppg, 4.2 rpg, 10.0 apg) Still one of the best point guards in the game, Paul averaged at least ten assists per game for the third consecutive season and the sixth time in his career. Paul, who shot better than 46 percent from the field, also made his ninth consecutive All-Star Game appearance. Fully recovered from the broken hand that ended his season during Game 4 against Portland, Paul will be ready to once again lead the Clippers.

G: J.J. Redick (16.3 ppg) One of the best shooters in basketball, Redick will once again be the starting two guard for the Clippers. Last season Redick shot 48.0 percent from the field and 47.5 percent from three, and his true shooting percentage of 63.2 percent ranked third in the NBA. Teams know how Redick is going to get the ball, either in catch and shoot situations or running off of screens, but he still manages to make shots at a more than respectable clip.

F: Luc Mbah a Moute (3.1 ppg, 2.3 rpg) How can a guy who averaged 3.1 points per game make 61 starts? Simple: his value is found on the defensive end. Mbah a Moute fits well with this group because he isn’t much of a scorer, and he doesn’t need the ball in his hands to be effective. Mbah a Moute defends his position well, and he’s a willing screener on the offensive end of the floor.

F: Blake Griffin (21.4 ppg, 8.4 rpg, 4.9 apg) A torn quad muscle and the aforementioned broken hand limited Griffin to just 35 regular season games, with the aggravation of that quad injury resulting in his missing the final two games of the Portland series. Griffin’s healthy now, using the summer not only to recuperate but to work himself back into the condition he needs to be in if the Clippers are to have any chance of playing deep into the playoffs.

C: DeAndre Jordan (12.7 ppg, 13.8 rpg, 2.3 bpg) Jordan may still have issues at the foul line, but he’s one of the best centers in the NBA when it comes to rebounding and defending his position. A high-level rim protector, Jordan finished the year with a defensive rating of 98. On the other end he’s good in ball screen situations with Paul, who can simply lob the ball towards the rim where Jordan will finish with a powerful dunk. 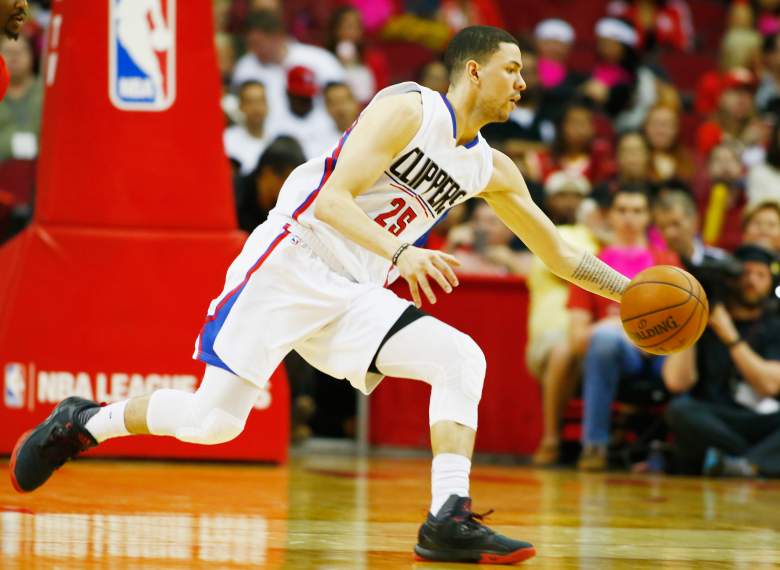 G: Austin Rivers (8.9 ppg) Much maligned throughout his career, Rivers turned the corner during the playoffs. He averaged 10.3 points and 2.7 assists per game against Portland, and in the final two games of that series (with Paul out of the lineup) those averages were 17.0 points, 4.5 rebounds and 5.5 assists per contest. The question for the son of the head coach is how the signing of Raymond Felton will impact his role.

G: Jamal Crawford (14.2 ppg, 2.3 apg) Once again named the NBA’s Sixth Man of the Year, Crawford provided the Clippers with consistent scoring off the bench. Crawford isn’t going to shoot a great percentage from the field, as he made just 40.4 percent of his shots last season, but his ability to get hot at a moment’s notice is of high value to the Clippers.

G: Raymond Felton (9.5 ppg, 3.2 rpg, 3.6 apg) Felton played in 80 games for the Mavericks last season, making 31 starts on a team that reached the playoffs. Now he’s in L.A., where his presence gives the Clippers an experienced floor general to call upon on the bench. How this affects Austin Rivers remains to be seen, especially with Crawford also needing to be part of the second unit.

F: Wesley Johnson (6.9 ppg, 3.1 rpg) The 6-foot-9 Johnson played in 80 regular season games last season, making nine starts. Johnson shot just 40.4 percent from the field and 33.3 percent from three in 2015-16, numbers that will have to improve if he’s to be a factor in the Clippers’ bench rotation.

F: Paul Pierce (6.1 ppg, 2.7 rpg) Pierce announced earlier Monday that this would be the final season of his storied NBA career, and he’ll look to go out with a bang. But how much can Pierce give the Clippers from a production standpoint after shooting 36.3 percent from the field and 31.0 percent from three last season?

F: Brandon Bass (7.2 ppg, 4.3 rpg) Bass played just over 20 minutes per game for the Lakers last season, shooting a solid 54.9 percent from the field on a really bad team. He has the size and strength to factor into the Clippers’ front court rotation, which is to be expected of him given how he’s performed throughout most of his NBA career.

F/C: Marreese Speights (7.1 ppg, 3.3 rpg) Speights is another front court contributor who left Golden State at the end of last season, and his offensive production off the bench is something that can aid the Clippers in 2016-17. After averaging 10.4 points per game and shooting 49.2 percent from the field in 2014-15 Speights’ numbers dipped some (as did his minutes), as he shot 43.6 percent in 2015-16.

Other Players in Clippers Training Camp 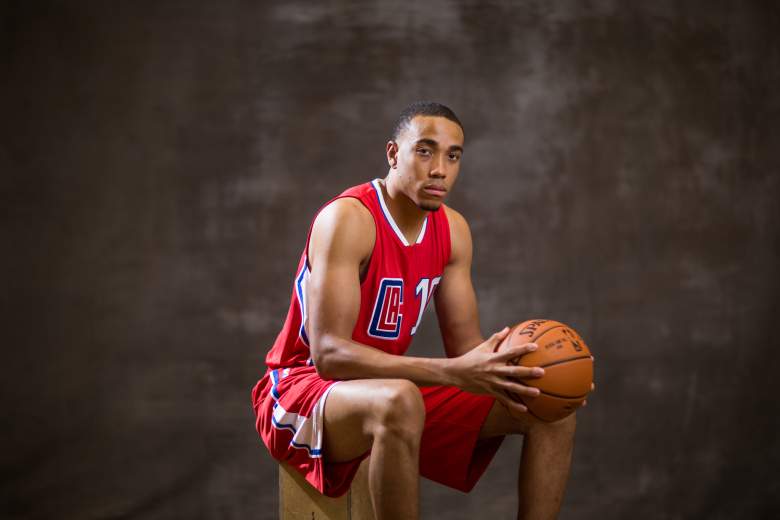 The Clippers enter camp with 15 guaranteed contracts, with NBA veteran Wright being the exceptions. In Brice Johnson the Clippers drafted a high-energy forward who runs the floor well and finishes above the rim. However, Johnson will have to avoid some of the defensive lapses that were an issue at times during his career at North Carolina. With their second round selection L.A. grabbed Maryland’s Diamond Stone, a talented big man who struggled with foul trouble and defensive lapses at times during his lone college season.

Anderson, like Ayres and Wright, has plenty of experience at the NBA level but given the number of perimeter players at Doc Rivers’ disposal playing time could be hard to come by. Wright is a good perimeter shooter and has good size at 6-foot-8.