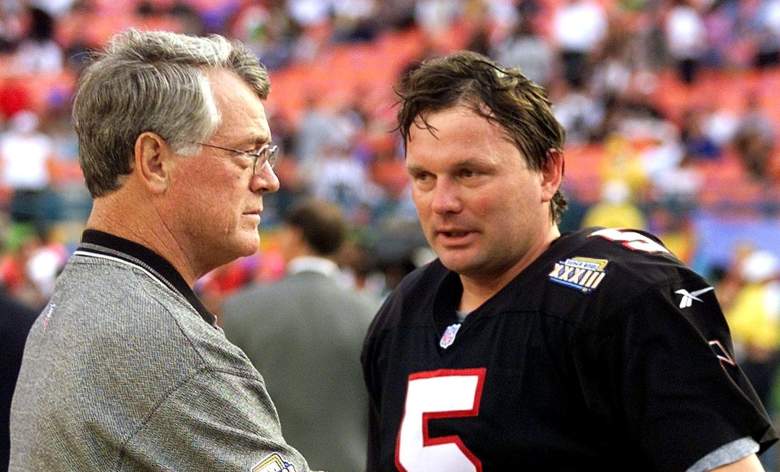 Sunday afternoon the Atlanta Falcons won the NFC championship, beating the Green Bay Packers by the final score of 44-21.

Atlanta beat the Vikings in overtime by the final score of 30-27 to win the NFC championship, with Reeves leading the Falcons against the franchise he took to three Super Bowls (all losses) during the 1980’s.

In what was quarterback John Elway’s final game, the Broncos won Super Bowl XXXIII by the final score of 34-19. Atlanta kicker Morten Andersen scored the game’s first points with a 32-yard field goal in the first quarter, but Denver would go on to score 31 of the next 34 points.

Tim Dwight’s 93-yard kickoff return in the fourth quarter was the Falcons’ first touchdown on that night, with Chris Chandler’s three-yard pass to Terance Mathis late in the quarter being the second.

Things got off to a rough start for the Falcons before the game even began, with starting free safety Eugene Robinson being cited for soliciting a prostitute the night before. Robinson’s legal situation did the Falcons no favors as they looked to dethrone a team that would go down as one of just seven that have managed to win consecutive Super Bowls. 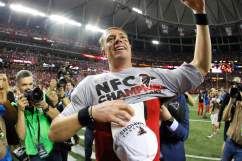