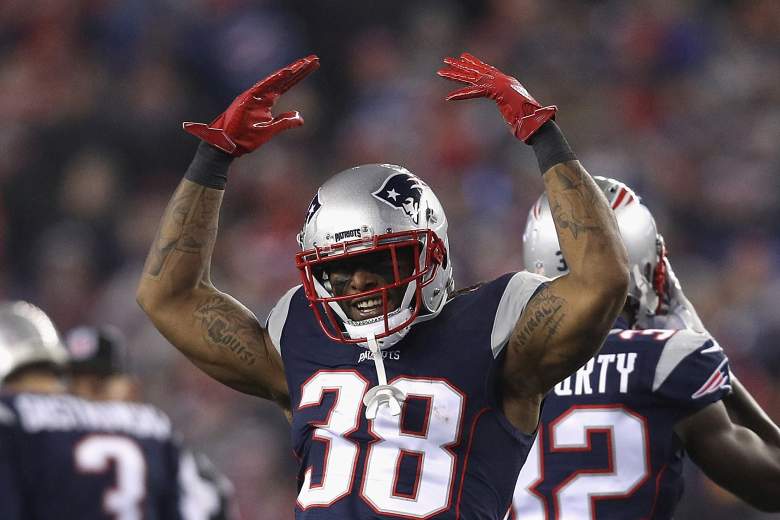 Running back Brandon Bolden is in his fifth season with the New England Patriots. The 27-year-old, who was born in Baton Rouge, Louisiana and played college football at the University of Mississippi, won Super Bowl XLIX with the Patriots.

Here’s a look at Bolden’s life and career.

Brandon Bolden and his wife Arianna are expecting their second child. The two already have a son, Braycen Bolden. When Bolden needs a reminder that he’s friends with quarterback Tom Brady, Braycen is there to help.

“My son kind of reminds me every now and then,” Bolden told NESN. “He’s like, ‘Tom Brady gave you a hug after the game.’ I’m like, ‘He sure did.’ ‘Wow.’ Then we’ll be watching highlights and stuff like that.”

Bolden said that whenever he visits his high school in Baton Rouge, people only ask about how close he is with Brady.

“When I go home, that’s usually the first question I get,” Bolsen told NESN. “I go back to my high school, and that’s the first question they ask is like, ‘So, are you and Tom Brady as close as it seems?’ I’m like, ‘That’s Tom Brady. That’s my boy.’ It’s been cool just coming in as a rookie in 2012 and fast forwarding to now, I never thought me and Tom Brady would be as tight as we are today.” 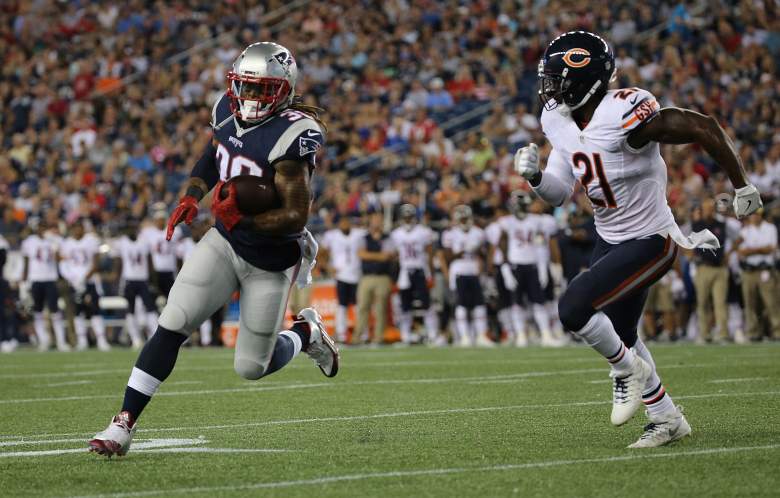 Bolden’s grandfather is Frank Pitts, a wide receiver who played for the Kansas City Chiefs, appearing in Super Bowl I and winning Super Bowl IV. Pitts played from 1956 to 1974, and also spent time with the Cleveland Browns and Oakland Raiders.

In an interview with The Enterprise in 2014, Bolden said that he’s been watching footage of his grandfather’s two Super Bowl appearances since he was six years old.

“He’s the one who opened me up to football,” Bolden told the Entrprise. “I wasn’t a big football fan growing up. He kind of stayed on me, always (urging me to) give it a try whenever I got a chance to and here I am today.”

Pitts is now 73 and was diagnosed with Alzheimer’s Disease. “He still gets on me even though he does have the Alzheimer’s. It hits him every now and then, but we still talk at least twice a week,” Bolden said.

3. A Big Lesson Bolden Learned at Ole Miss Is That Football Isn’t a ‘Me’ Game 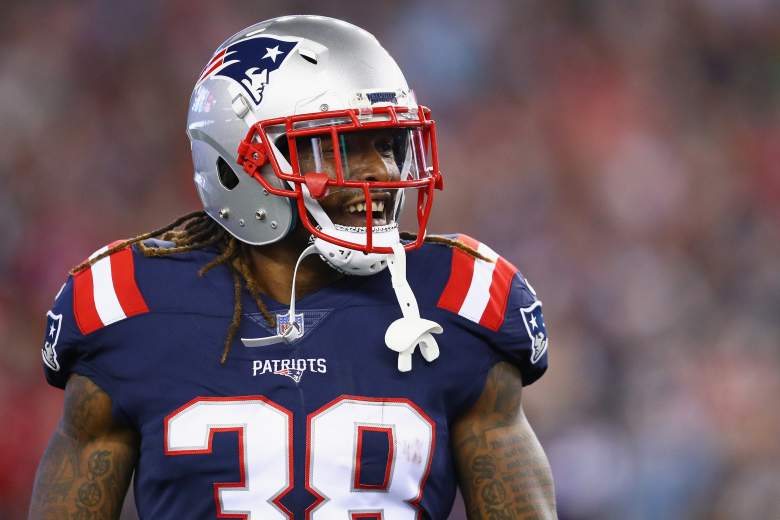 At Ole Miss, Bilden put together four good seasons, running for 2,594 yards on 486 attempts in his college career, with 27 rushing touchdowns. However, Bolden was signed as an undrafted free agent by the Patriots in 2012.

In an interview with USA Today, Bolden said that his time at Ole Miss taught him that football isn’t a “me” game, which is why he understands that he hasn’t been able to get much playing time in 2016. Most of his time on the field comes on special teams.

“It’s not written on the door, but it’s understood: We go out and play for each other,” Bolden told USA Today. “That’s where (New England’s) success stems from — actually believing in each other and going out and doing your best each day.”

Bolden told USA Today that even the Patriots players don’t know the team’s game plan until the Wednesday before a game. “No one knows what it’s going to be. (Offensive coordinator, Josh) McDaniels has by far the easiest way to absorb the game plan. He takes into consideration how each player learns and how he needs to do things,” he said.

4. Bolden Is 1 of Just 23 Plays Left on the Patriots Roster From Super Bowl XLIX 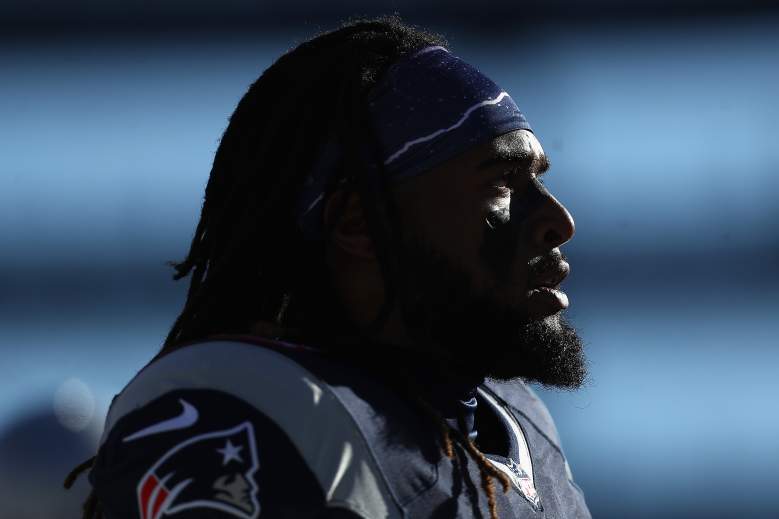 As NESN points out, Bolden is just one of 23 players left from the Super Bowl XLIX championship. Bolden and LeGarrette Blount are the only running backs to appear in both Super Bowl XLIX and Super Bowl LI for the Patriots.

Bolden didn’t have a big impact in Super Bowl XLIX. He only played in two offensive snaps, but had 20 snaps on special teams. He did have a tackle in the game, though.

Bolden was active for 14 games in 2016, but spent most of the season on the bench. He had just one rushing attempt for four yards, but had two receptions for 15 yards. In his entire career with the Patriots, he’s had only 385 rushing yards, six rushing touchdowns and two passing touchdowns.

5. Bolden Was Signed to a 2-Year Contract Extension Before the 2015 Season 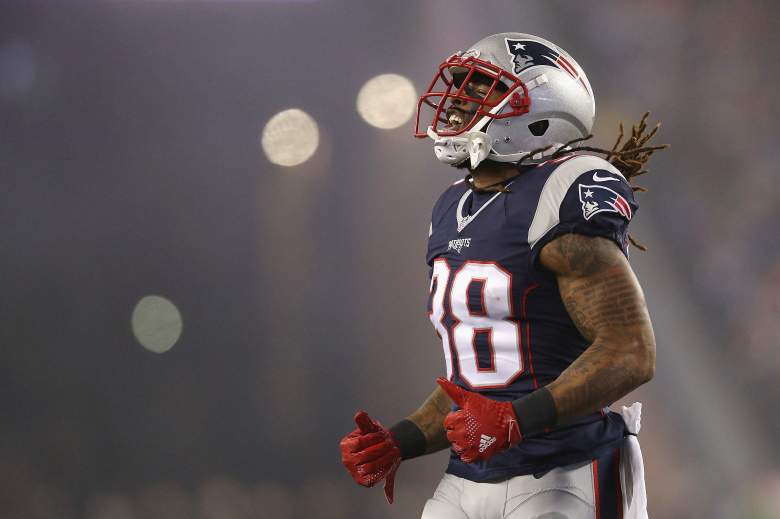 Although Bodlen’s production in 2014 was significantly less than what he did in 2012 and 2013, the Patriots still signed him to a two-year contract extension before the 2015 season. He will be an unrestricted free agent before the 2017 season.