In another embarrassing video released by the Jupiter, Florida Police Department, Tiger Woods struggles to take a simple breathalyzer test nearly two hours after police found him parked by the side of the road. Woods was arrested on suspicion of driving under the influence on the morning of May 29 and blamed the incident on his prescription medication.

The latest video shows Woods first being asked to state his full name, Eldrick Tiger Woods, at 4:23 a.m. Woods is then asked to give his hair and eye color, and he makes a joke. “Mostly brown… and fading… brown,” Woods says.

A few minutes later, Woods is asked to take a breathalyzer test. He is so exhausted that the woman testing him has to whistle to keep his attention as she gives him directions. She whistles, and tells him to blow out. Woods keeps blowing in though before eventually following her directions. “Don’t suck it, blow out,” she tells him.

During another segment in the video, Woods is asked if he wants to speak too a lawyer. He declines and begins to get up when an officer tells him to stay seated.

As the police report stated, Woods’ test showed that he had a .000 blood-alcohol level at the time of his arrest, according to police. The 41-year-old Woods blamed side effects of his prescription medication for the incident, saying that he was not drinking that night. 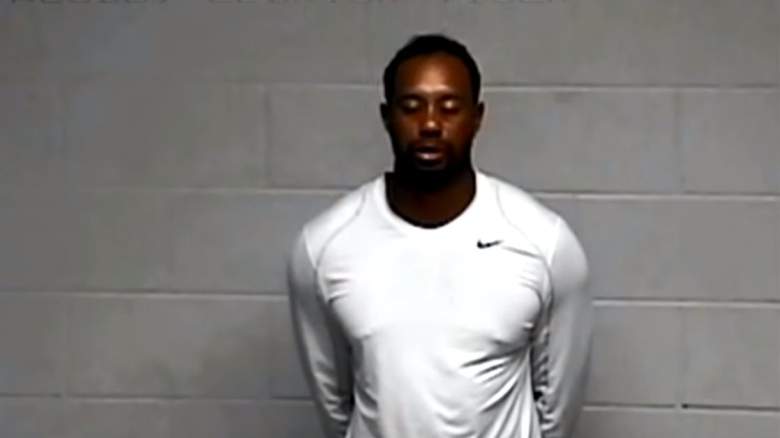 Police previously released the full dashboard camera video of his arrest. That video appears to show Woods failing the on-field sobriety tests. He was unable to walk on a straight line or touch his nose. When he was asked to recite the alphabet backwards, he first asked if the officer wanted him to say the National Anthem, according to the police report.

The police report states that Woods was found sleeping in a black Mercedes alone when police arrived. His car had a flat tire and “fresh” damage to the bumpers.

The officer described him as “cooperative” once they took him to the police station. He is due in court on July 5.

“What happened was an unexpected reaction to prescribed medications. I didn’t realize the mix of medications affected me so strongly,” Woods said in a statement. “I would like to apologize with all my heart to my family, friends, and the fans. I expect more from myself, too. I will do everything in my power to ensure this never happens again.”

You can read the complete police report below.