The Daily Mail reported on Monday that Bray Wyatt had an affair with JoJo Offerman, which led Wyatt’s wife to file for divorce.

This was particularly surprising because the last we heard, JoJo Offerman was in a relationship with Jesse White, a former WWE wrestler who she started dating in September 2013. It’s possible the two have since broken up, but the most recent confirmation that they were together came in April; The Daily Mail’s article states that Wyatt walked out on his wife and kids in March.

So who is Jesse White, the boyfriend – or possibly ex-boyfriend – of JoJo Offerman? Here’s what you need to know about him.

1. He Worked With the WWE For Two Years

Jesse White worked with the WWE for two years, signing a developmental contract in April 2011.

White made his debut on Florida Championship Wrestling almost

a year later, in March 2012; he formed a tag team with Corey Graves. Shortly after, he won the Florida Tag Team Championship with Graves.

Not longer after FCW’s transition to NXT, White stopped being paired with Graves, and he was not used very consistently after that. Then, in September 2013, it was announced that his contract with the WWE had been terminated. 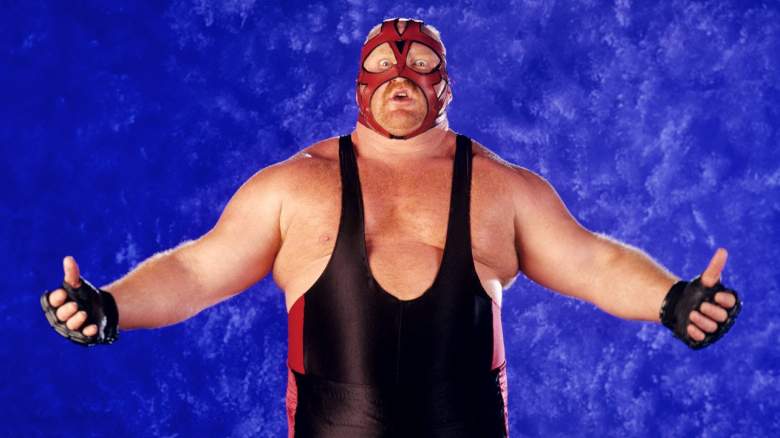 By becoming a professional wrestler, Jesse White followed in his father’s footsteps.

After all, his father is Leon Allen White, who performed under the ring name Big Van Vader. Vader worked for a number of companies, including New Japan Pro Wrestling, but he also spent several years with World Wrestling Federation and later World Wrestling Entertainment.

Big Van White no longer performs regularly, but he has occasionally wrestled in recent years, performing in Japan in April 2017 and collapsing after being dropped on his head.

In addition to wrestling, Leon Allen White also had a brief career as a football player; he was forced to retire due to a ruptured patella.

3. He Pursued Football Before Wrestling

Like his father, Jesse White also got started with a career in football.

White played on the offensive line for the University of Oklahoma in 2005. However, like his father, he was forced to retire due to injuries; in Jesse’s case, these were hip and back injuries.

“[Wrestling] wasn’t my initial plan growing up,” Jesse White told OU Daily. “Playing football was. Wrestling was always there, but I always thought football would be my sport. I came out here, it didn’t work out the way I wanted it to.”

When he began to pursue wrestling, Jesse White says that his father helped him to improve his technique.

“Me and my dad being my hardest [critics], we watch my match after and go over every little detail,” Jesse White told OU Daily. “You know, ‘This was good, this was great, this was bad, you need to do this next time.’”

4. He Has Faced Bray Wyatt in the Ring

Because they were both working for NXT at the same time, Jesse White and Bray Wyatt have faced one another in the ring.

Out with my queen for dinner @joseann_alexie

They celebrated their third anniversary in September 2016, and at the time, JoJo wrote on Instagram, “It feels like just yesterday ? Thank you for being you. Happy 3rd Anniversary to this man ❤️.”

White wrote at the time, “She makes me smile every day. Happy 3 year anniversary to this beautiful woman.”

Jesse White and JoJo Offerman were still together as of April 2017, as White posted a photo of himself with JoJo at WrestleMania 33.