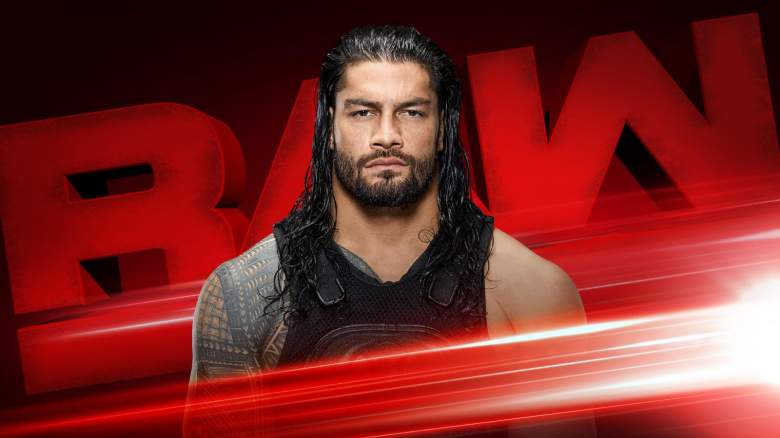 Roman Reigns will make an announcement tonight on Raw. (WWE.com)

11:01 – Kurt Angle enters. He says that someone has been attacking Enzo and Cass over the past few weeks, and he will not let Raw devolve. He invites Enzo Amore and Big Cass out to the ring. Enzo and Cass enter, and they say they’re going to prove that their attackers are sawft.

Angle says that he’s been talking to suspects all night long; he brings out The Revival and Big Show. Big Show denies that it was him, saying that if he were to attack someone, he’d do it to their faces. Big Show then leaves, feeling disgusted. Cass still thinks it was Big Show. Moving on to The Revival, Dash Wilder and Scott Dawson say that they are innocent. Angle agrees, saying he’s come to the conclusion that it was not The Revival.

Corey Graves then grabs the microphone. He says that he spoke with the WWE’s medical team, and none of them recall treating Big Cass after Cass was supposedly attacked. Graves then shows some security camera footage of Big Cass staging his own attack last week. Graves concludes that it was Big Cass who has been attacking Enzo. Cass says, “You’re damn right I did it!”

Cass says that Enzo constantly runs his mouth and that he wants to slap him across the face all the time, but he’s never done it before because he’s felt bad for him. Cass says that he finally snapped, and it felt good to attack Enzo. He concludes that Enzo has been holding him back from reaching his potential. “I’m the star here!” Cass says. “I’m the future! I’m where the money is!” Finally, Cass attacks Enzo, saying that they’re through.

10:48 – Nia Jax defeats Sasha Banks by disqualification. Not long into the match, Emma comes out to attack Alexa Bliss, who was sitting in on commentary. Alexa then runs into the ring to get Nia Jax’s help, and when Emma attacks Nia, the match ends in disqualification. Mickie James, Dana Brooke and Bayley soon join in on the action, with Bayley attacking Alexa Bliss and Emma. The segment ends with Sasha Banks, Bayley, Mickie James and Dana Brooke standing in the ring united.

10:20 – The Miz hosts an episode of Miz TV. His guest is Maryse, and The Miz offers a very elaborate apology for breaking the grandfather clock a few weeks ago. Two guys in bear costumes hold up apology signs. The Miz surprises Maryse with the repaired grandfather clock, and he says that he’s been spending the last few weeks fixing it. Maryse is silent most of the way through the apology but finally kisses him. Just then, Dean Ambrose enters. He runs in, and when Miz goes to pull Maryse out of Ambrose’s way, champagne spills in her face. Maryse storms off, and Miz gets so upset that he accidentally breaks the grandfather clock again. The two guys in bear costumes then start beating up Ambrose, and they’re revealed to be Curtis Axel and Bo Dallas. Axel, Dallas and The Miz stand victorious over Ambrose as the segment ends.

10:08 – Braun Strowman enters the ring, standing over Roman Reigns. He shouts, “I’m not finished with you!” He then chokeslams Reigns and challenges Reigns to an ambulance match at Great Balls of Fire.

9:42 – Samoa Joe defeats Roman Reigns. At the end of the match, Braun Strowman returns, pulling up to the arena in an ambulance and stepping out of the back of it. Roman becomes distracted, allowing Samoa Joe to get in the Coquina Clutch and score the victory.

9:40 – In a backstage interview, Samoa Joe points out that during his debut match, he defeated Roman Reigns. Roman needs to realize who he’s dealing with, Joe says.

9:38 – Backstage, Curtis Axel tries to raise the spirits of a dejected Bo Dallas. The Miz then enters and invites the two of them to join his entourage; he promises that if they do, he’ll make them stars.

9:31 – After the match, O’Neil grabs the mic and hypes the crowd up for Tozawa. He says that Tozawa is close to signing with the Titus Brand, and as soon as he does, he will become the next Cruiserweight Champion. Neville then grabs the mic and tells Akira Tozawa to tread carefully.

9:16 – Akira Tozawa and TJP are getting ready for a match when Titus O’Neil enters. He hypes up the match, especially Akira Tozawa, as part of the Titus Brand.

9:14 – Backstage, Finn Balor says that he’s going to do everything in his power to win the Universal Championship. While he’s being interviewed, Balor is suddenly attacked from behind by Elias Samoson. Samson says, “Don’t you ever upstage me again.”

9:00 – Seth Rollins enters. He’s excited that he’s going to be on the cover of WWE 2K18. But he says that all of this almost didn’t happen because for a while, he was at his lowest point and had burnt every bridge, yet the fans gave him a second chance. This is worth more than any possession he could fill his house with, Rollins says. Rollins is about to make a promise to the WWE fans when Bray Wyatt appears on the Jumbotron.

Wyatt says that Rollins contradicts himself, saying that material possessions don’t matter yet shilling for this corporate video game. Wyatt also says that deep down, Rollins is not the honest man that he pretends to be. Rollins says that Wyatt thinks he knows everything, but life doesn’t work that way. He says that gods only exist in our minds, and Wyatt is nothing but a coward.

Bray Wyatt makes his way down to the ring, and literally the moment Wyatt’s theme ends and the lights come on, Rollins jumps off the top rope and lands on Wyatt. He then leaves.

8:56 – Backstage, Corey Graves tells Kurt Angle that he’s sorry Angle didn’t have a good Father’s Day; Graves suggests that this is because of some mysterious text. Enzo Amore and Big Cass then enter. Enzo says that he thinks their mysterious attackers are Dash Wilder and Scott Dawson, while Big Cass thinks it’s Big Show. Kurt Angle promises that he’ll find out who the attackers are by the end of the night.

8:44 – Finn Balor defeats Bo Dallas. Dallas is extremely aggressive the entire time, and he actually assaults Balor before the match officially begins. Still, Balor is able to regain the momentum and score the win.

8:34 – Elias Samson is generally smarmy and takes a really long time tuning his guitar in the middle of the ring. He’s about to sing a song when Finn Balor enters. However, as soon as Finn Balor makes his way to the ring, Samson leaves.

8:32 – Goldust says that Hollywood is the place where dreams come true, but there’s another side to it, the side where dreams get shattered. Goldust says that he’s been there but has pieced himself together quite nicely, and now he’ll be flying into the city of angels. He then invites R. Truth to the debut of his latest motion picture, “The Shattered Truth,” next week.

8:00 – Roman Reigns enters. He says that when it comes down to it, he can’t be beaten one-on-one. Just ask Bray Wyatt, Finn Balor, Seth Rollins, Braun Strowman, and The Undertaker, he says. So at SummerSlam, Roman says that he wants to face the Universal Champion, whether it’s Brock Lesnar or Samoa Joe.

Samoa Joe enters. He points out that his name is not on Roman’s list of people he’s defeated because Roman has never beaten Joe. Roman tells him that he’ll never be Samoa Joe to him; he’ll just be Joe. Samoa Joe then attacks Roman Reigns, driving him into the barricade.