Following the news that his tag team partner Jason Jordan is the son of Kurt Angle (within kayfabe), Chad Gable issued a lengthy response on Instagram, in which he confirms that American Alpha has broken up.

In a lengthy statement that takes up nine screenshots posted in an Instagram gallery, Chad Gable says that Jason Jordan is his brother and his best friend.

“I’m gonna be honest, I had nothing in professional wrestling,” Gable writes. “I was just an Olympian doing something to get paid. But you…shined the light. You’ve showed me how beautiful the world is.”

Throughout this post, Gable recalls a few memories with Jordan, including the fact that when he was injured, Jordan slept next to his hospital bed.

“Not even my wife did,” Gable adds.

“For those of you that are asking, yes, American Alpha is over,” he writes.

Gable concludes by writing, “Jason, you gave me love for professional wrestling. I exist in wrestling because you got me here. I love you, my brother.”

Gable had previously reacted on Twitter on Monday night with a simple, confused response.

It’s unclear at what point Chad Gable found out that his tag team partner was moving to Raw and being announced as Kurt Angle’s son. One would think Gable found out with plenty of notice, but then again, it was just last week that Renee Young found out through Twitter that her show Talking Smack was being canceled. Still, Gable was likely given an idea of what was happening between him and Jordan when the WWE began to push him in single’s competition a few weeks ago. 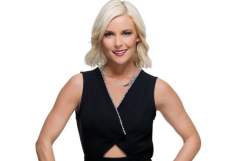