If you’ve logged on to Twitter today, you may have noticed that your feed has been taken over by Kansas City Royals fans. The hashtag “#VoteMoose” has become a trending topic, as fans are voting for third baseman Mike Moustakas to become the final American League Player to make this year’s All-Star Game roster.

In case you were wondering, Moustakas is lovingly referred to as “Moose” by the media and his fans. If you are ever at a ballgame at Kauffman Stadium, you can pick up some foam moose antlers for good measure.

As of Wednesday morning, Moustakas was leading in the final vote. Since voting ends this afternoon — at 4:00 p.m. Eastern, to be exact — fans are making a final push to send Moose to Miami for the game.

#VoteMoose retweet this! Let's get Mike in the All-Star game!

Moustakas is up against Elvis Andrus of the Texas Rangers, Xander Bogaerts of the Boston Red Sox, Didi Gregorius of the New York Yankees, and Logan Morrison of the Tampa Bay Rays.

If you would like to #VoteMoose, all you need to do is head to the Final Vote website and select him as your option. You will be required to fill in an email address, date of birth, zip code, and favorite MLB team in order to complete your vote.

You may also text your vote by texting the appropriate keyword on the ballot for a candidate to 89269 (USA) or 101010 (Canada). To text-vote for Moustakas, you’ll want to text “A5” to one of the numbers above.

Finally, you can Tweet your vote by using the hashtag for any given player. That means, if you tweet #VoteMoose, your vote will be counted. That also means that Moustakas is probably heading to the All-Star Game, given that he’s the only name trending thus far today. 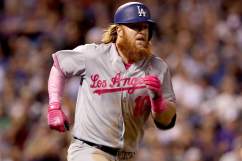