Alpine skier Resi Stiegler is competing in her third Olympics in PyeongChang. She’s no stranger to competition, having competed in numerous World Championships. After a string of injuries, she’s looking forward to being part of Team USA again this year.

When not skiing, Stiegler travels, takes photos, and spends time with her family, including a brother who competitively skis and an Olympic-champion father.

1. Skiing Is in Her Blood

Resi Stiegler was born on November 1985 in Jackson Hole, Wyoming, to Carrie and Josef Stiegler. Her father, also known as ‘Pepi,’ is an Olympic champion skier from Austria. He competed in the 1960 and 1964 Winter Olympics, winning a silver medal in 1960 and a gold and bronze in 1964. Resi is named after Resi Hammerer, her father’s friend who won the bronze medal in downhill at the 1948 Winter Olympics.

Stiegler began skiing at age two, and racing at age six. She attended Winter Sports School in Park City, Utah, where students are able to focus on winter sports and dedicate time to schoolwork in other months of the year.

Her younger brother Seppi is also a competitive skier and her partner Kevin Pritchard is a professional windsurfer.

2. This Is Her Third Olympics, but the First Since Several Injuries

#oneworld ??? The Olympics really are so magical how we can all come together and be happy ? can’t wait to watch everyone shine ?? love my #teamusa

This year’s games are her first Olympics since tearing her ACL in 2015, the last in a series of injuries. She’s had surgery in February, 2015, and has been training since September of that year.

“I had a string of injuries that lasted for about seven years, and I still had podiums after those injuries. I’m on the team, and qualifying for my third Olympics is an accomplishment. A little bit different than I set out to be doing when I was 16,” she told Sports Illustrated.

3. She’s Been Competing Since Her Teens

Annnnddddd I did win something ? extremely thankful for all the people who got me to where I am. I am not satisfied with my season which is good. I'm hungry for the next. Hungry for more. I'll be ready to do whatever it takes to get what I want, after a much needed break. Lots of love everyone! Thank you ??? #teamresi

Stiegler wowed the world during her World Cup debut in 2002, when she finished 11th in slalom at age 17. Her racing career started much earlier though. In 1999, she won a silver medal in giant slalom and a bronze medal in slalom at the Junior Olympics. The next year, she won gold in both events. In 2002, she finished second in the NorAm slalom.

4. Her Signature Charm Endeared Fans and Angered the IOC 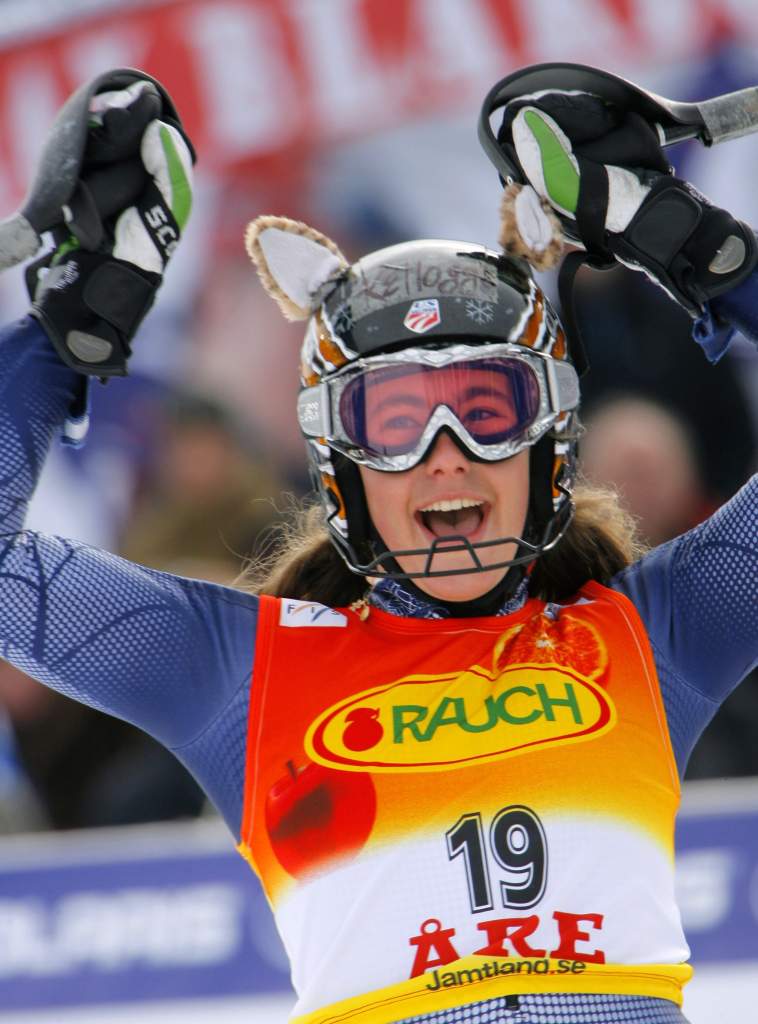 When she was younger, Stiegler was known for skiing with tiger ears on her head. She told Bustle she was “looking to be a little bit more standout.” The ears started out as a joke, but turned into a lesson about being yourself.

The International Olympic Committee said she couldn’t wear the ears, but family and fans told her to push back.

She said it was “important for kids to understand that they can be who they want to be.”

Eventually, she was given approval to wear the ears, after submitting letters for approval to governing bodies and proving the ears were not sponsored.

5. She Loves Travel and Photography, and  Blogs and Instagrams

When not competing, Stiegler loves to travel. She splits here time between Jackson Hole and Hawaii, but also travels all over the world.

“I’m into just seeing everywhere I go,” she said to Sports Illustrated.

Her hobbies include photography, which is obvious from her Instagram feed, which is full of artistic photos, and from her blog, which is mostly photos.

Read More
5 Fast Facts, Sports, Winter Olympics 2018
Alpine skier Resi Stiegler is competing in her third Olympics in PyeongChang. She's no stranger to competition, having competed in numerous World Championships. After a string of injuries, she's looking forward to being part of Team USA again this year.