When NFL analyst Adam Schefter broke the news that the New England Patriots signed veteran quarterback Cam Newton to a one-year deal, Twitter, of course, lost its collective mind. Many current and former players congratulated Newton, and some fans and analysts sharing the obligatory Bill Belichick meme or two.

Couldn’t be happier for @CameronNewton! Patriots are getting a stud!! 👏👏👏

COMING FOR THE AFC EAST pic.twitter.com/v9YGMMXFI9

Amidst all the reactions, another theme began to pop up with a bit less frequency: the Chicago Bears started to get heat for choosing to sign Nick Foles instead of Cam Newton.

The Bears, like all 31 other teams in the league, had the chance to snag the talents of former MVP Newton. Instead, they chose to play it safe and pay more for it. Chicago sent a fourth-round draft pick to the Jacksonville Jaguars in exchange for veteran Nick Foles. They signed the Super Bowl MVP to a three-year, $24 million contract with $17 million guaranteed, per Over the Cap.

The Patriots, meanwhile, waited it out, and will reportedly pay Newton $1.1 million with possible incentives, which could take his contract up to a max of $7.5 million. Seeing the bargain the Pats got, many fans and analysts jumped on the Bears and GM Ryan Pace for choosing Foles over Newton.

Nope. Can't think of anyone who'd do that. pic.twitter.com/UUA4LUymQt

There are a lot of factors to consider, and I know that framing it like this lacks nuance, but:

The Bears traded a fourth-round pick for Nick Foles and will pay him about $20 million in guarantees. The Patriots just got Cam Newton on the Ryan Tannehill reclamation deal.

I get that Foles knows the system. I get the injury concerns with Cam. But Foles also has injury concerns, and Bears with Trubisky as backup are in a good spot to take a shot on a high-upside injury risk.

The Patriots, on the other hand, wait and let the value come to them, which is why they've been consistently good for 2 decades. Best run team in the NFL.

Pace's strategy is a losing one over time, even if some of the moves hit. He doesn't understand how to maximize value.

The Bears signed Nick Foles earlier this offseason and will pay him $21 million.

Meanwhile, the Patriots just signed Cam Newton for less than he was making at Auburn.

When you see how affordable the contracts for Cam Newton and Jameis Winston were, it becomes extremely hard to justify the Bears' decision to trade a fourth-round pick for the right to give Nick Foles a three-year, $24 million contract with at least $17 million guaranteed.

The Bears should have just signed Cam Newton at the beginning of the offseason. When healthy he’s better than both Foles and Trubisky. 🤷🏻‍♂️

While the critics of this decision are correct from a fiscal standpoint, there are certainly other factors that played into the Bears’ decision.

Foles Knows Nagy’s Offense Better; Newton Would Have to Learn it 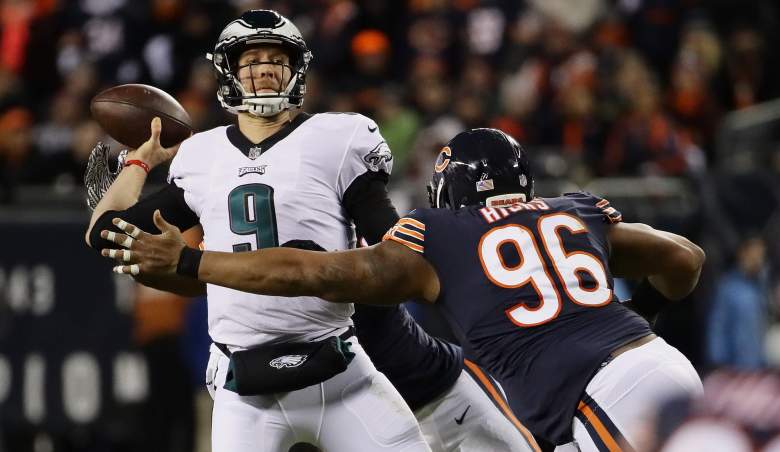 In a unique and shortened season like this one, knowledge of the offense, system and playbook matter. Thus, in a sense, the coronavirus pandemic has indirectly guided the team to make the decisions it has made in recent months. Newton would have far less time than he normally would to learn an offense he is completely unfamiliar with.

Health and the inability to conduct business as usual were other key factors. Unable to have their team doctors examine Newton, the Bears could not be sure Newton was 100 percent, despite Instagram videos showing him looking mega-fit and healthy. His injury history is a definite concern, and while Foles has had a few injuries, including a broken collarbone last year, calling him injury prone is a bit of a stretch.

I wouldn't call Foles injury prone. He's had two major-ish injuries in his career, and one was in 2014.

His inability to play all 16 games lies more with the fact that he's never been able to hold/take over a full-time starting gig. Different concern, but a concern nonetheless. https://t.co/exWKA1o17C

Foles’ deal is also not as bad as it seems. There is a scenario in which the veteran QB could choose to void his contract. Per Brad Biggs of the Chicago Tribune: “The final two years of the contract would automatically void if Foles is on the field for at least half of the Bears’ offensive plays during the regular season and postseason and they reach the NFC championship game [in 2020]. The deal can be voided after two years if similar provisions are met in 2021.”

So, if Foles plays well and takes the Bears deep into the playoffs, he could choose to seek another contract with another team, leaving the Chicago without a quarterback. Again. But let’s be real — Foles isn’t the long term answer at the position for the Bears, and there’s no way to know whether Newton would be, either. Still, the numbers involved in Foles’ deal with Chicago aren’t as awful as people seem to think. As Over the Cap’s Brad Spielberger told the folks at Windy City Gridiron:

“After 2020 there will just be $2.66 million in signing bonus prorations remaining [on Foles’ contract]. Guaranteed base salary ($5 million total after 2020) would disappear. Finally, depending on the void date and the payment date of the 2021 roster bonus, that may disappear as well. If not, there would still only be $6.66 million in dead money after 2020, which isn’t too bad at all. So, the Bears likely wouldn’t be on the hook for much beyond 2020 … but they also wouldn’t have a quarterback on the roster.”

It’s clear the Bears went the safe route with Foles. But in a way, they were also paying for peace of mind.

Foles has worked closely with not only Bears head coach Matt Nagy, but two other key offensive coaches: new offensive coordinator Bill Lazor and new quarterbacks coach John DeFilippo. Bill Lazor was Foles’ QB coach in 2013; Nagy served as offensive quality control coach Foles’ rookie year with the Eagles in 2012, and DeFilippo was Foles’ QB coach in 2017 when he took the Eagles to the Super Bowl.

Foles is also comfortable in Nagy’s system; he has won in it, and it is where he has achieved the most success, with Philly running a very similar offense in 2017 when he took them all the way. Newton is unquestionably the more athletic and talented of the two, and he certainly would have made an intriguing choice in Chicago — but the team clearly didn’t think he was worth the risk. Only time will tell whether or not they were correct.

Read More
Chicago Bears, Football, NFL
The Chicago Bears have come under fire for their decisions about the quarterback position yet again.