The Vikings had a moment of solace when the team confirmed a conditional trade with the Las Vegas Raiders on Monday. Defensive tackle P.J. Hall, a former 2018 second-round pick that was expected to help the Vikings fill the void left by nose tackle Michael Pierce, who was a high-risk opt out of the 2020 season due to his asthma.

The moment didn’t last long. Hall failed his physical 24 hours later, which nullified the deal and brought the Vikings back to square one (and Hall back to Las Vegas). Mike Zimmer said he has a plan with the rostered defensive linemen, but adding depth is always a good move and possibly an imperative amid a pandemic.

The NFL provided millions in cap space relief on Wednesday by ruling signing bonuses will not go against a team’s cap space in 2020. The Vikings saved $2 million from Pierce’s contract and now have roughly $14 million to spend. The $2 million alone could secure a one-year deal for a replacement.

One of the most-touted defensive tackles on the free market happens to be “roarin’ to go,” per KSTP’s Darren Wolfson. 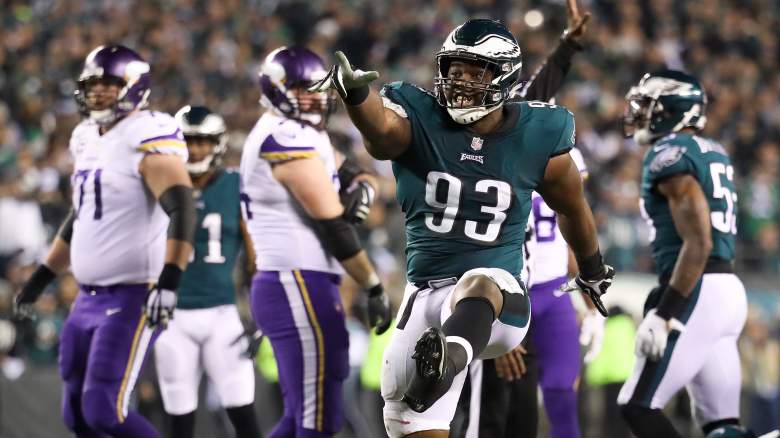 Timmy Jernigan has been on several teams radars after being released by the Eagles, the team he played with on since 2017 on his second contract.

Jernigan, a 2014 second-round pick by the Baltimore Ravens, has been impactful when on the field. In his final year in Baltimore, Jernigan had the highest run-stop (10.8) percentage of any 3-4 defensive end, missing just one tackle that season. Jernigan went to the Eagles on a four-year, $48 million contract and won a Super Bowl, starting in 15 regular-season games in 2017.

Like Hall, Jernigan has concerns that make him a risky, but potentially high-reward prospect with a low price tag. Jernigan had surgery on a herniated disc in his back in 2018 and played just three games that season. He missed six games with a broken foot last year on a one-year, $2 million contract, per Sportrac.

Jernigan had a verbal deal with the Houston Texans for a one-year, $3.75 million contract which never materialized after he failed his physical. The reason is unknown, but Wolfson said his “health is said to be good now. the Vikings haven’t touched base” as of Tuesday morning.

Defensive tackles have become a hot commodity as eight players at the position have opted out. Securing Jernigan soon before other offers come in could guarantee a better price, and the addition of Dom Capers could help Jernigan transition into the Vikings 4-3 scheme with ease.

If the Vikings decide to wait, they could secure Hall off free agency when and if the Raiders cut him from the roster and not have to give up a seventh-round pick. Regardless of which route the team goes, defensive tackle seems to be a concern not only for the Vikings but around the NFL.

Jernigan will be looking for a one-year deal and redeem his worth with a potential team. If he doesn’t pan out, the Vikings will have Pierce back next season and if he does he could prove to a valuable asset in the future.