When asked “Steve Wozniak left Cal to co-found this computer company but returned in 1981” on Celebrity Jeopardy, University of California graduate, and NFL MVP, Aaron Rodgers answered, “What is IBM?” That was the wrong answer, it was Apple, and Rodgers responded “F***”.

Although it was muted, the Jeopardy fan Rodgers was captured in the above video caught in his frustration. 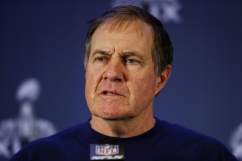