The Seattle Seahawks and the Kansas City Chiefs square off in the second preseason game for each team. Both teams acquired a new threat on offense during the offseason. The Seahawks acquired tight end Jimmy Graham from the New Orleans Saints while the Chiefs signed wide receiver Jeremy Maclin.

Despite the victory, the Chiefs first-team offense was not exactly impressive. Fans would like to see more of Jeremy Maclin and better play from quarterback Alex Smith.

Friday night’s contest begins at 7 PM CT/5 PM PT. The game will be broadcast on NFL Network as well as the local Denver and Seattle affiliates.

Watch Seahawks vs. Chargers on Mobile 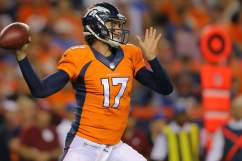