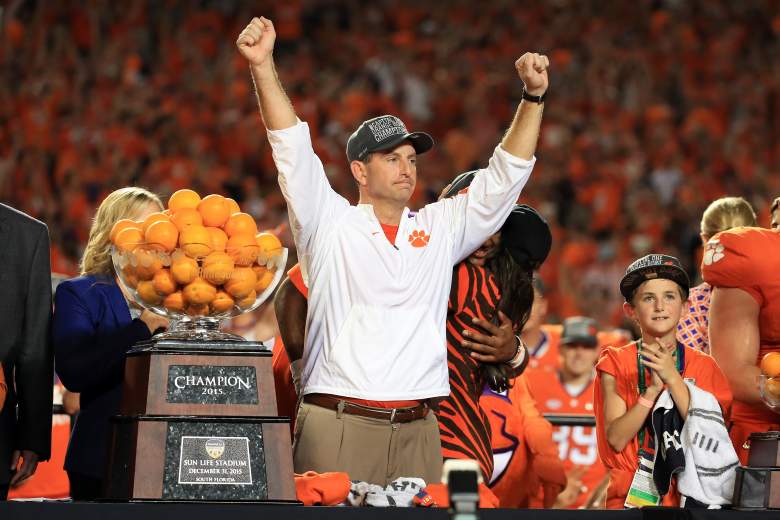 The college football national championship is 2 Alabama against 1 Clemson. The two teams will face off on January 11th, 2016 in Glendale, Arizona.

According to OddsShark, Alabama opened as a seven-point favorite but the line is now at 6.5 points. The over-under is set at 52.5 points.

Alabama opened favored by six to seven points according to various sports books. Pinnacle Sports had Alabama as a six point favorite while Westgate had the Crimson Tide favored by seven right after Alabama’s dominant victory over Michigan State.

Clemson had a dominating performance against Oklahoma in the Orange Bowl to advance to the title game.

The national championship features Clemson coach Dabo Swinney against his alma mater. Swinney was a walk-on football player at Alabama.

Alabama showed more of an explosive offense in the Cotton Bowl than we have seen all season. They did so against a good Michigan State defense.

Clemson pulled away from Oklahoma in the second half of the Orange Bowl and displayed a dynamic offensive attack.

The Crimson Tide traditionally do not have problems with teams like Michigan State. The Spartans played a similar style as Alabama, but a less polished version.

The Vegas line for the national title game is much closer than the spread for the Cotton Bowl. Part of the reason is the threat that the Clemson offense poses to Alabama.

DeShaun Watson is exactly the kind of quarterback that can have success against Alabama. He is able to move around in the pocket to extend plays and also offers a threat with his legs.

Like the rankings, the F+ Ratings have Alabama and Clemson as the top two rated teams.

Just like they were in the Orange Bowl, Clemson finds themselves as underdogs again heading into the title matchup. Swinney’s sqaud has succeeded in this role and love playing with a chip on their shoulder.

It will be an entertaining matchup with teams with contrasting styles.

Click here for a preview of the national title matchup. 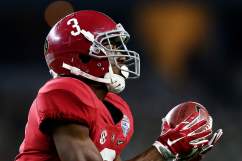