Zaevion William Dobson will be the youngest recipient of the Arthur Ashe Courage Award at the ESPYs. (Facebook)

Zaevion William Dobson, a Tennessee high school football player who was killed last year while saving three girls from gun fire, has been honored with the Arthur Ashe Courage Award at the ESPYS on July 13.

Dobson, who was 15 when he was killed on December 17, 2015 in Knoxville, Tennessee, will be the youngest recipient of the award. “There’s nothing more courageous than somebody sacrificing their own life for somebody else,” ESPYS executive producer Maura Mandt said in a statement.

On August 25, Knoxville police announced the arrests of Richard Williams and Chrstopher Bassett in connection with Dobson’s death. They were both charged with first-degree murder.

Local8Now reported that Christopher Bassett, 20, was arrested in the shooting. He was first charged with being a convicted felon in possession of a firearm and violation of probation.

Here’s what you need to know about Dobson’s life and his heroic actions.

1. Dobson Had a Bright Future & Loved To Make Everyone Laugh, His Friends Said

Dobson was a sophomore at Fulton High School and was remembered by his friends as someone who loved making people laugh and had a bright future ahead of him.

“If you knew the young man and he laughed with you, smiled with you, talked to you, shared his life and time with you and if you were around that family you would know that he was worth it,” his mentor, Jihal El-Amin, said in December, WATE reported.

“He’s a great kid you know, always happy, smiling, it was always good vibes with him, brightened up everybody’s day,” Gaston Strong, a senior at the high school, told WATE. “t’s definitely tough whenever you lose a teammate especially one like Zae, a real good kid and a really good friend of mine. He’s going to be missed dearly.”

2. Dobson Was a Mentor for Others at the 100 Black Men of Greater Knoxville

Dobson was not only a high school athlete, but was also an example to his community even before his death. He was a mentee and mentor of the 100 Black Men of Greater Knoxville. The group honored Dobson in June at their annual gala. They established a scholarship in his honor, which will give $1,000 to high school graduates.

The 100 Black Men of America, Inc. is a group that helps young African Americans get the economic and educational opportunities they need.

3. Dobson’s Mother Will Accept the Award in His Place

ESPN said that Dobson’s mother, Zenobia Dobson, will accept the award at the July 13 ESPYS in Los Angeles. His brothers, Zackelyn Dobson and Markastin Taylor, will also be there.

After Dobson’s death, Zenobia told WATE that law enforcement and school staff had been so kind to the Dobson family in their time of tragedy. She works at the Knoxville-Knox County CAC Office on Aging for their mobile meals program. 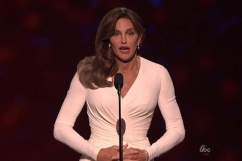 Zaevion Dobson died saving three friends from getting shot. He was a hero at 15. What's our excuse for not acting? https://t.co/hn98uGsjKZ

Dobson’s actions were also noticed by President Barack Obama just days after his death. “Zaevion Dobson died saving three friends from getting shot. He was a hero at 15. What’s your excuse for not acting?” the tweet read. 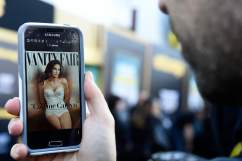 5. Dobson Will be the First Posthumous Winner Since Pat Tillman

Dobson will be the first posthumous recipient of the award since Pat Tillman in 2003. Tillman, along with his brother Kevin, decided to end their sports careers to serve in the Army. Tillman was killed in Afghanistan.

The year before, at the 2002 ESPYs, four passengers from Flight 93 who died on September 11, 2001 were honored. Todd Beamer, Mark Bingham, Tom Burnett and Jeremy Glick were picked because of their interest in sports.